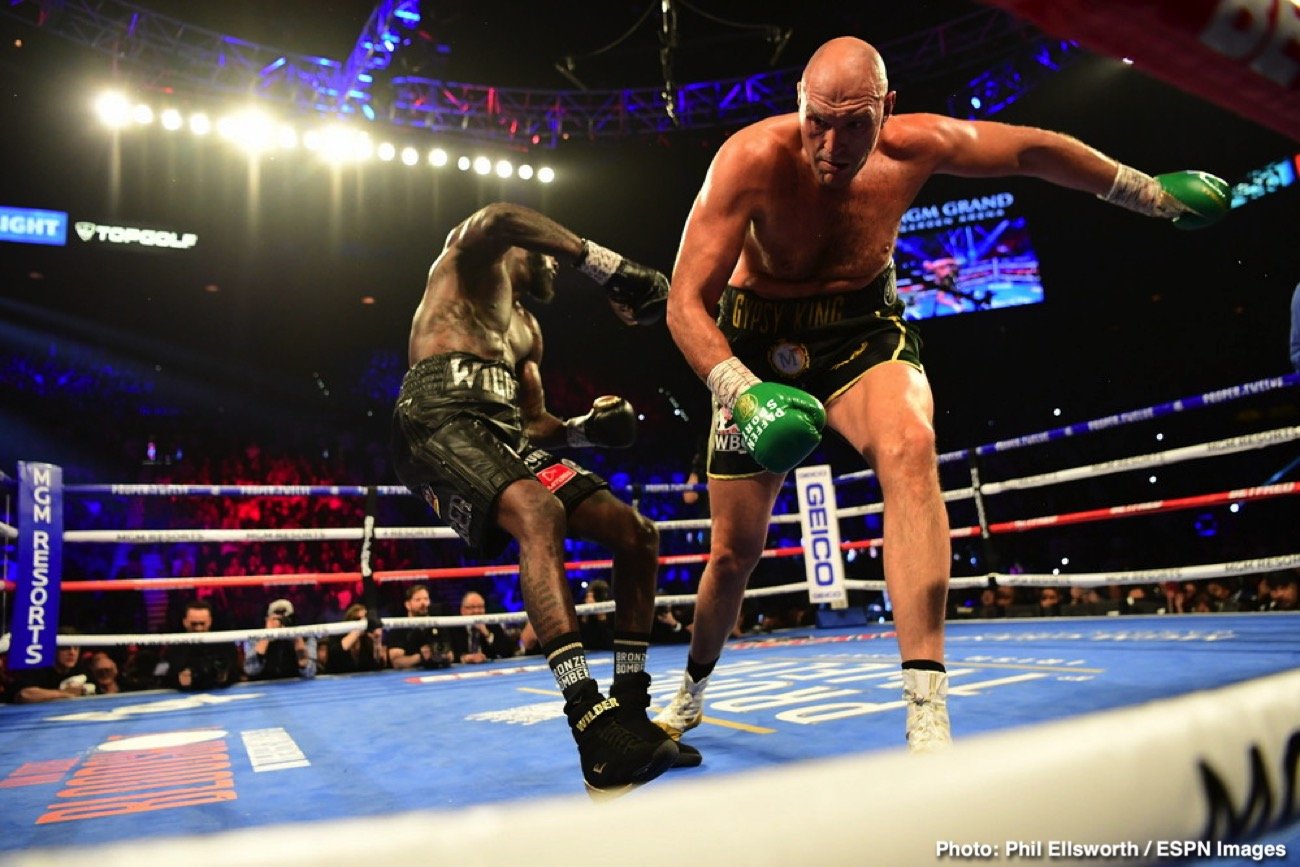 By Allan Fox:  Tyson Fury didn’t take the news too well of him losing his arbitration case with Deontay Wilder on Monday.

Fury reacted in a somewhat bitter manner, saying that Wilder (42-1-1, 41 KOs) is a “joke” and claiming that he’s requested a twenty-million-dollar step aside fee for him to let him face Anthony Joshua in August 14th.

If it’s true that Wilder’s management asked for a $20 million step aside payment, that was likely the starting point for the negotiations and not the end.

The situation for the Joshua-Fury fight is currently up in the air, but it’s believed that Top Rank promoter Bob Arum is working on getting a deal done for Wilder to step aside.

Joshua vs. Fury is too big of a fight with too much money on the line for it to be stopped by Wilder. In the end, we could see Wilder agree to step out of the way with a guarantee that he face the Joshua vs. Fury winner towards the end of the year.

“What a joke Deontay Wilder has become, asked for $20 million to move over. Joker. Looks like I have to crack his skull again,” said Fury on social media on Tuesday in response to him losing his arbitration case.

It’s nothing for Fury to be celebrating him losing his arbitration case, considering he’s losing out on a $75 million payday at the minimum for the Joshua fight. That fight might have paid Fury $100 million with the time the PPV upside.

Maybe Fury doesn’t quite understand the ramifications of him losing his arbitration case yet. Still, he’ll figure it out eventually when he sees how much smaller his paycheck will be for fighting Wilder.

“This is a huge victory for Deontay Wilder. No one in the boxing industry believed he was going to win this case,” said Chris Mannix to DAZN about his arbitration with Tyson Fury.

“Top Rank was already acting like it was already over and moving ahead with Fury-Joshua planned. So an enormous win for Deontay Wilder. There is a possibility, maybe a probability, that Deontay Wilder accepts step aside money.

“That is an option that is going to be on the table for Deontay Wilder. I spoke with Bob Arum, and he said that they still plan on moving ahead with Fury against Joshua.

“The plan is to offer Wilder a substantial step aside sum with the guarantee that he would face Joshua or Fury in November or December, and then the contract with Joshua and Fury would be amended so that a second fight between them would take place after the Wilder fight.

“Now, you can make that work if Tyson Fury beats Anthony Joshua, but if Anthony Joshua beats Tyson Fury, which is certainly very possible, there is no deal negotiated between those two sides,” said Mannix.

Wilder will likely accept a step aside payday, but it would have to be in the millions. In other words, Arum isn’t going to get Wilder to agree to step aside just based on the promise that he can fight Fury in November or December if he beats Joshua on August 14th.

There’s no way that Arum can get Joshua to agree to fight Wilder in the fall because he doesn’t promote him. 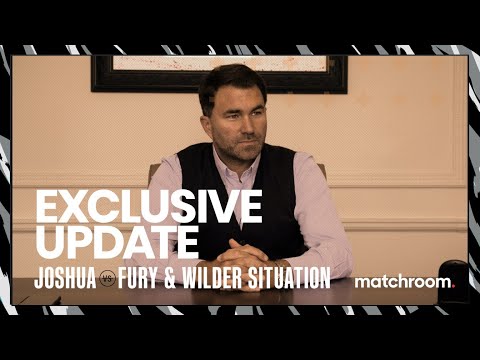 Brian Viloria: Lord of the Flyweights »