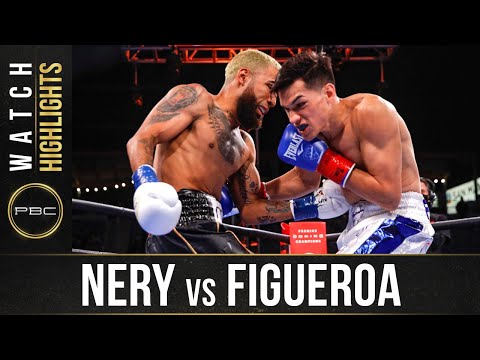 In the three rounds, the southpaw Nery outworked Figueroa, who didn’t use his reach but instead went inside, switching from orthodox to southpaw. In the fourth, Figueroa came back well.

In the fifth and sixth rounds, it was Nery landing left uppercuts to the body of Figueroa. In the seventh round, Figueroa from southpaw landed a right then a left body shot, dropping Nery for the count of referee Thomas Taylor. This earned Figueroa another unification bout in September with WBO champ Stephon “Cool Boy Steph” Fulton of Philadelphia.

“I knew he was getting tired, and my corner said to go get him. I envisioned I would defeat Nery and look forward to meeting Stephon Fulton in September,” said Figueroa. Fulton was at ringside and in the ring afterwards. 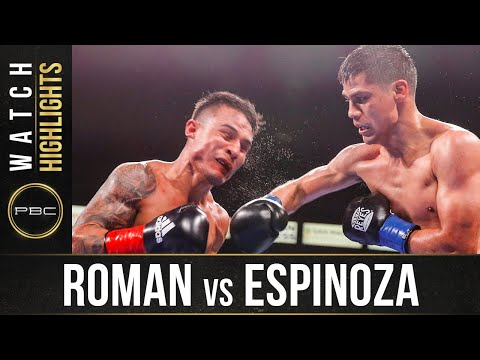 In the first four rounds, for the most part, Espinoza was the aggressor, with Roman countering well, not being the power puncher of the two. In the fifth round, Roman had a good round with left uppercuts to the chin of Espinoza.

In the seventh round, Roman finished well, rocking Espinoza with left uppercuts to the chin.

In the eighth round, Roman had the nose and mouth of Espinoza bleeding, causing the ring physician to check the latter between rounds.

In the ninth round, at the halfway point, Roman rocked Espinoza with a left uppercut to the chin. In the tenth and final round, Roman out-landed Espinoza in taking the round.

In the first two rounds, Burgos, usually a boxer, came out slugging, which is Martinez’s style forcing him to counter in two all-action rounds. 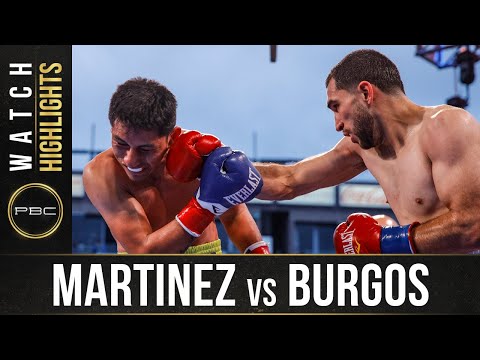