By Jim Maltzman: WBC bantamweight champion Nordine Oubaali weighed in at 117.6 lbs for his title defense against former four-division world champion Nonito Donaire this Saturday, May 29th, on Showtime at the Dignity Health Sports Park in Carson, California.

Nonito has an excellent chance of beating the undefeated WBC champion Oubaali (17-0, 12 KOs) despite being the underdog with the oddsmakers.

Donaire wants to be the undisputed champion

If Donaire, 38, successfully beats Oubaali to claim his WBC title, he wants to face IBF/WBA champ Naoya ‘Monster’ Inoue in a rematch.

Inoue beat Donaire by a 12 round unanimous decision in November 2019 in the final of the World Boxing Super Series bantamweight tournament. This was a competitive fight in which both guys were hurt.

Afterward, Donaire was disappointed that he didn’t go for the kill when he had Inoue hurt from a big right hand.

If Donaire can beat Inoue, that would make him a three-belt champion at 118, and he would only need to defeat WBO champ John Riel Casimero to become the undisputed champion.

You can imagine how big a fight between Donaire and Casimero would be back in the Philippines, as both fighters are from there.

It’s not going to be easy for Donaire to defeat Oubaali, Inoue, and Casimero in back-to-back fights.

That’s going to be like Donaire running the gauntlet, and he might be a little worn down by the time he gets to Casimero.

Additionally, if Donaire defeats Inoue, there’s going to be a tremendous amount of pressure on him to face the Japanese superstar in an immediate trilogy match.

With the money that Donaire will be offered to fight Inoue again, it isn’t easy to see him turning down the offer to complete his goal of becoming the undisputed bantamweight champion.

“This my moment, and I feel like when I first started fighting, I feel good,” said Donaire to ESNEWS. “It’s another step to where I want to be. It’s going to be a very good fight, but I’m confident I’m going to win the fight.

“I’m the kind of guy that lives for the moment. It’s this fight and then the next time and the next time. For my experience, it was a blessing,” said Donaire about being out of the ring for two years.

“It helped me out a lot. I’ve been in the game for a long time, so it doesn’t matter if I’m off for a year or two. I know exactly how it feels. For him, perhaps, but for me, it was a blessing.

“I was able to heal my body and take the time and come back strong. I’m here for one that, and that’s to win.

“With all the experience that I have, it’s one of those things that I’m very familiar with. For me, it’s doing what I’m supposed to do, and that’s winning this title.

“I’m very confident, the weight is very good, and I’ve got a lot of energy still,” Donaire continued. “Ultimately, I’m very, very excited for this. 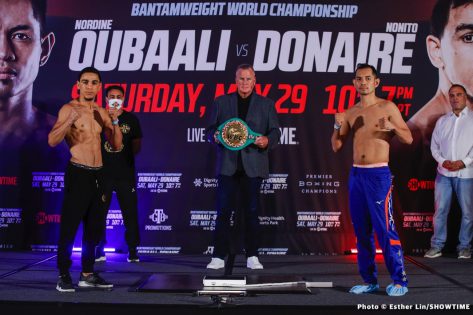 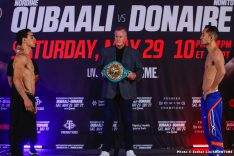 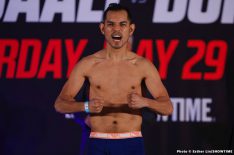 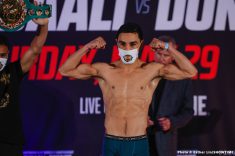 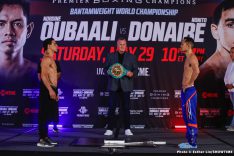 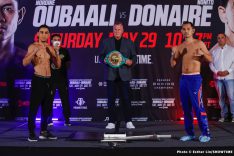 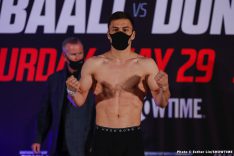 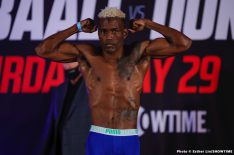 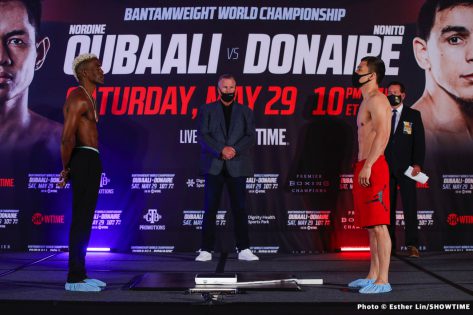 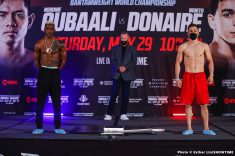 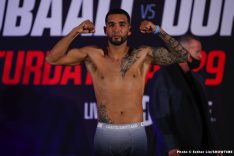 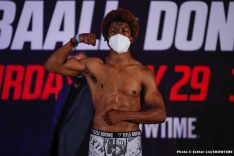 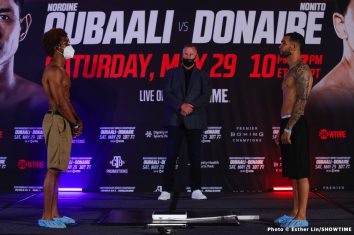 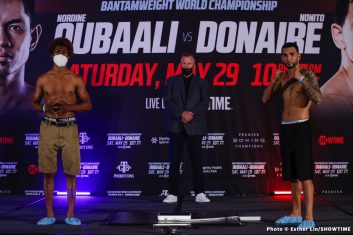 
« Five of the Most Feared Fighters in the Past!