Saunders (30-1, 14 KOs) suffered a quadripod fracture of his right orbital bone, which involved three separate fractures. With that type of injury, there’s a risk that Saunders’ career will be finished.

Moore believes that Saunders, 31, won’t want to return to the ring to risk his health again after the eye injury.

Moreover, Saunders may lack the motivation to continue fighting when he sees his pay dropping off dramatically for his next fight. Saunders made a lot of money for the Canelo fight, and unfortunately, he’s not likely to receive anywhere close to that.

“You could see the damage instantly as soon as the shot landed, and the look of it is a lot different than the normal swelling of the eye,” said Jamie Moore to iFL TV about Saunder’s fight-ending eye injury in the eighth round against Canelo.

“I think Billy is at the stage where he’s done so much financially out of the sport, and he’s achieved a lot.

“This could be the kind of injuries where he sort of goes, ‘Is it worth still putting your health at risk for the long-term goals? Do I need to do it anymore?’

“So I don’t think he [Saunders] will carry on. It’s such a tough game, and especially to hit the heights that he hit.

“The magnitude of that experience. It’s going to be a big ask to get him to come back to box a 10-rounder against a top 20 guy after he’s had an injury.

“I don’t foresee that happening. There’s plenty of fights there for him, and he’s young enough to do it if he wanted to it.

“And I think a lot of us that come from the background that we come from; we want to financially secure ourselves and our families to make sure that we don’t have to experience what we’ve experienced in the previous generations.

“He’s done that now, so I don’t foresee him trying to risk that,” said Moore about Saunders having made his money out of the sport.

Moore could be right about Saunders not returning to the ring to risk suffering a similar injury to his right orbital bone.

Billy Joe made an estimated $7 million for the Canelo fight, and he’s probably not going to want to come back to the ring to make a fraction of against a hungry contender.

The boxing public will expect Saunders to fight a relevant name if he comes back like Chris Eubank Jr or Carlos Gongora, and he may not be able to beat those guys. Even before the eye injury, Saunders would have been hard-pressed to beat a young lion like Gongora.

“I think everybody would love to see a Golovkin [vs. Saunders] fight,” said Moore. “Eubank Jr, to me, I don’t see any mileage in that fight. It’s a name.

“He performed tremendously well; it was a close fight,” said Moore on the Canelo – Saunders clash. “I had Canelo a couple of rounds up at the point the fight ended.

“Now that we know the damage that was done, you can only imagine what would have happened if he was sent out for the ninth round.

“Canelo is one of the biggest punchers as well, and he’s so accurate, and his timing is so good.

“That shot, the right uppercut, he’d been looking for it all night. It was definitely the right call by Mark [Tibbs],” said Moore.

With Golovkin looking to get a trilogy payday against Canelo Alvarez, it’s implausible that he would accept a fight with a crafty fighter like Saunders.

Golovkin will be turning 40 in April, and he appears to be maximizing his earnings on the biggest paydays available with the Canelo trilogy, likely the end game.

Saunders is too risky for Golovkin, so he’s not expected to entertain the idea of facing him. 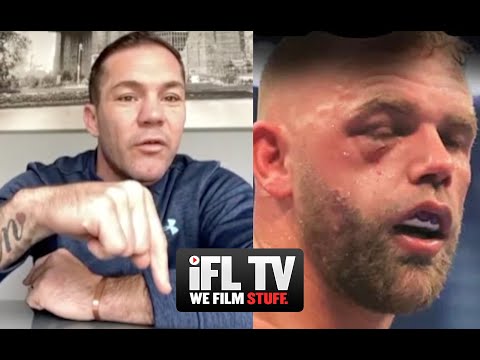