Falcao lost to Murata in the 2012 Olympics and was also beaten by him in 2013 in the amateurs. Given that he’s lost twice to Murata, it gives boxing fans a good picture of the talent level of Falcao.

Murata isn’t rated highly by fans after losing to Hassan N’Dam and Rob Brant in the pro ranks.

Falcao has fought weak opposition as a pro

Akavov has lost to WBO 160-lb world champions Demetrius Andrade in 2019 and Billy Joe Saunders in 2016.

The opposition that Falcao has fought as a pro has been woeful, and it’s more than a little disturbing that an Olympian would fight these kinds of guys.

This will be the fourth fight of Golovkin’s six-fight contract with DAZN, and obviously not the match that U.S boxing fans and likely the streaming service were hoping to see.

Golovkin has arguably underwhelmed to the extreme with the level of opposition he’s fought since signing with DAZN in 2018.

GGG’s three fights with the streaming service have been against Kamil Szeremeta, Sergiy Derevyanchenko, and Steve Rolls.

Some boxing fans believe that Golovkin is milking his contract with DAZN to take risk-free opposition instead of taking the risky fights against Jermall Charlo, Demetrius Andrade, Canelo Alvarez, and Jaime Munguia.

Hearn wants Golovkin to take on his fighter WBO middleweight champion Demetrius Andrade or WBC champ Jermall Charlo in a unification clash instead of waiting until December to fight Murata (14-2, 10 KOs).

It’s unclear why GGG has chosen not to fight Andrade, Munguia, or Charlo, but one can take a guess. Golovkin hasn’t been as high profile as he used to be since his loss to Canelo in 2018. 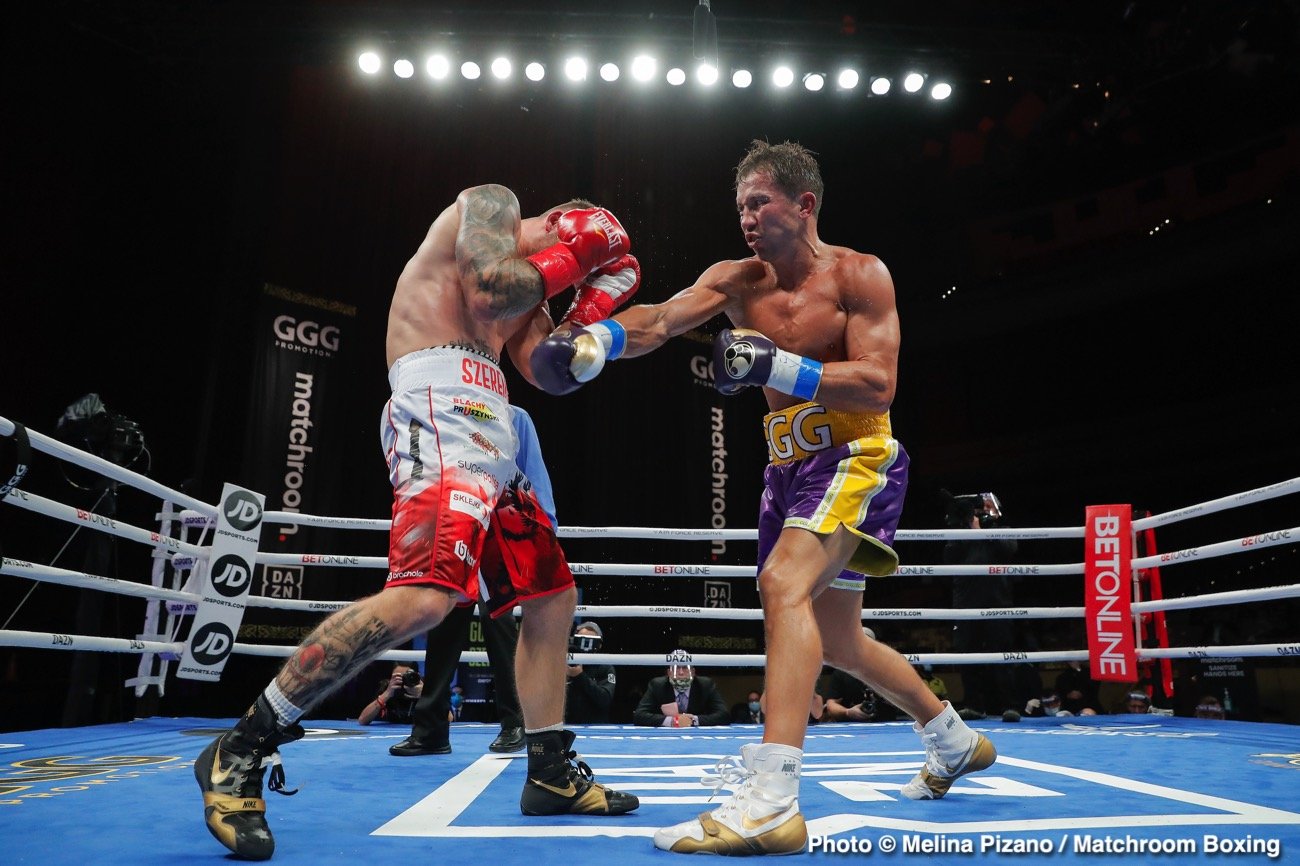 Since that fight, Golovkin has gone in the opposite direction o the dangerous fighters and focused on facing obscure opposition in Steve Rolls, Szeremeta, and Derevyanchenko.

Some fans believe Golovkin is trying to avoid getting beaten to get the Canelo trilogy before hanging up his gloves.

Golovkin’s last fight was a horrible mismatch against his IBF mandatory Szeremeta last December. Although Golovkin’s mandatory with the International Boxing Federation wasn’t due yet, he took the fight with Szeremeta to get it out of the way.

The fans would have preferred Golovkin to face Charlo, Andrade, Munguia or give Derevyanchenko a rematch.

Tim Tszyu vs. Michael Zerafa on July 7th in Australia »