Boxing great Vargas, who was known for his ability to withstand punishment, was disgusted at seeing Saunders quit. He says Saunders isn’t even a man; he’s an embarrassment to the sport.

The two 168-lb champions headlined at the AT&T Stadium in Arington, Texas, and Saunders wilted after suffering an eye injury in the eighth.

Although there’s some disagreement over whether it was Saunders that quit or if his trainer Mark Tibbs pulled him out, as he says, either way, it amounts to the same thing.

If Saunders felt strongly enough about it, he would have vetoed the idea of having the fight stopped. We didn’t see Saunders getting in the face of Tibbs to keep him from stopping the contest.

Fernando Vargas: Saunders should be embarrassed

“You’re really going to freaking quit like a V,” said boxing great Fernando Vargas lecturing Billy Joe Saunders for quitting against Canelo in the eighth round.

“You’re really going to do that? ‘Oh, my eye.’ Come on, Vato, really? Unbelievable. How dare you call yourself a champion.

“You quit like a female dog. How dare you do that. You’re an embarrassment to the sport and to all men because you’re not even a man. You should be embarrassed.

“Vatos like me are just BUILT DIFFERENT than you Vatos that say you will ‘DIE IN THE RING,’ and end up quitting for a little scratch or cut in your eye. 🤦🏾‍♂️🤦🏾‍♂️🤦🏾‍♂️

“What are you Vatos doing in the sport if you’re going to be a BIG PAN ??” said Fernando Vargas on Instagram in lighting into Saunders for quitting.

Maybe Saunders is embarrassed after pulling out of the fight. We don’t know because he hasn’t spoken publically since the stoppage.

It would have been nice if Saunders came out for the ninth round to show the boxing fans that he was willing to fight through the pain of his injury to get the win. The fight was close, so he might as well have come out for the ninth. 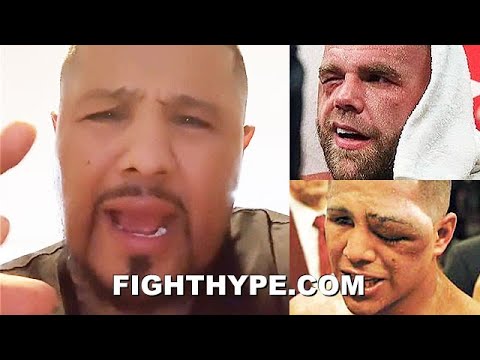 According to Saunder’s trainer Mark Tibbs, he was the one that pulled him out of the fight rather than him quitting on his stool. However, what makes boxing fans question Tibbs’ story is that Saunders was seen shaking his head on his stool after the 8th round.

It looked to some like Saunders was pulling a ‘No mas’ in choosing to quit rather than continue fighting like a warrior.

Saunders deserved to win a couple of rounds

“I didn’t like that the crowd booed Billy Joe,” said Barak Bess of DAZN to Little Giant Boxing. “Booed because of his negative antics before the fight, I get.

“But in reality, we’ve got to learn to separate those things. The man [Saunders] got in the ring, and the man fought like a man.

“I would give him one and a half, maybe two rounds. He [Saunders] was coming on in the seventh round. Canelo was setting him up a lot of times. 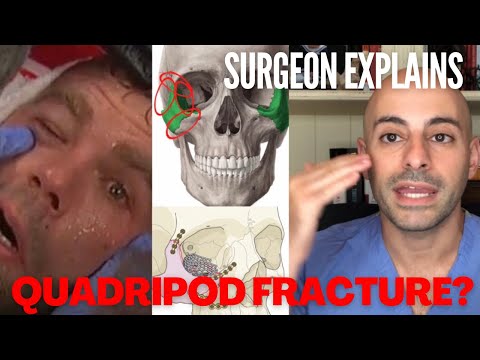 “It’s hard to go against Canelo, but I love Caleb Plant,” said Barak about Alvarez’s possible next opponent. “I can’t even decide on that fight because Caleb Plant is so skillful, said Barak.

Saunders fought well enough to win three rounds on Sean Jones’ scorecard. It was very close, but that’s what makes his decision to quit look bad.