By Dan Ambrose: Ring announcer David Diamonte was impressed with what he saw from super middleweight champion Canelo Alvarez last Saturday night with how he broke down and stopped Billy Joe Saunders in the eighth round at AT&T Stadium in Arlington, Texas.

Diamonte says he noticed right off that Canelo (56-1-2, 38 KOs) was looking to load up on single punches to inflict hurt on WBO super middleweight champion Saunders (30-1, 14 KOs).

Canelo was timing Saunders, looking to catch him with the perfect shot to cause pain. Saunders made Canelo’s work easier by leaning forward.

This is how Saunders has always fought, and he usually gets out of the way of his opponent’s punches and fires back with counters.

But against Canelo, Saunders was getting hit with uppercuts while he was leaning forward. He was still making Canelo miss with many of his punches, but the ones that got through were doing damage.

Canelo was looking to land a big punch

“Obviously, Canelo is pound-for-pound if not the, and he takes on all comers,” said ring announcer David Diamonte to iFL TV. Billy boxed pretty well for some of the time.

“On the scorecards, you could have had Billy winning quite a few of those rounds.

“At certain times, it seemed like Canelo wasn’t able to get off combinations, but more single shots and maybe the distance and the angles were giving him a little bit of problems.

“It seemed like Canelo knew in his head that he was kind of timing him, gathering information and waiting to land that big punch, which he eventually did and stopped the fight. It’s just one of those things where it’s a level above,” said Diamonte.

Canelo was looking for one big shot throughout the fight with Billy Joe and not focusing on throwing combinations.

Throwing only single punches helped Canelo keep from gassing out in the second half like we’ve seen him do many times, but things dull to watch.

It’s more interesting when Canelo throws combinations and throws more shots than when he’s loading up on single punches.

“You saw it where Demetrius Andrade was calling out Canelo at the press conference afterward, and we all saw what Canelo said,” Diamonte continued.

“It kind of ripped him to shreds, but he’s got a point in a way. Some of these guys want to step up this massive level where Canelo is.

“He’s saying, ‘fight these harder fights.’ There’s a difference. When Canelo says, ‘No boxing, no life,’ he really means that.

“These fighters are going to camps getting ready for fights, whereas Canelo just stays doing that. It’s really what his life is, and he’s been fighting champions for a long time now.

‘So we really want to see these guys fight some of the other upper echelons before [fighting Canelo]. They all want the big-money fight. We get that.

“Who wouldn’t? But at the same time, if you want to see a competitive fight, you have to fight these upper echelon guys to get in these deep waters, to go through those hard times so that when you get to Canelo, you can actually come through on the winning side.

“Canelo is a fighter, and he kind of destroyed Boo Boo on that. We’ll see. If they were ever to meet in the ring, okay, but I think he [Canelo] wants Caleb Plant next.

“I’m not saying Benavidez could beat him, but I think Benavidez, he’s young, he’s athletic, he’s long, he’s strong, he’s got a hell of a punch. I think that would be a very interesting fight,” said Diamonte.

It’s unclear why Canelo seemed so upset with Andrade (30-0, 18 KOs) for him intruding on his press conference. If anything, the unbeaten WBO middleweight champion Andrade was doing Canelo a favor by helping to get an early promotion for a future fight for them.

What Andrade did for Canelo was priceless, and instead of being praised, he was met with insults.

It almost appeared that by Andrade calling Canelo out in this way, he pulled the curtain back for boxing fans to get a glimpse of how afraid he is to fight him.

Also, the level of anger on Canelo’s part was out of bounds to what was happening. Canelo shouldn’t have been as upset as he was, and it looked obvious that he wants none of the smoke from Andrade.

After seeing Canelo fight his fourth poor opponent in a row, boxing fans would greatly welcome a fight between him and Demetrius Andrade.

It would be a huge upgrade for Canelo because he’s been facing the weak belt-holders. The 168-lb division’s uncrowned king is arguably David Benavidez.

It would have been disastrous for Billy Joe

“I think they [Saunders’ trainers Ben Davison and Mark Tibbs] were going to give him another round to see what he could do, but I think you could tell with his body language [in the corner after round eight],” said Diamonte about Saunders being hurt in the eighth.

“Pretty much every time I’ve broken a bone, I knew it immediately. I’ve been injured a lot. I just kind of get up and go forward, but sometimes when you break a bone, there’s a difference.

“You feel a snap. You hear a snap. There’s a different type of pain that goes through your body, and I’m sure Billy felt that.

“Even with the adrenalin of being in front of 70,000+ fans, I’m sure he felt that, and he probably knew the gig was up at that point. If he had come out for another round, it could have been really disastrous.

“I don’t think there was anything more to see. I think we saw what we needed to see. And I think for Canelo, he was a little upset because I think he really wanted a piece of Billy, and he got a piece of Billy.

“He came away, he got another belt, and he’s on his way to undisputed,” said Diamonte.

It may not have been disastrous for Billy Joe Saunders to come out for the ninth round, as there have been plenty of fighters in the past that have fought with similar injuries.

What we would have likely have seen is Billy Joe taking a knee after getting hit with an uppercut from Canelo, and he would have been counted out.

With the way Saunders was on his bike in the eighth round after suffering the injury, he could have easily avoided Canelo for most of the ninth.

The pain from Billy Joe’s eye injury almost surely would have caused him to take a knee in the same way that Daniel Dubois did, and he would have been counted out. 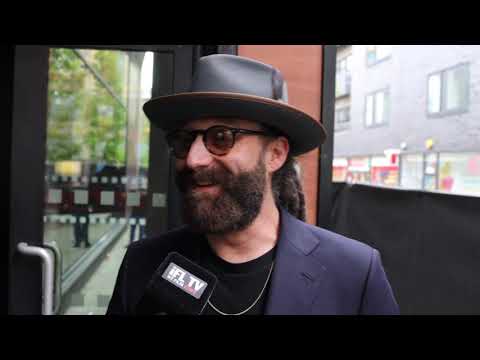