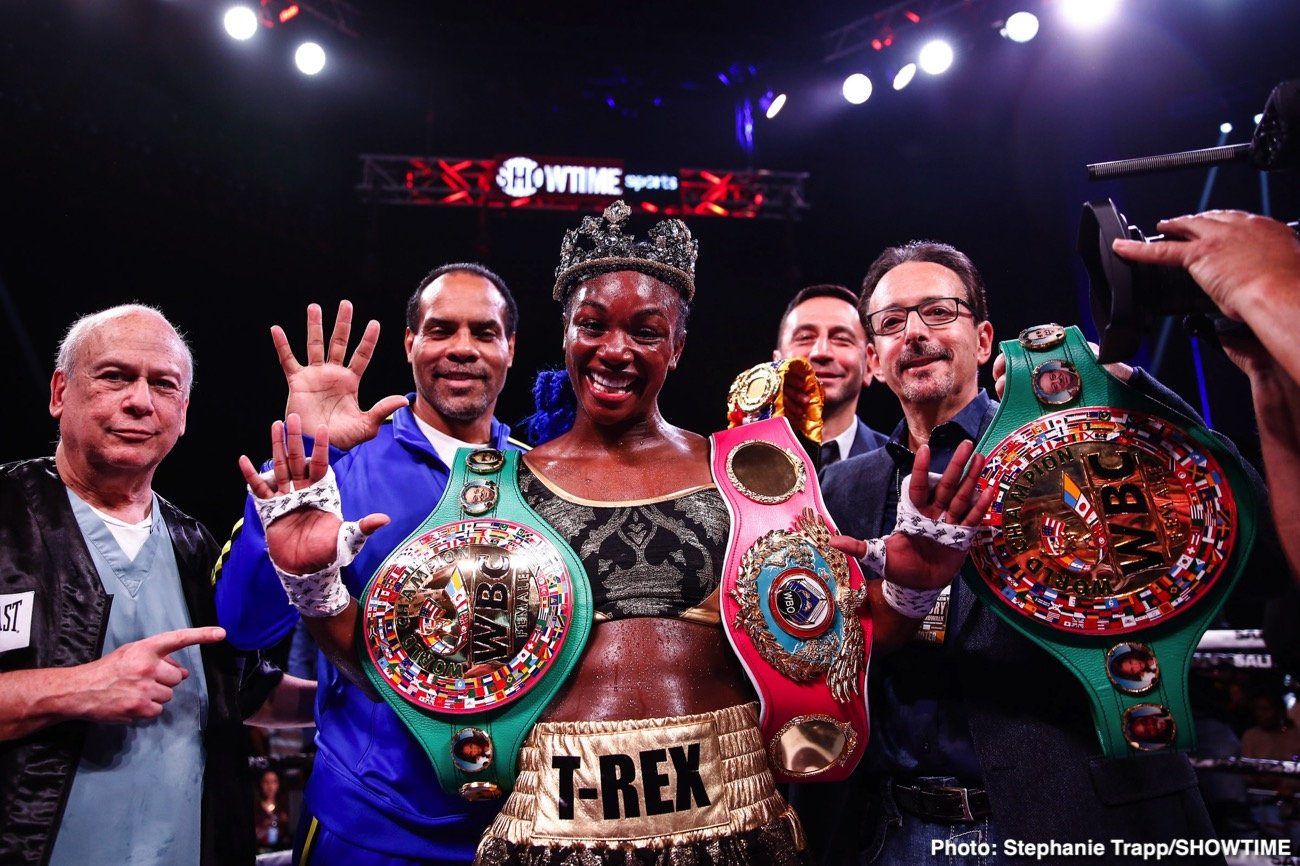 By Jimmy James – Two time undisputed world champion Clarissa Shields said “Canelo Alvarez had a few belts at 160lb and could have been undisputed and could have fought for the undisputed belt.” She added, “for some strange reason he went to 168lb and then 175lb.”

“I can’t believe Canelo said that Andrade was a horrible fighter,” Shields said. “Andrade is not a horrible fighter, he is an american USA olympian, and he has always called Alvarez to fight.” She also said that Andrade is a “much better boxer” than Billy Joe Saunders, and he would have “won” had the british boxer not taken PEDs and been suspended.

If there is a fighter today that deserves greater admiration over Alvarez is Shields, a female boxer that has been undisputed in two different weight classes in less amount of time than the Mexican superstar that’s still yet to dispute a single undisputed crown!

Alvarez is a ducker, and duckers take calculated risks to keep ducking opponents as long as casual fans praise his loud quacks backed by the sports media that sold outboxing a long time ago. Shields has never ducked any opponent, she has fought the best in her division without excuses and never left room for doubt after being a two time undisputed world champion.

Alvarez was never undisputed in 154lb and the media hyped him to be the best boxer in his weight class without cleaning his division. In fact, he never went after the WBO strap after he was continuously called out by Andrade to unify titles in Jr Middleweight for three years. Interestingly, he did exactly the same thing in middleweight, he avoided the WBO strap that belonged to Andrade! Coincidence? No, it’s called ducking. Had Andrade called himself “over the hill” Shane Mosley Alvarez would have become undisputed.

But as I have mentioned in previous post, why, just why casual fans defend a boxer who fights Josesito Lopez, Alfredo Angulo, Liam Smith, Callum Smith, Julio Cesar Chavez jr (that was a joke fight); fights James Kirland, Avny Yildrim and Rocky Fielding and has the stomach to make Amir Khan jump two weight classes to fight him instead of unifying belts with Andrade? Who are we joking? What has boxing become?

Ultimately the casual fans are at fault for this problem common in boxing today. What happened to fighting the best boxers without any excuse? Why are the fans suddenly worried about a boxer’s purse? Why are we not looking for undisputed and granting the name “best” to those who do not clean their divisions? Let me tell you something, styles make fights and not undefeated records. Alvarez has unfinished business with Andrade.