By Sean Jones: David Benavidez predicts that Canelo Alvarez will have an easier time defeating IBF super middleweight champion Caleb ‘Sweethands’ Plant than he did Billy Joe Saunders last Saturday night. Benavidez says Plant (21-0, 12 KOs) doesn’t take body shots well, and Canelo goes to the body like no one else.

If the Canelo – Plant unification fight can get negotiated, the two of them will be fighting in September. That would most probably fall on the Mexican Independence Day holiday weekend.

We know that Plant isn’t the type of fighter that would make the same type of mistakes that Saunders repeatedly did against Canelo.

Plant isn’t going to lean forward and invite Canelo to hit him with uppercuts all fight long the way Saunders did.

“I think it makes sense on both sides,” said Benavidez to Fighthub when asked if he believes Canelo will face Plant next.

“Caleb Plant is what, 29-years-old? So he’s probably in his prime now. He probably doesn’t have any bigger opportunities than that. What else does he want?

“Fighting Canelo is the biggest opportunity anybody ever gets, so I feel like it has to be made.

“I’m sure it’s going to be made in September. I think Canelo beats him easier than he beat Billy Joe Saunders, and I feel like he’s going to stop Caleb Plant with a body shot.

Plant wears down after six rounds the way Saunders does, so they both have that in common. With that said, Canelo generally fades in the second half of his fights as well, but he remains heavy-handed and dangerous.

“I think I got the height advantage, reach advantage, and the overall power advantage too,” said Benavidez when asked what makes him think Canelo wouldn’t break him down in the same way he did Saunders if they were to fight.

When I get that fight, I’m going to be at my best, so I don’t even know what’s going to happen because when you’re so motivated sometimes, the best comes out of you. So I’m just excited.

“I’ve got great speed, great power, great jab. So I feel like Canelo hasn’t fought nobody with the tools I have, so I feel like it’s going to be a way different fight when I get in there with him,” Benavidez said.

Canelo might not even agree ever to fight Benavidez, so it doesn’t matter what might happen if the two met inside the ring. Benavidez has been a professional since 2013, and Canelo has never shown a desire to fight him. 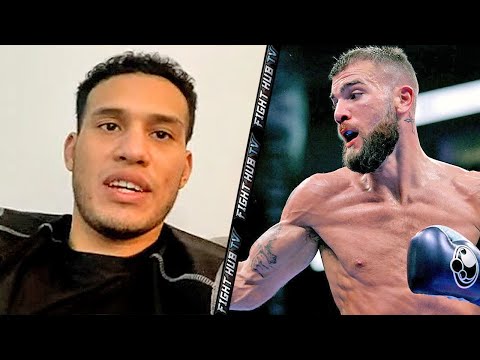 
« Saunders proved he can mix at the top level – Josh Taylor