Saunders proved he can mix at the top level – Josh Taylor

By William Lloyd: Josh Taylor believes that Billy Joe Saunders showed last weekend that he belongs in the same class as Canelo Alvarez in giving a good account of himself before bowing out with an injury after the eighth round.

Saunders surely proved that he belongs at the same level as Alvarez, and you can argue that two things prevented him from winning:

IBF/WBA light welterweight champion Taylor (16-0, 13 KOs) reveals that he had the Canelo – Saunders fight dead even after six rounds, but then things fell apart for Billy Joe in the eighth.

Canelo took advantage of Saunders’ tendency to lean over to his left, and he timed him perfectly to land a right uppercut that caught him on his right eye, causing a major triple fracture of the orbital bone.

Billy Joe’s corner stopped the fight after the round ended because his eye was seriously injured from the shot.

“I had the fight level,” said Josh Taylor to iFL TV, giving his view of the Canelo vs. Saunders clash. “He [Billy Joe] proved himself that he can mix it at the top level.

“He proved himself that he’s world-class and that he belongs up there with the likes of Canelo. He’s a brilliant, brilliant fighter. I was getting some stick on Twitter months ago that Billy Joe gives Canelo nightmares.

“And he was starting to get into this fight, and he was giving Canelo a bit of a problem once he started to relax. He’s definitely a brilliant fighter.

“He gave a good account of himself, but he just got caught with a monster of a shot,” said Taylor.

While some boxing fans might argue that Billy Joe doesn’t belong in the same class as Canelo, but he showed otherwise by fighting him to a standstill through the first seven rounds.

In hindsight, if Saunders had made a couple of tweaks to his game, he would have won the fight.

Using more movement and not leaning over so often could have made the difference in the fight. Even with Saunders’ conditioning not being the best, it was still a winnable fight for him if he’d adapted.

If Saunders does come back, he needs a new trainer to help him iron out the flaws in his game.

His current trainer Mark Tibbs failed to get Saunders to stop leaning forward, and that’s something that any coach worth his salt would have noticed straight away and fixed last Saturday.

“You’ve got to give credit where credit is due because Canelo timed that shot perfectly,” said Taylor.

“Billy Joe was always dipping down to his left. He timed him when he was going down and caught him with a fight-ending punch.

“I thought he [Billy Joe] won the first round and then lost the next few, but then he started coming back. 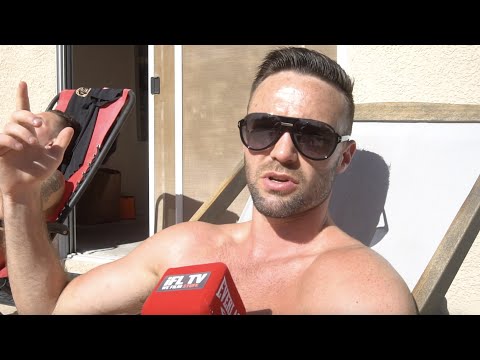