By Mark Eisner: Dimitry Bivol (18-0, 11 KOs) had all he could handle in successfully defending his WBA light heavyweight title against the stronger-punching #5 WBA Craig Richards(16-2-1, 9 KOs) in winning a close 12 round unanimous decision on Saturday night at the Manchester Arena in Manchester, England,

The 30-year-old Russian Bivol did just enough to edge the majority of the first nine rounds. ‘Spider’ Richards was giving Bivol too much respect during the first three-fourths of the fight, but the contest seemed to change hands when the British fighter began showing a sense of urgency in the championship rounds.

In rounds 9 through 12, the 6’3″ Richards landed the better shots and stood his ground in the center of the ring, nailing the shorter 6-foot Bivol with big right hands.

“The fight was really tough for me because h’s a smart boxer,” said Bivol after the fight. “He thinks all fight, he thinks what he’s going to do. It was a normal performance for me.

“I know Betebriev will fight with Joe Smith Jr and Canelo with Saunders. It doesn’t matter who fights me first. I’m open to anyone,” said Bivol.

The way that Bivol fought tonight, he was fortunate that Richards didn’t put the pressure on him earlier in the fight. Richards showed too much respect for Bivil through the first eight rounds by hanging on the outside, mostly jabbing.

When Richards started going for broke in the final four rounds, he was able to get the better of a defensive Bivol, who didn’t possess the same punching power.

In the 12th, Bivol clinched to keep Richards from unloading on him. It wasn’t a great way for Bivol to finish the fight, but he clearly knew he had a big enough lead to give the round away.

It was a good performance by Richards, who showed that he has the talent to mix it up with the best at 175.

Those guys hit harder than Bivol, and they’re a lot more aggressive. They wouldn’t be content with boxing Richards the way that Bivol did the entire bout.

WBA/WBC super middleweight champion Canelo Alvarez would be an excellent option for Bivol to fight in 2021, but it’s not likely to happen this year.

Canelo has a fight against WBO champion Billy Joe Saunders next week on May 8th, and then IBF champion Caleb Plant in September. Bivol’s best chance of fighting Canelo is if the Mexican star chooses to fight him in December.

However, Canelo has other options available to him for a December fight against Gennady Golovkin, David Benavidez or Demetrius Andrade. 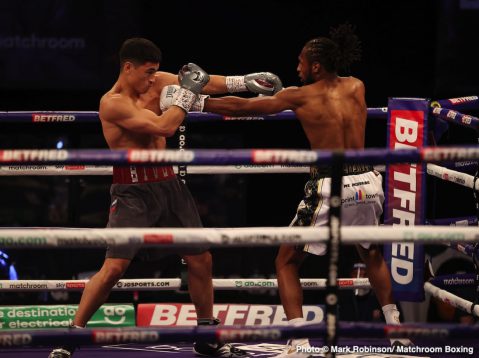 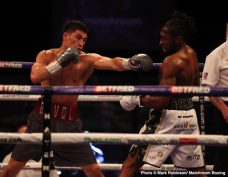 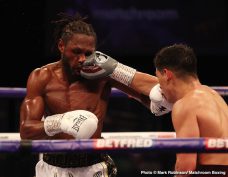 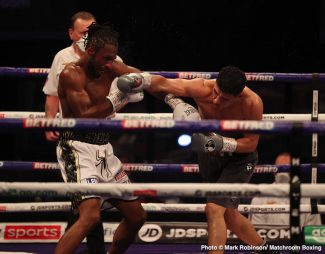 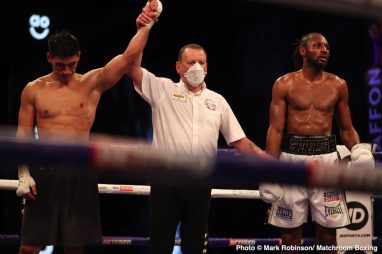