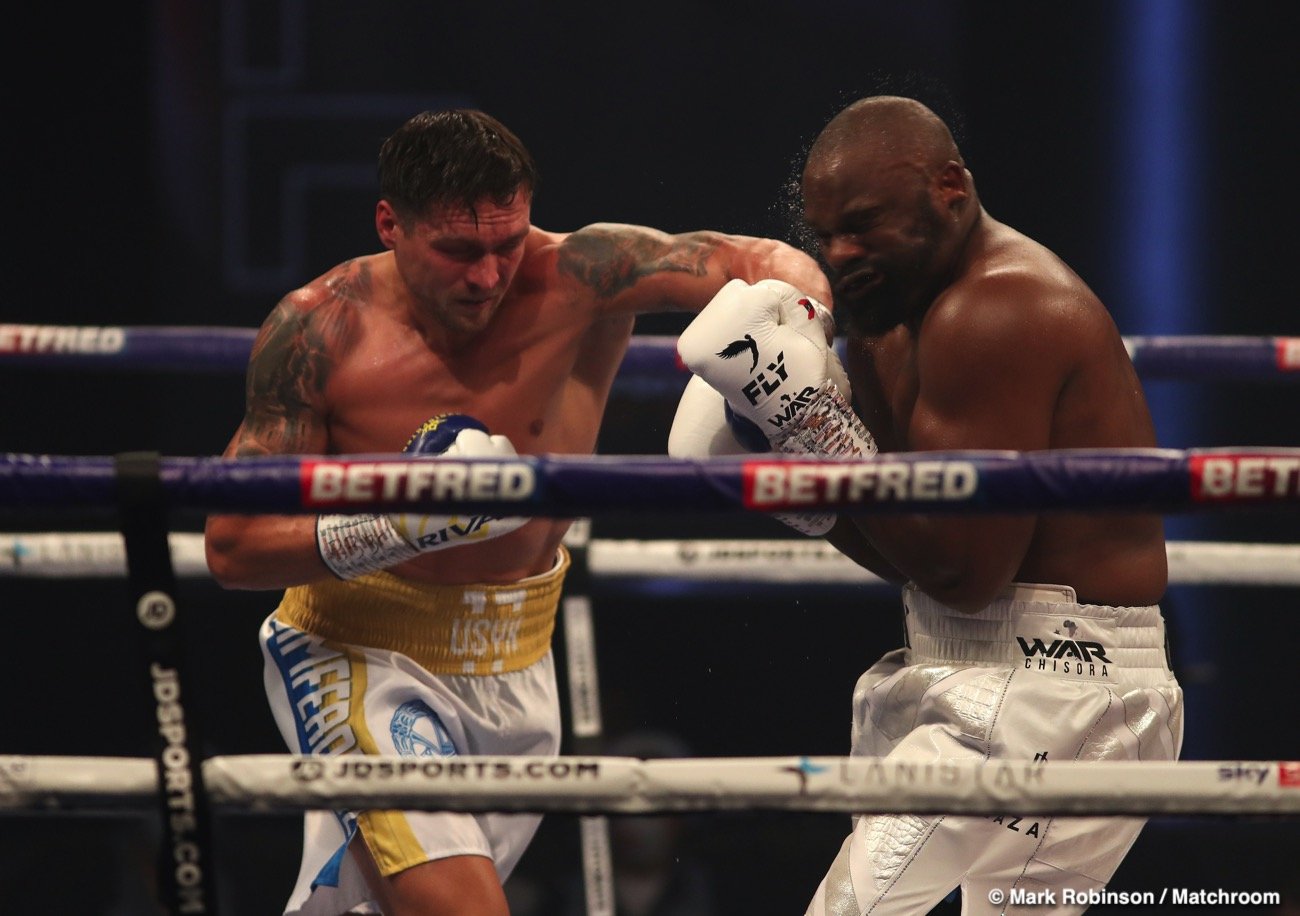 By Charles Brun: Anthony Joshua’s mandatory title defense against Oleksandr Usyk is being targeted for Wembley Stadium in August now that the Tyson Fury fight is officially off due to a miscalculation his team made.

For the Joshua vs. Usyk fight to occur at Wembley Stadium, the UK government will need to allow crowds back into sporting events by August. There isn’t much time for Joshua’s promoter Eddie Hearn to book a venue. He’s not likely to book Wembley months ahead without knowing 100% if crowds will be allowed.

On Wednesday, the WBO gave WBO heavyweight champion Joshua a 48-hour deadline to prove that his undisputed clash against Tyson Fury can still take place o August 14th. If Joshua can’t prove the fight with Fury can still occur, the WBO will order AJ to defend against Usyk (18-0, 13 KOs).

It’s now clear that Fury’s promoters at Top Rank have no intention of paying Deontay Wilder a step aside fee to keep him from being an impediment to the Joshua-Fury fight taking place on August 14th. 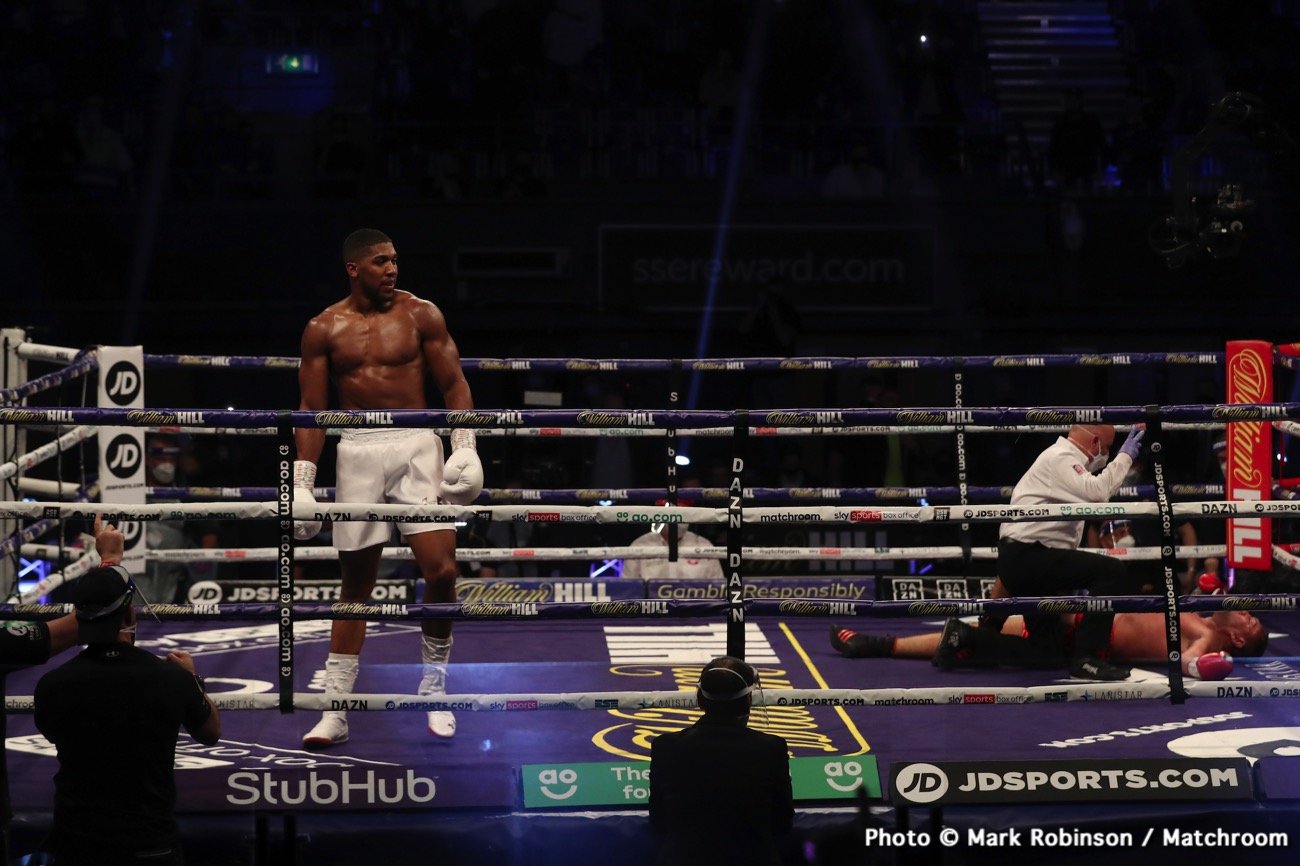 Fury and Top Rank would rather take the fight with Wilder (42-1-1, 41 KOs) rather than paying him to step aside. Promoter Bob Arum is confident that Fury will be able to face Joshua late this year once both fighters when their next matches.

“According to my knowledge, AJ is ready to take the challenge. It may happen anywhere including Wembley, but yet no serious venue commitments have been made.”

The undefeated Usyk (18-0, 13 KOs) will be a tough fight for Joshua despite being outsized by the big 6’6″ Brit. It’ll be a different type of fighter than anyone Joshua has fought in the pro ranks, and he could lose if he’s not careful.

Usyk likes to wear his opponents out by forcing them to fight at a fast pace. We saw him to that to Chazz Witherspoon, Derek Chisora, and Tony Bellew.

There are rumors that Joshua is no longer interested in fighting Fury after the amateurish way he conducted his business with Wilder. If this is true, Fury won’t be fighting Joshua later this year.

In that case, ‘The Gypsy King’ would need to make a dangerous defense against his WBC mandatory Dillian Whyte. That’ll be a fun fight to watch if Fury doesn’t vacate his WBC belt or ask the World Boxing Council for more time before he makes his defense against Whyte. 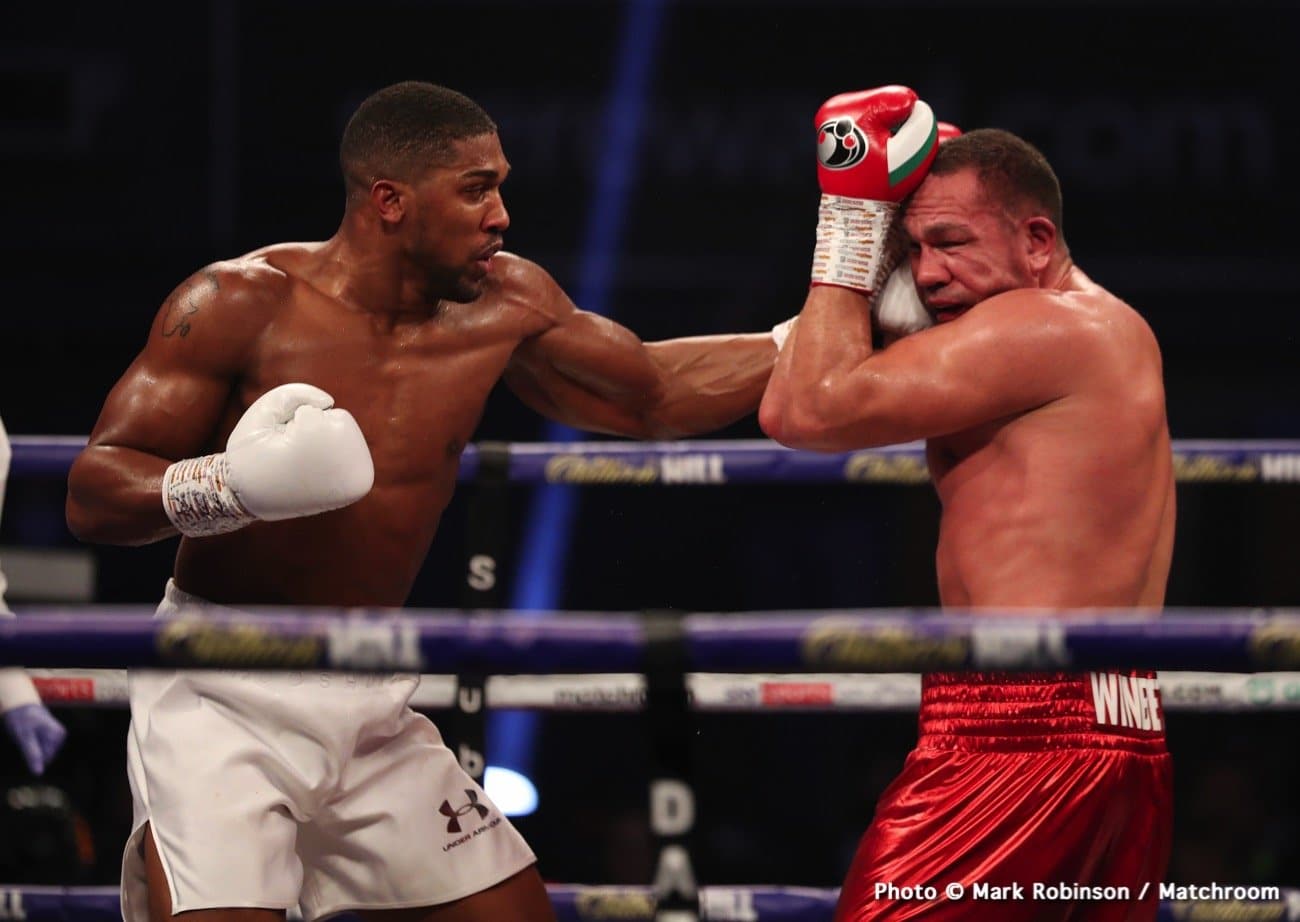 “There’s no chance he [Wilder] will step aside,” Fury’s promoter Bob Arum said to Boxing Social. “He doesn’t want to step aside, except for a totally preposterous number.


« Gervonta Davis willing to fight Ramirez vs. Taylor winner if his promoters green light it