Terence Crawford: Will he fight Josesito Lopez next? 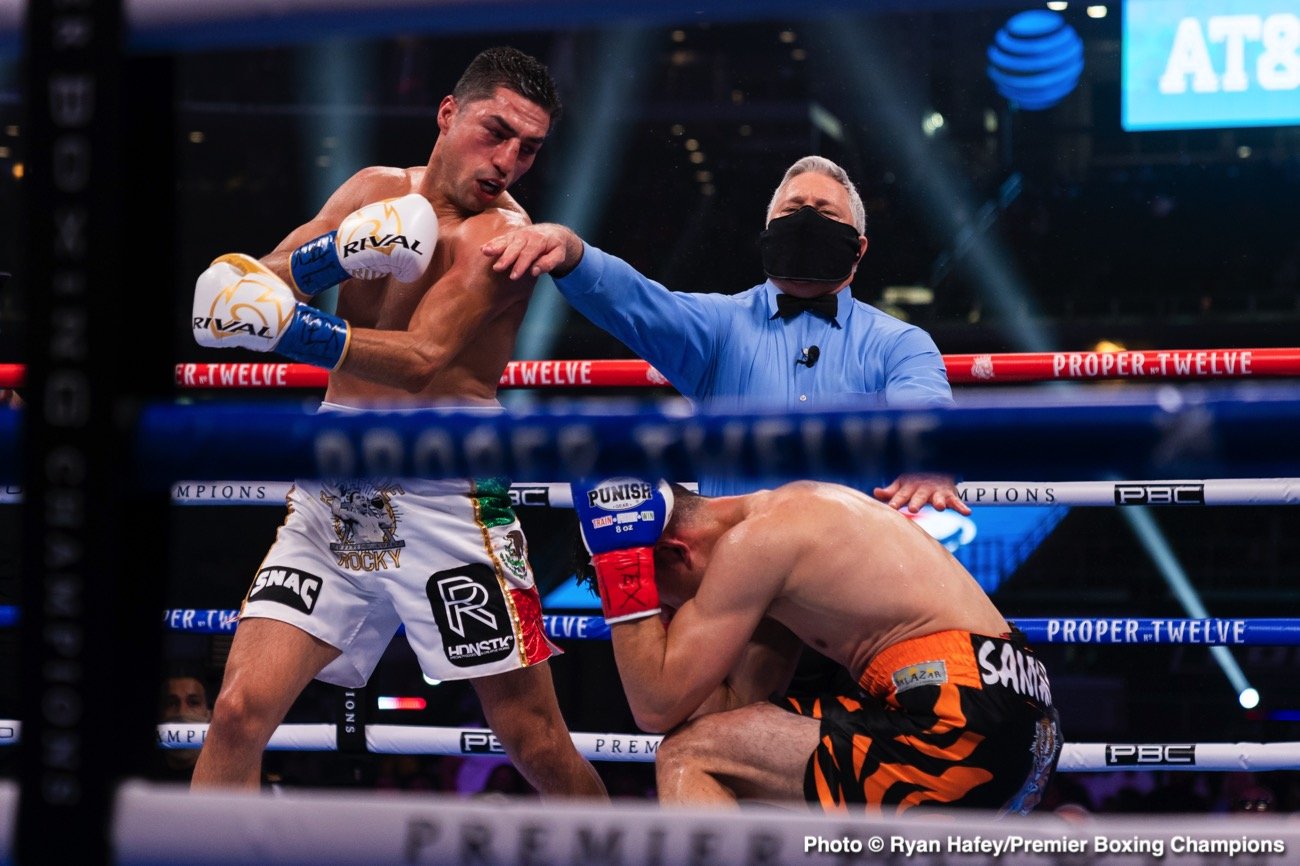 By Chris Williams: Terence Crawford’s dream fight against Manny Pacquiao on June 5th turned out to be another duster/dry hole for him with money men from Abu Dhabi failing to come up with the cash to make it a reality.

With the Pacquiao fight off the table and likely permanently, Crawford (37-0, 28 KOs) and his promoters at Top Rank could be turning their attention to #9 WBC Josesito ‘The Riverside Rocky’ Lopez for his next fight.

The 36-year-old Josesito (38-8, 21 KOs) was the guy that was rumored to be Crawford’s next opponent after his win over Kell Brook last November.

Josesito has won his last two fights against John Molina and Francisco Santana by knockouts. He’s looked good, showing that he still has a lot of pop in his punches.

Thurman beat Lopez by a 12 round decision in his ‘get-back fight in January 2019, and he was lucky to escape with a victory. Josesito had Thurman on the verge of a knockout in the seventh round after catching him with a tremendous shot.

Crawford likely would have already fought Josesito by now if his promoter Bob Arum of Top Rank hadn’t started talking up the idea of a fight against 42-year-old Pacquiao. Terence should have told Arum to forget it because it was never going to happen.

The rumored split for the fight was 80-20, with Pacquiao getting $40 million. You can argue that it’s a good thing that the investors from Abu Dhabi didn’t come up with the money to stage the Pacquiao – Crawford fight in the UAE because they likely would have lost money when the fight failed to bring in the big pay-per-view numbers to get a return on their investment.

Pacquiao is so old now, and he’s done precious little with his career since his embarrassingly one-sided 12 round decision loss to Floyd Mayweather Jr. The only significant victory the Filipino star has chocked up in the last six years was his win against an over-the-hill broken down Keith ‘One Time’ Thurman in 2019.

This wasn’t the Thurman of 2016, unfortunate. The Thurman that Pacquiao beat was a semi-retired, physically depleted version, who had been dealing with injuries and fattening himself up while sitting on the couch from 2017 to 2019.

Shawn Porter would be the perfect Plan-B for Crawford, but that’s a fight that likely won’t happen for a couple of reasons.

Crawford vs. Porter would obviously be a pay-per-view level fight, but past events suggest that it wouldn’t bring in the type of numbers to cover the costs of the huge purses.

If Crawford wants to fight twice in 2021, he’s going to need to get back in the ring soon because it’s already closing in in May, and he’s wasted all that time with his pipe dream of fighting Pacquiao.

Arum needs to sign Josesito as soon as possible for Crawford and then decide if he wants to shell out a ton of cash on a match with Porter.

It’s safe to say that a fight between Crawford and IBF/WBC welterweight champion Errol Spence Jr will never happen at this point. Spence has already offered Crawford a 60-40 split and been turned down.

Once Spence beats WBA champion Yordenis Ugas to snatch a third world title, Crawford will be lucky to get an 80-20 split.

Spence and Pacquiao are in negotiations for a fight in July on pay-per-view. If Spence beats Pacquiao, then that’s another reason why we won’t see a fight with Crawford.

Spence’s popularity will be through the roof after he sends Pacquiao into retirement, and there will be NO way that Crawford will be able to get the 50-50 split that he’s dreaming of.

The Streak is over, Edgar Berlanga beats Demond Nicholson by decision »