Jaron ‘Boots’ Ennis ready for Spence and Crawford if they call

By Chris Williams: Jaron ‘Boots’ Ennis says he’ll be ready to challenge for a world title against champions Errol Spence Jr or Terence Crawford after he former IBF 140-lb belt-holder Sergey Lipinets this Saturday in their headline fight on Showtime.

Lipinets (16-1-1, 12 KOs) and Ennis will be battling at the Mohegan Sun Casino in Uncasville, Connecticut, live on Showtime.

Ennis shouldn’t take his focus off Lipinets, 32, because he may lose. Lipinets hits harder than Ennis, and he has MUCH more experience.

The 23-year-old Ennis (26-0, 24 KOs) will be facing his first world-class opponent during his early five-year professional career, and it isn’t easy to know for sure how he’ll do.

What will happen when Boots Ennis starts getting hit?

We don’t know how Ennis will react if he’s thrown into the ring with Spence or Crawford, and he not be ready for either of them. Although Ennis has a lot of knockouts, he doesn’t appear to be a huge puncher.

He has basically gotten all his knockouts by bombarding his hapless lesser opposition. Ennis does have some power, but he’s no Julian Jackson and his hand speed medium-level. Boots Ennis doesn’t possess one-punch power or anywhere close to that. 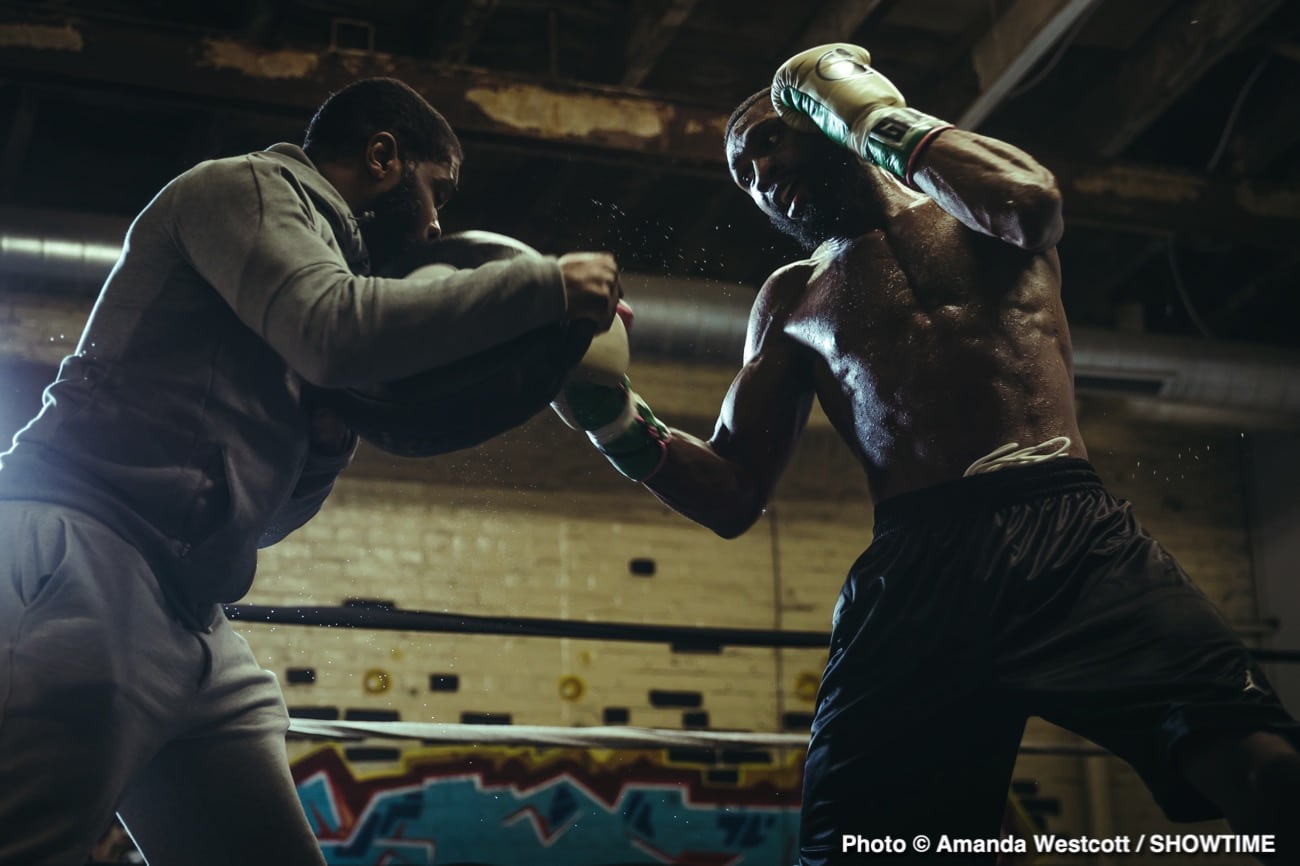 He’s not all that fast. He reminds this writer of Lamont Peterson, but with more emphasis on throwing headshots compared to him.

Peterson was the same kind of puncher as Ennis, but he focused on throwing to the body, and he faced much better opposition.

Thus far, #7 WBO Ennis has been fighting second and third-tier sub-level opposition, and he’s been kept well clear of fighters with ability.

The knockouts that Ennis has been getting will likely slow way down once he starts consistently facing talented opposition that have chins and throws shots back at him.

Jaron willing to fight Crawford or Spence next

“I feel like I’m ready for a top-five or top-three guy and then a world title at the end of the year.

“If any of the top guys need a dance partner, they can just call,” said Ennis when asked if he would like to fight Crawford or Spence next.

It would be a terrible idea for Ennis to take on Spence or Crawford anytime soon. If Ennis wants to fight those two, he should wait until they get older, in their late 30s, before fighting them. 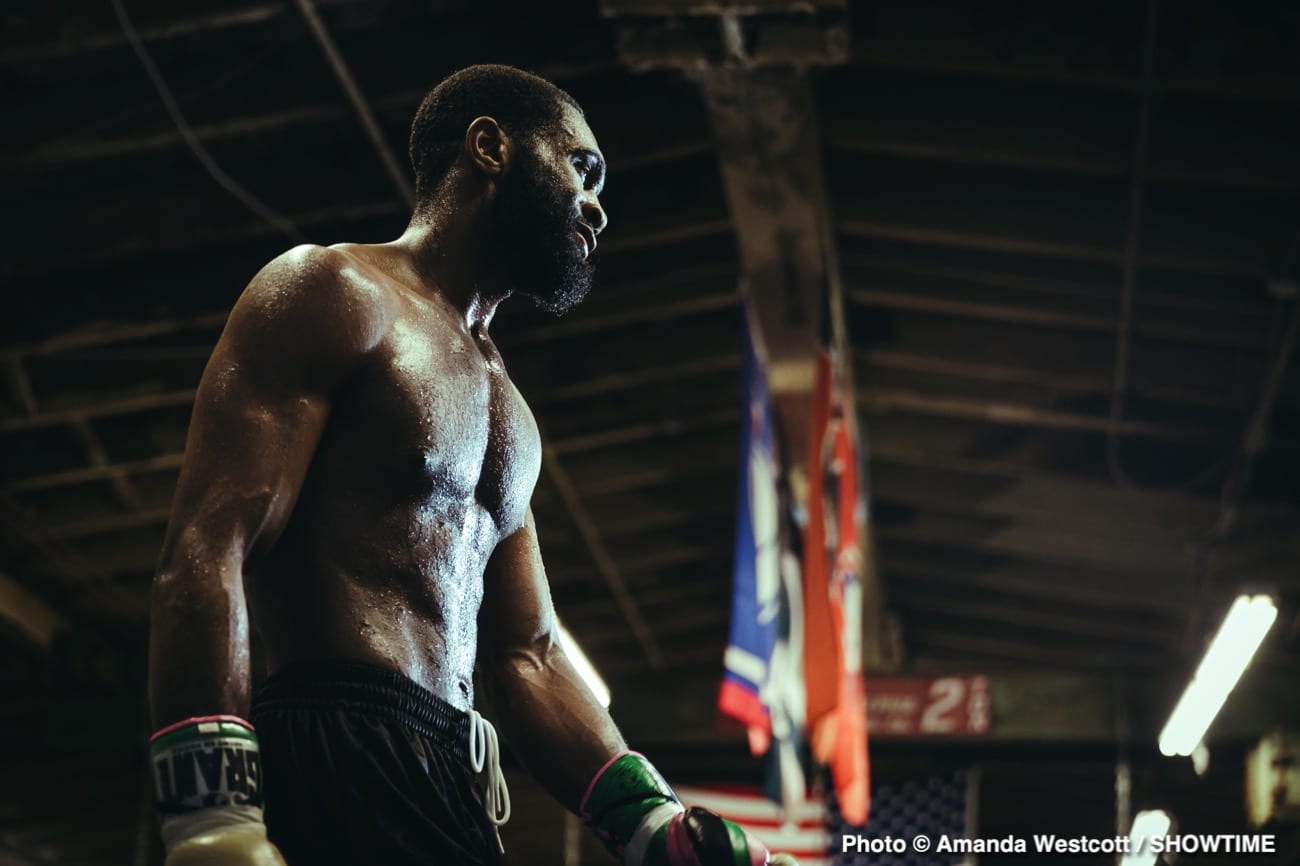 In other words, Ennis should age Crawford and Spence in the same way Canelo Alvarez aged Golovkin by waiting until he was 36 before finally agreeing to fight him.

Canelo could have fought GGG when he was 32, but instead, he made excuses for four years before finally facing him once he hit 36 and was beginning to show his age.

“Ennis is 26-0 with 24 of those wins coming by knockout, which has drawn comparisons to another undefeated knockout artist Vergil Ortiz. On my podcast this week. I asked Ennis if a fight with Ortiz.

“Like I always say when people ask me this question, and I say the same thing; All they got to do is call. It ain’t hard to find me,” said Ennis to DAZN when asked if he’s interested in fighting Vergil Ortiz. “I don’t turn down nothing.”

“How long do you think it’s going to take before these two top prospects cross paths?” said Mannix about Vergil Ortiz and Ennis.

“Not long at all because at 23-years-old, these guys want to prove their champions; they want to fight the best,” said Sergio Mora about Ortiz and Ennis.

Boots Ennis says he’s willing to fight Vergil Ortiz, and he may even mean it, but his promoters are likely going to steer him towards safer opponents.

Ortiz Jr is too strong for Ennis, and he’ll likely knock him out in the same way he did Maurice Hooker.

I rate Hooker as a better puncher and a more skilled fighter than Ennis. Hooker has been around for a while, so he’s not getting the hype that Ennis is right now.

Earlier in Hooker’s career, he had the same thing with people saying he’s the best thing since sliced bread.

Once Hooker started fighting guys with talent after being a pro for a decade, that’s when the losses started coming. Hooker is definitely a bigger puncher than Ennis, and with better hand speed and a more generating style.

“When it comes to Vergil Ortiz, he’s knocked out everyone they’ve put in front of him, and he just knocked out a former champion in ‘Mo’ Maurice Hooker,” said Mora.

“Now you have Jaron ‘Boots’ Ennis, who is a power puncher, a slick southpaw, a southpaw that switches, and an excellent body puncher.

“He wants to prove that he’s the best, and he’s knocking out most of his opponents as well. It’s a tremendous fight, and I think it’ll happen soon because of the ambition of this new breed of 23-year-olds that want that smoke. They want to fight the best.”

Vergil (17-0, 17 KOs) is too far ahead of Ennis for him to have much of a chance against him. It would be better for Ennis’ management to keep him away from Ortiz and hope that maybe he’ll lose to someone.

The kind of guys that Ennis is more suited to is the weak punchers and old guys that he’s been building his inflated resume on. Ortiz isn’t old, and he’s definitely not weak, which is why Ennis’ management will likely keep him away from him.

Is it too soon for Ennis vs. Ortiz?

“That’s a nice fantasy you got there, Sergio, but I don’t think this fight happens anytime soon,” said Manix about the Vergil Ortiz Jr vs. Jaron Ennis clash.

“In fact, it’ll take both of them to have a piece of the welterweight title before we see them in the ring. The politics of boxing is what it is.

“You’ve got Ennis, who fights on the Showtime side of the street. Ortiz is aligned with Golden Boy and DAZN.

“I just don’t think there’s going to be enough money on the table to have both of them come in and have that kind of fight.

“I’d love to see it because that’s a guaranteed action fight between two of the best welterweights in boxing, but I think it’s going to be a couple of years, at least, before we see those two guys square off.”

If the idea is to let the Ennis vs. Ortiz fight make as much money as possible, it makes sense to let it marinate. But that may not be easy to do once one of the world titles at 147 is vacated.

If there’s only one title freed up, Ennis and Ortiz could bump heads going after that belt.

It would not be good for Ennis because he doesn’t possess anywhere near the same power that Ortiz has. This would be like throwing Lamont Peterson in the ring with Ortiz.

Peterson might do okay for a little while, but Ortiz will eventually chop him down.

Ennis is essentially a show-boating version of Lamont Peterson, but his opposition has been much worse than the guys he faced early on.

Spence will be moving up to 154 soon

“You got to figure that in the next eighteen months or so, Errol Spence is going to leave the welterweight division,” Mannix continued. “He’s going to move up to 154 pounds.

“That’s going to free up several of those titles. I think once Ortiz and Ennis get a piece of those titles, then there will be some momentum to see that fight happen. But unfortunately, I just can’t see it happening anytime soon.”

“Chris Mannix, take your pessimism somewhere else because I think we’re dealing with a new generation of fighters,” said Mora. “They want to prove that they’re the best.

“And they got that alpha; they want to prove that they’re the best. They got that dog in them. When it comes to Boots Ennis, he’s knocking out everyone they put in front of him.

“Vergil is the same way. I don’t think we’ll have to wait long before they have ambition is there, the talent is there.

“The money may not be at the peak of what it could be at, but these younger don’t care because they want the respect over the money. When it comes to Ortiz and Boots, they’re made for fighting.”

Once IBF/WBC welterweight champion Errol Spence Jr vacates his two titles in a little over a year, Ennis can certainly go after one of them. But he’ll have his hands full if he goes up against Vergil Ortiz.

I don’t think Ennis will be able to hang with Ortiz, as he hits too hard and relentless.

The judges won’t be impressed if Ennis runs around the ring, showboating, changing stances, but not landing with Ortiz’s same power.

Like Crawford, Ennis uses many gimmickries, but it’s all artifice but doesn’t serve any purpose other than wasted showboating moves. 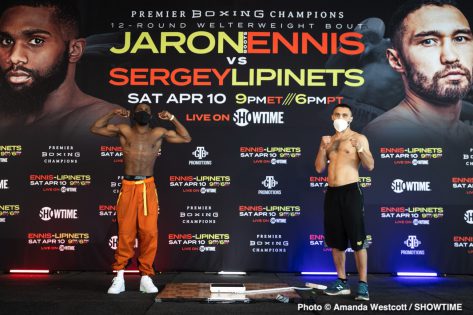 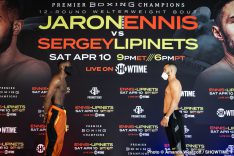 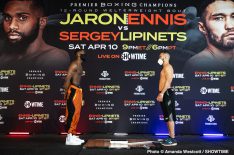 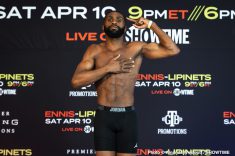 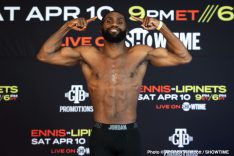 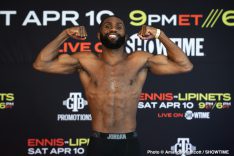 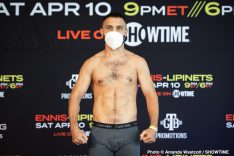 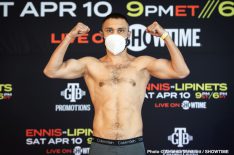 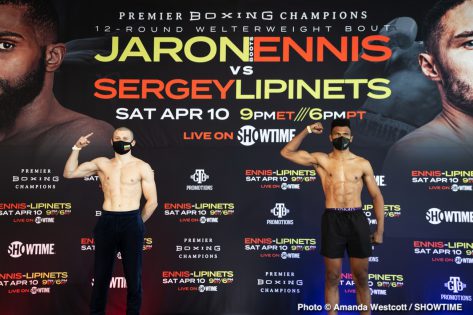 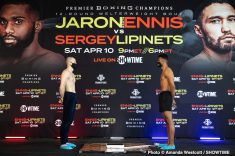 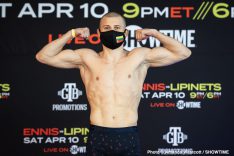 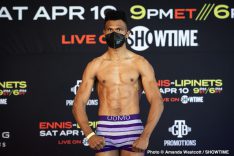 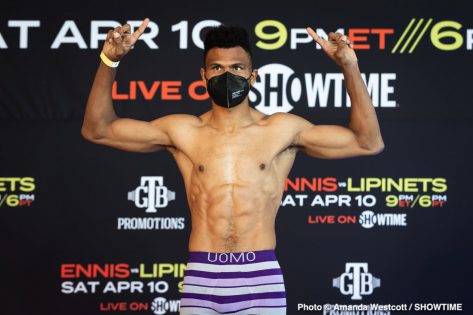 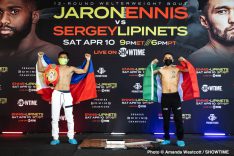 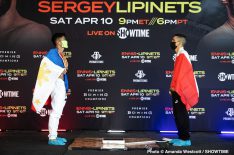 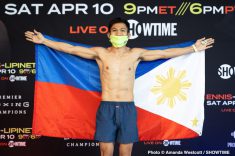 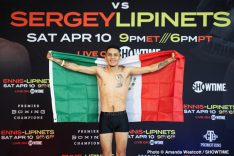 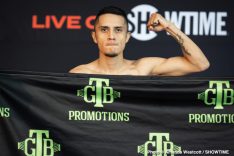 Courtenay vs Bridges: ‘The Baby Face Assassin’ meets ‘The Blonde Bomber’ on April 10 »