Conor Benn: I’m going to do a number on Samuel Vargas

By Allan Fox: Conor Benn plans on doing the job on his opponent Samuel Vargas in his step-up fight this Saturday night on April 10th. Benn (17-0, 11 KOs) is being given an advanced test against the solid B-level fighter Vargas (31-6-2, 14 KOs) at the Copper Box Arena in London, UK,

Even Benn’s own promoter Eddie Hearn isn’t certain whether he’ll come out the victor in this fight because he’s facing an experienced guy that has better power.

If Benn gets blasted out by Vargas, you can bet that Hearn will be the one that is given the blame for the loss.

The critics will tear into Hearn, saying that he was crazy to put a greenhorn like Benn in with an old pro like Vargas.

If the 24-year-old Benn loses, he’s young enough to rebuild and learn from his mistakes to come again.

Where it could get interesting is if Hearn continues to match Benn tough after the loss. That’s how the Colombian Vargas’s career has gone.

He wasn’t handled with kids’ gloves after his defeat against Errol Spence Jr six years ago in 2015. Vargas was roughly the same age as Benn is now, but his promoters have continued to put him in with talented fighters.

“This is the sort of fight where I really do show what I’m capable of,” said Vargas on Thursday at the final news conference.

Vargas is a slight improvement over Formella, but not a huge one.  The power that Vargas possesses is a lot better than what Benn dealt with against Formella, but he’s still a flawed fighter.

For Benn to show whether he’s capable of beating the solid welterweights, he’ll need to mix it up with Vergil Ortiz Jr, David Avanesyan, Danny Garcia, or Omar Figueroa Jr.

Those guys will give Benn a chance to show what he can do in the division.

It wouldn’t be a good idea to let Benn fight Shawn Porter, Keith Thurman, or Jaron Ennis. Those guys have too much talent, and they’d likely knock Benn out.

“Every time we’ve said it’s a test, I’ve passed with flying colors,” Benn said. “With Koivula people were writing me off again. I stepped up again against Sebastian Formella and what happened.

The criticism that Vargas has received is that he’s lost every time he stepped up against better opposition during his career. But the guys that Vargas has lost to would all likely beat Benn except for perhaps Khan.

If Khan was still active with his career, you’d have to favor him to beat Benn, but he stopped fighting on a frequent basis years ago.

Hearn is going to try and set up a fight with Amir Khan or Kell Brook for Benn if he wins on Saturday. Khan would probably be the easier test for Benn, as he’s got a chin problem and he might not be able to handle his power. 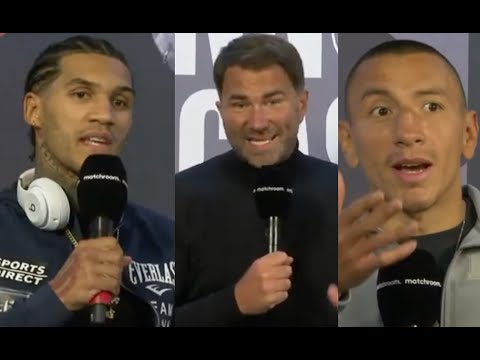 Brook, 34, would be a harder fight for Benn because he can still punch, and he’s someone that is capable of taking him places he’s never been before. It’s likely that Hearn won’t push too hard for a fight with Brook because that’s a little too advanced for Benn.

Jaron ‘Boots’ Ennis ready for Spence and Crawford if they call »