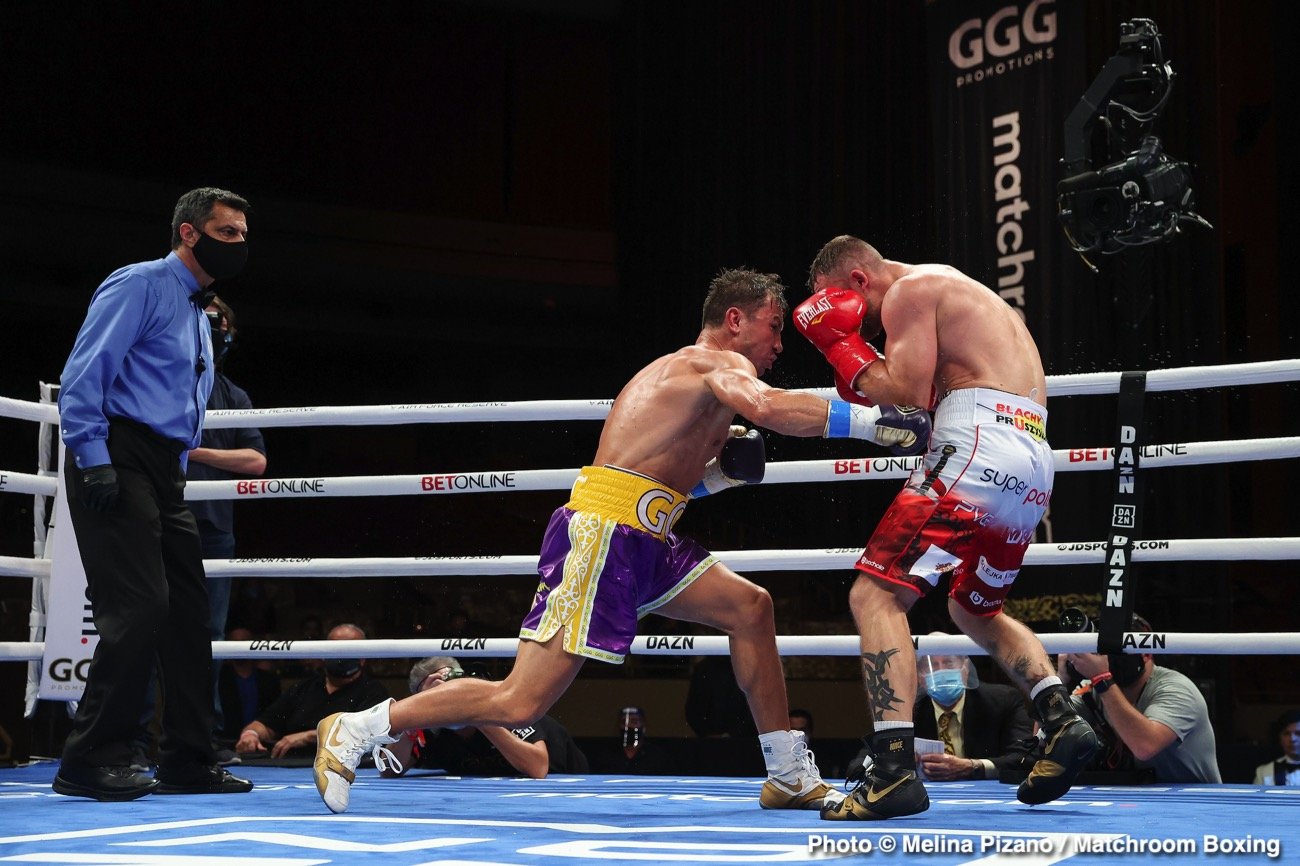 There’s virtually no chance of Hearn getting Golovkin to agree to fight Andrade (30-0, 18 KOs). At this point in his career. It doesn’t matter that Golovkin would likely be the favorite against Andrade; he’s not expected to agree to fight him.

Andrade, 33, showed a lot of weakness last Saturday night in laboring to an unimpressive 12 round unanimous decision against Liam Willams on DAZN in Hollywood, Florida. Williams put a lot of pressure on Andrade and looked tired in the second half of the contest.

Unfortunately, Golovkin (41-1-1, 36 KOs) shows no interest in fighting Andrade or WBC 160-lb champion Jermall Charlo in unification fights, despite the boxing world being interested in those fights.

It appears that the only two fights that GGG is interested in are Murata and Canelo Alvarez, which makes sense because he’ll get a lot of money.

The Golovkin vs. Murata fight would be a ‘business’ level match-up rather than one that boxing fans would want to see. In other words, it’s another mismatch involving Golovkin fighting a guy that has no little chance of beating him.

We’ve already see Golovkin in hopelessly one-sided mismatches in 2 out of his last 3 fights since inking with DAZN. 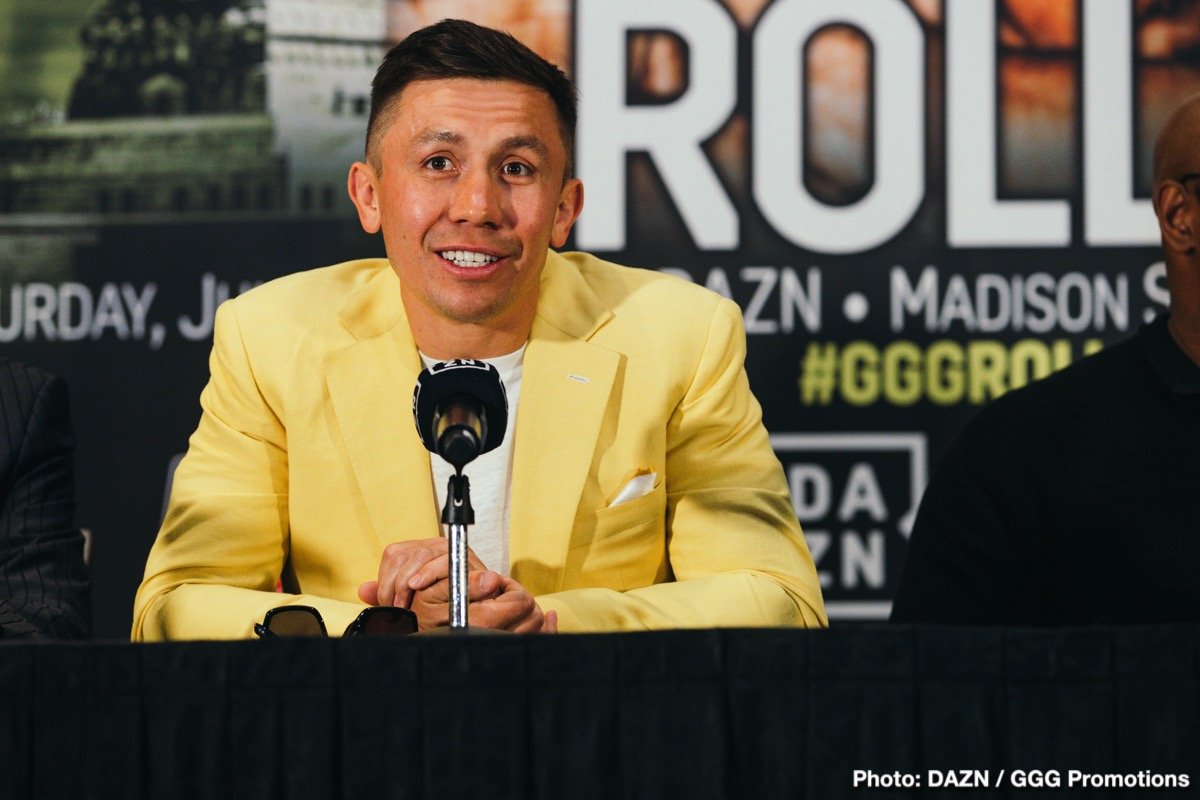 The streaming giant had to have been hoping to see Golovkin take on the best fighters in the division when they signed him to their platform two years ago, but instead, he’s been taking it easy, much like Canelo Alvarez has since he signed with DAZN.

I mean, the fans in Japan would want to see Golovkin vs. Murata, but not elsewhere. Murata isn’t well known in the U.S, and he’s not rated highly after losing to Hassan Ndam and Rob Brant.

Those two fighters would likely lose to even bottom fringe contenders in the middleweight division, which is why many boxing fans view Murata as a paper champion.

It’s believed that Golovkin will retire once his last three fights are up with DAZN.

Golovkin has already burned through the first three fights of his six-fight contract with the streaming giant, beating little-known Steve Rolls, Sergiy Derevyanchenko in a tougher than expected match before blowing out the badly flawed Kamil Szeremeta.

GGG, 39, has already been out of the ring for four months since his easy seventh-round knockout victory over his IBF mandatory Kamil Szeremeta last December. 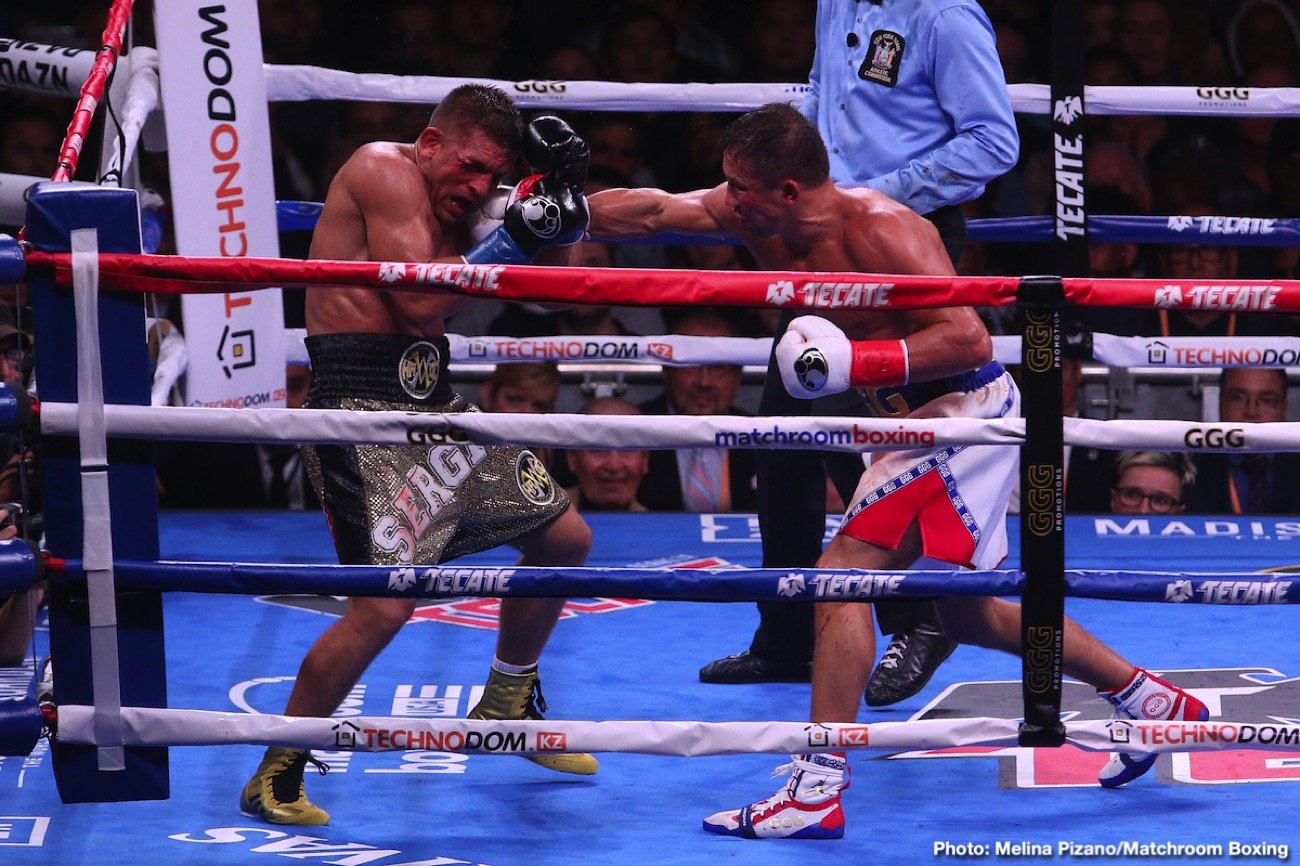 “I work with him, but I almost called out Gennadiy Golovkin,” he said on the DAZN Boxing Show. “Golovkin is a big favorite, in my opinion, to beat Demetrius Andrade in a fight.

“It’s a really tough fight, but Gennady is 100% the favorite in that fight. Now, if Golovkin is looking at a [Ryota] Murata fight in December – we’re in April.

“I would like to see Gennadiy Golovkin fight, Demetrius Andrade, unify, then fight [Ryota] Murata.

“Unify, then you can have an undisputed fight with Golovkin and [Jermall] Charlo. That’s what I believe Golovkin should do.”

I don’t think it matters that Golovkin would be the favorite against Andrade because he’s still not likely to take the match. The problem is, Andrade would make it tough against Golovkin, and he wouldn’t be a sure thing win.

At this point, Golovkin doesn’t appear to want to take any risky matches because he needs to win each time out for him to get a trilogy match with Canelo Alvarez.

According to Celebrity Net Worth, Golovkin’s net worth is $30 million. If he can trilogy match against Canelo, he could considerably add to his fortune.