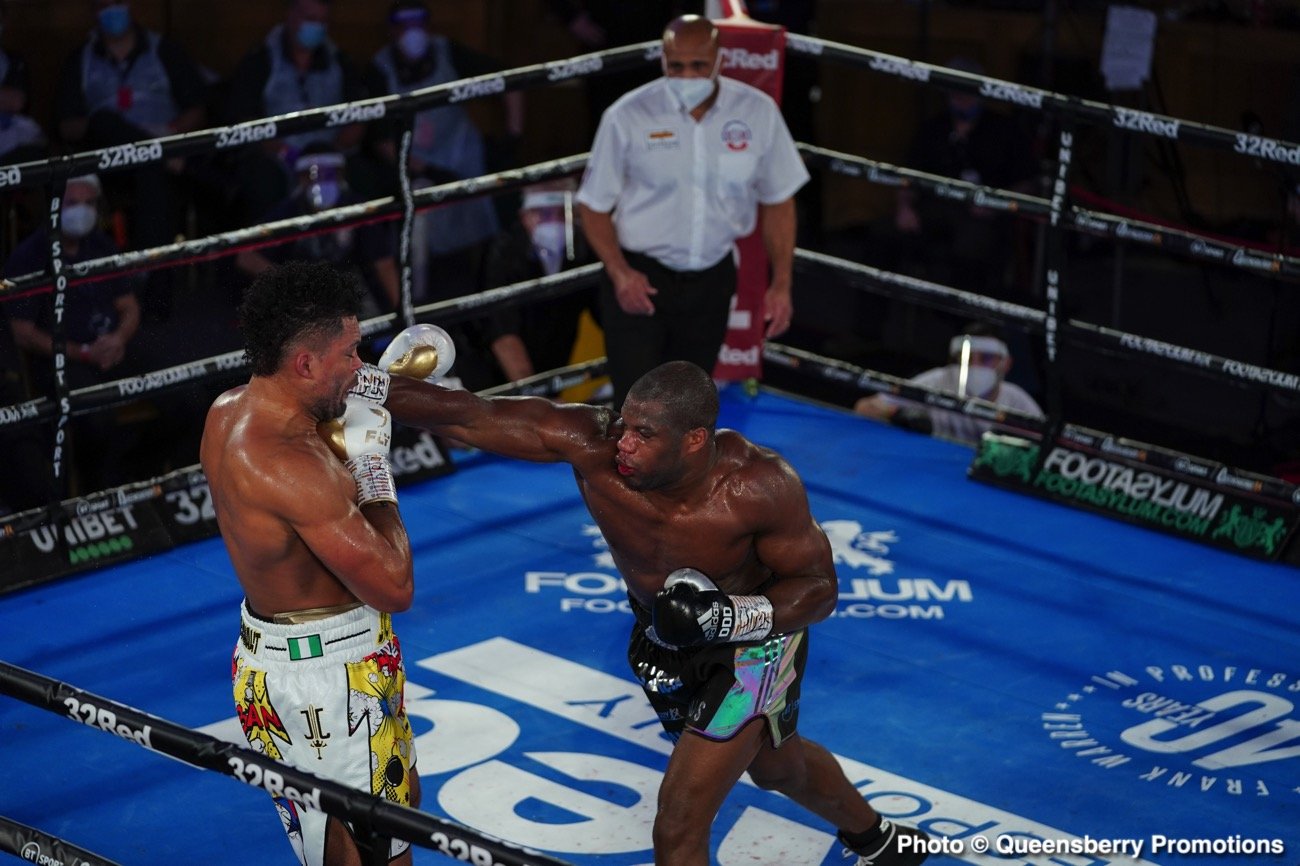 By Jim Strobridge: Highly hyped blue-chip heavyweight Daniel ‘Dynamite’ Dubois says he’d like to get a chance to fight Dillian Whyte to “show him” what kind of fighter he is after being criticized by the Matchroom fighter following his 10th round stoppage loss to Joe Joyce last November.

Whyte was among many who took a verbal shot at the previously unbeaten phenom Dubois (15-1, 14 KOs), seeing him as a quitter due to him taking a knee in the 10th.

Many other people dumped on the 6’5″ Dubois after he quit, and he feels that they should have empathized with what he was dealing with.

Dubois had suffered an eye injury in the third round of the fight with the 2016 Olympic silver medalist Joyce, and he bravely fought with the pain for another seven more rounds.

The injury got steadily worse for Dubois, swelling badly until finally, he took a knee in the 10th after getting hit with a jab from Joyce directly on his injured left eye. The pain was too much for Dubois to bear.

“One day, I’d like to get in the ring with Dillian Whyte and show him. All of it will give me the experience I need as a fighter. I’ll get better fights under my belt,” said Dubois to the Daily Mail.

It’s likely that if Whyte had suffered a similar eye injury as Dubois, he would have been pulled out of the fight by his trainer.

Dubois’ promoter will likely have him pick up more experience over several years before initiating negotiations for a fight with Whyte.

By then, it’s unclear whether Whyte will still be in the game. He’s 33 now, and he may be too old to be much of a test for Dubois in three years.

It’s too bad that Dubois took the risk of fighting the 35-year-old Joyce so early in his career, as it looked like a risky move even before the fight was made. Although Joyce is slow in terms of hand speed, he’s huge at 6’6″, and he has an excellent jab, a high work rate, and superb stamina.

To add to all that, Joyce’s chin is one of the best in the business. This meant that he would be able to take Dubois into the deeper waters and drown him, which is what he did.

“The boxing business teaches you a lot about different people and what they are thinking,” said Dubois. “They can’t wait to see you lose sometimes. They slag you off, and now it’s happening to me. I should have been expecting it.”

It would be best for Dubois to forget about fighting Whyte because it won’t prove anything, and he’ll be too old by the time he’s ready. 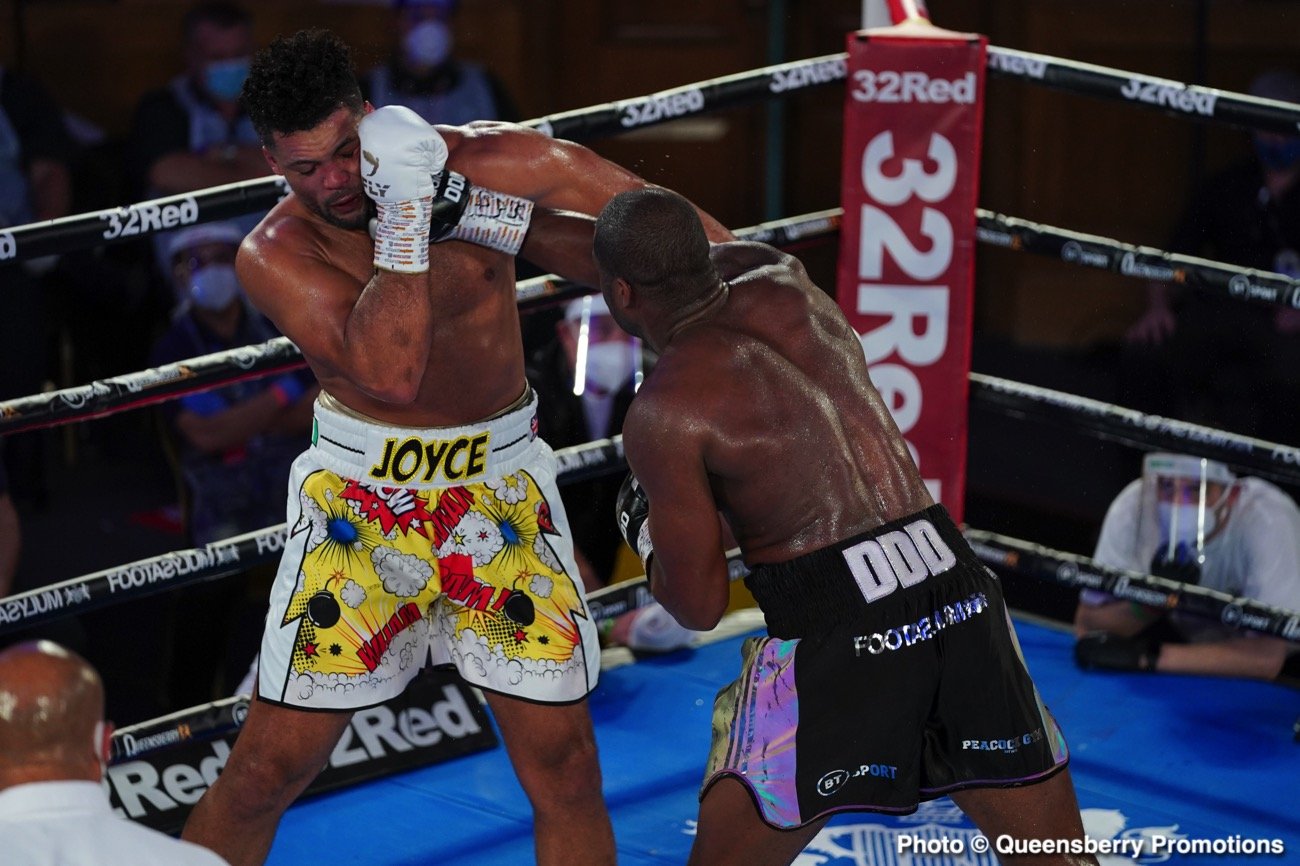 Instead of receiving credit if Dubois were to beat Dillian in several years, boxing fans will stay that he waited until ‘The Body Snatcher’ got old before fighting him. In other words, Dubois can’t win.


« Andrade vows to punish Williams for his trash-talking

Kambosos: “Lopez has a suspect chin, don’t surprised if he goes down in three rounds” »