By Charles Brun: Derek Chisora weighed in at 250 1/2 pounds on Friday for his headliner fight against former WBO heavyweight champion Joseph Parker for Saturday’s card live on DAZN and Sky Sports Box Office at the Manchester Arena in Manchester, England. Parker weighed in at 241.1 lbs and looked in great shape.

Unfortunately, the 37-year-old Chisora (32-10, 23 KOs), who is basically a gatekeeper at this point in his career, is threatening to pull out of the fight unless he gets to walk in second in front of his fans.

Moments before the face-off, there was a coin toss to determine which of the two fighters would walk in second, which for them is a big deal. The average boxing fans could care less about the nonsense of which guy comes in second. It’s a fight, and that’s all they care about.

Chisora is the home fighter, and technically, you can argue he’s the A-side in being the more popular of the two.

David Haye, the manager for Chisora, says that the fight won’t happen unless his fighters walk in second.

“I genuinely can’t see the fight happening if Derek is told to come first,” Haye said to Sky Sports. “I know it makes zero sense. He agreed [to] it, he signed the contract.

“He’s just that guy, he doesn’t care, and unfortunately, that’s just the way it is.”

The question is, would Chisora actually walk out of the fight if he’s not given his way? You can imagine that move being a disaster for Chisora’s career and potentially costing him a lot of money.

I mean, Chisora’s coming off a loss to Oleksandr Usyk last October, and he’s ranked at the bottom 15 spot with the World Boxing Council. We’re not exactly talking about a superstar type of heavyweight, are we?

Did Chisora overlook that and assume that he would be given the A-side status on the night of the fight?

“I was like, ‘Nah, not doing that,'” said Chisora about him not taking part in the coin toss. “Either I come in second, or I’ll go home right now.” 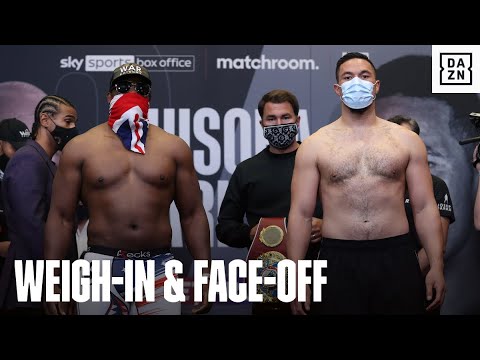 It would be a sign of immaturity for Chisora to pull out of the fight over this small matter. Additionally, what would be the repercussions for Chisora’s career after a bizarre move like this?

Assuming Chisora does pull out of the fight, WBA light heavyweight champion Dimitry Bivol (17-0, 11 KOs) may be moved up to the main event for his title defense against Craig Richards (16-1-1, 9 KOs).

Bivol is arguably the best fighter on Saturday’s card by a mile, and he may be the best talent in the 175-lb division today. Having Bivol in the main event would be an elevation in talent.

It’s too bad Bivol, 30, isn’t facing a better opponent than the 31-year-old ‘Spider’ Richards because he’s capable of much more than this. Richards is a domestic-level British fighter who has yet to cut his teeth on his first contender. This fight promises to be a dreadful mismatch.

The talented Russian Bivol has beaten Jean Pascal, Sullivan Barrera, and Joe Smith Jr in the past. You can make an argument that all three of those fighters would mop the deck with Craig Richards without breaking a sweat.

Bivol weighed in at 174.1 lbs while Richards came in at 174.4 lbs. This is the first fight for Bivol since his defense against Lenin Castillo in 2019.

In other undercard weights:


« Kambosos: Teofimo’ Lopez is a dead boy once it goes past 3 rounds