By Matt Lieberman: IBF & WBA super bantamweight champion Murodjon Akhmadaliev (9-0, 7 KOs) looked out of this world good tonight in beating the courageous and tough as nails Ryosuke Iwasa (27-4, 17 KOs) by a fifth-round technical knockout on Saturday in front of an energized crowd at the Humo Arena in Tashkent, Uzbekistan. the fight was stopped at 1:30 of the fifth.

Iwasa gave as good as he got through the first four rounds of the contest, but the fight got away from him in the fifth when the 2016 Olympic bronze medalist Akhmadaliev opened up with a barrage of punches. 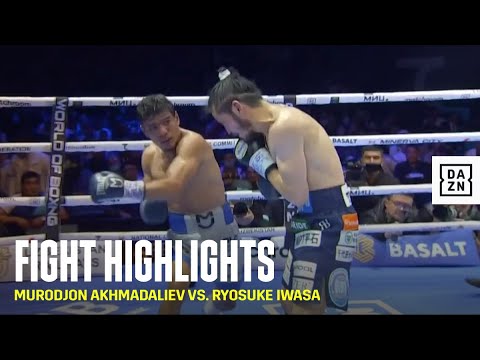 Iwasa made it through the storm of shots and was fighting back, but after Akhmadaliev unleashed another hail of punches, the referee had to step in and end the fight.

It’s unclear why Iwasa didn’t tie Akhmadaliev up to keep him from landing at will, but he might have had too much pride. Iwasa’s inability to get any shots off to make it look competitive left the referee with no other choice but to stop the fight.

When a fighter is getting hit with as many punches as Iwasa was in the fifth, it puts the onus on the referee to save them.

In this case, if the referee didn’t step in and stop Akhmadaliev from continuing to unload on the helpless Iwasa, we might have seen him get hurt.

On one hand, you got to like Iwasa’s courage, toughness, and ability to take a lot of heavy shots from Akhmadaliev, but on the other hand, he was taking a terrible beating. The referee can’t allow that to happen when it’s that one-sided.

Iwasa was landing nice shots in the first four rounds and giving Akhmadaliev a lot to think about. Where Iwasa went wrong is he didn’t expect Akhmadaliev to come out throwing sustained combinations in the fifth, and he never adjusted to his nonstop punching.

If Iwasa had used movement or if he’d tied Akhmadaliev up, he could have made it through this round. He wasn’t ready for the different look and never made the adjustments.

It was a nice victory for the 26-year-old Akhmadaliev, as he showed that he was too much for Iwasa, who had never been knocked out like that before.

Moving forward, Akhmadaliev needs to face better opposition than this. It’s hard to understand why Iwasa was selected for him tonight rather than a higher-ranked contender or preferably another world champion.

Boxing fans would like to see Akhmadaliev take on one of these fighters:

Undercard results for the Akhmadaliev vs. Iwasa card: 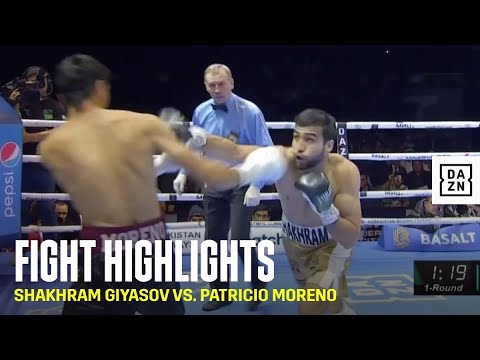 
« Kid Galahad vs. Jazza Dickens added to Canelo vs. Saunders card on May 8th

Dillian Whyte calls out Deontay Wilder: “I want to punish the coward” »