Who is responsible for the Canelo vs. Yildrim mismatch of the year?

By Gerardo Granados: Last weekend, we, the fight fans, got to see how Saul Alvarez defended his WBC super-middleweight strap against his challenger Avni Yildrim.

The fight resulted in a one-sided beat down in which the opponent Avni Yildrim, a supposed to be WBC mandatory challenger, proved to be totally unworthy of such status and even less deserving of a shot at the WBC super middle belt. To add insult to the heinous mismatch, the challenger just showed up to pick the check by not even try to win.

Before the mismatch took place, we were once again forced to wait a long delay until Canelo got into the ring. By the time Yildrim was already inside the ring, it had taken Canelo around an extra 20 minutes delay to get in, finally entering into the ring after an extravagant wrestling circus type of ring walk.

I guess PT Barnum would have felt envious of such ring walk but to be honest, this is pro boxing, and we don´t need such circus garbage to hype a fight, so let´s keep it clean.

I mean, we boxing fans watch boxing because we want to see a fight, the bloodiest and the more savagery displayed inside the ring it’s the best entertainment.

There is no need to distract the casual boxing fans and to bore hard-core boxing fans with childish circus performances before the fighters enter the ring.

As I previously stated, the bout resulted in a total mismatch but was the reader really surprised that the supposed mandatory challenger had no real chance to beat Canelo? After seen Alvarez´s masterful performance against Callum Smith, was anyone considering Yildrim as any threat to Canelo?

Two days before the weigh-in, I read a comment of a fight fan a bit disappointed, stating that he just noticed that Yildrim had been two years inactive. In another post, someone stated that in his last fight, Yildrim fought an old journeyman and that Avni got a gift from the judges to beat him.

During the fight, from start to finish, Canelo was in total control of the actions. That is not a hard feat to accomplish when your opponent shows no intention to fight. Yildrim punch stats were ridiculous compared to Canelo´s. Even worse, Avni never showed any real intention to win the WBC belt at stake.

The reader must remember the fight between Mauricio Lara and undefeated IBF belt holder Josh Warrington; in that fight, the clear underdog showed up to fight to show heart, hunger, and determination; and ended winning by a nasty knockout in nine rounds, in a hard to beat upset of the year.

Well, Yildrim just showed to pick the check. I bet you all remember how Rod Salka was handpicked by Danny Garcia and how horrible a mismatch it was. In that particular fight, the overmatched Rod Salka showed courage and big stones, going out as you expect a proud fighter would do. 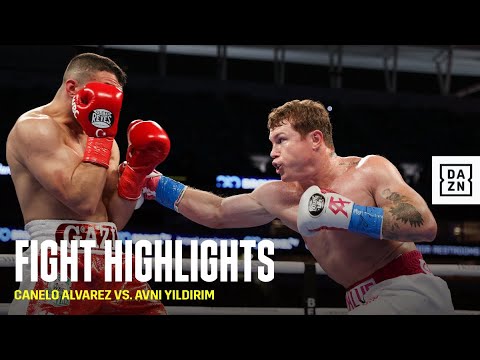 It seems like that the involved are trying to pass the buck. The Canelo Team already knew who Yildrim was. Avni had been a sparring partner for Canelo a few years back, so they knew exactly the limitations he had. Maybe that is why they took Yildrim shortly after Canelo’s last fight in between the May date in which now Alvarez is going to fight against WBO super middle belt holder Billy Joe Saunders.

Or perhaps Canelo was afraid that the WBC would have stripped him of the WBC super middle strap if he did not fulfill his mandatory duties. For sure, it would have been easier for Canelo to drop the belt as he did against his once mandatory WBC 160 challenger Gennady Golovkin instead of the WBC stripping him off the belt. In other words, maybe the WBC is to blame and not the Canelo team because they did what they were ordered to this time.

Didn’t DAZN once passed on Avni Yildrim as an opponent for Canelo? Back then, it was reported that DAZN didn’t consider Yildrim as a worthy opponent. So what changed? Was now during a full-year mandatory COVID19 lockdown the Canelo vs. Yildrim PPV worthy? I mean, right now, many small businesses are struggling, and some are on the verge of going broke. I have to say that it looks like a scam for naïve or not well-informed fight fans.

Right after the fight ended, the WBC President Mauricio Sulaiman tried to give explanations. First, he stated that on paper, Yildrim looked better than he really was. Later on, I read he stated that the COVID19 lockdown might have affected Yildrim.

Finally, he stated the WBC would look into the issue to fix how the mandatory status was selected. I have supported the WBC in the past, but not this time; I believe that Yildrim never had the merits to be considered as a mandatory challenger before the forced lockdown occurred.

Long gone are the years when by example, the late WBC president Don Jose Sulaiman gave Julio Cesar Chavez and Mario Martinez the chance to fight for the vacant super feather title back in 1984.

After the fight ended, the usual boxing major media puppets hurried to highlight Canelo’s victory and to omit to point out how this bout ended in the mismatch of the year.

The same happened with the boxing major outlets; it was in some cases as if they were on payroll trying just to highlight the positive and not to tell fight fans that it was a lousy mismatch from start to finish.

An author stated that it had been a perfect outing for Canelo; another one stated that Canelo did what he was supposed to do against a lesser opponent and that it was good to see him active. But none pointed out that either this was a money grab fight or that the WBC made a huge mistake. Not a single negative word.

If the Canelo vs. Yildrim had been a ten-round non-title bout, I would have had no problem with it. In the past, Champions would defend their title two or three times in a year, first at fifteen rounds and then in the late eighties at twelve rounds. 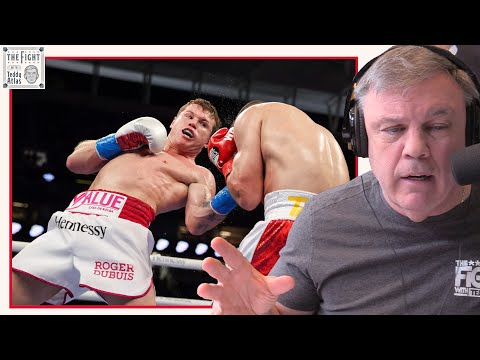 In between, the World Champion would take on lesser opposition fighting at stay busy ten-round bouts, and it was ok because we all knew it was not a title bout. But now a day they sell every single fight as if it was a title bout; it is not enough to have four boxing organizations that have multiple supposed to be champions, no now every single damn fight is billed as a championship bout, and most casual fans fall for it buying unworthy PPV after another unworthy PPV.

Trainer Eddy Reynoso got angry at ESPN David Faitelson for his criticism of the fight. As the say goes: “si el rio suena es porque agua lleva”. I might not agree with what David Faitelson often says, but this time he is not lying, and the truth is on his side. Trainer Reynoso better takes notice that not all boxing scribes or boxing and sports analyst praised the bout and did criticize it for what it was.

Is it us, the fight fans, that are responsible for the constant toleration of absurd circuses bouts taking place? This situation is in crescendo, and it seems to have no end near. Pro boxing was once a niche sport; now, it is so watered down for mass consumption that it only resembles a fake Chinese copy from the original.

I must ask the readers. Is there anyone to blame?