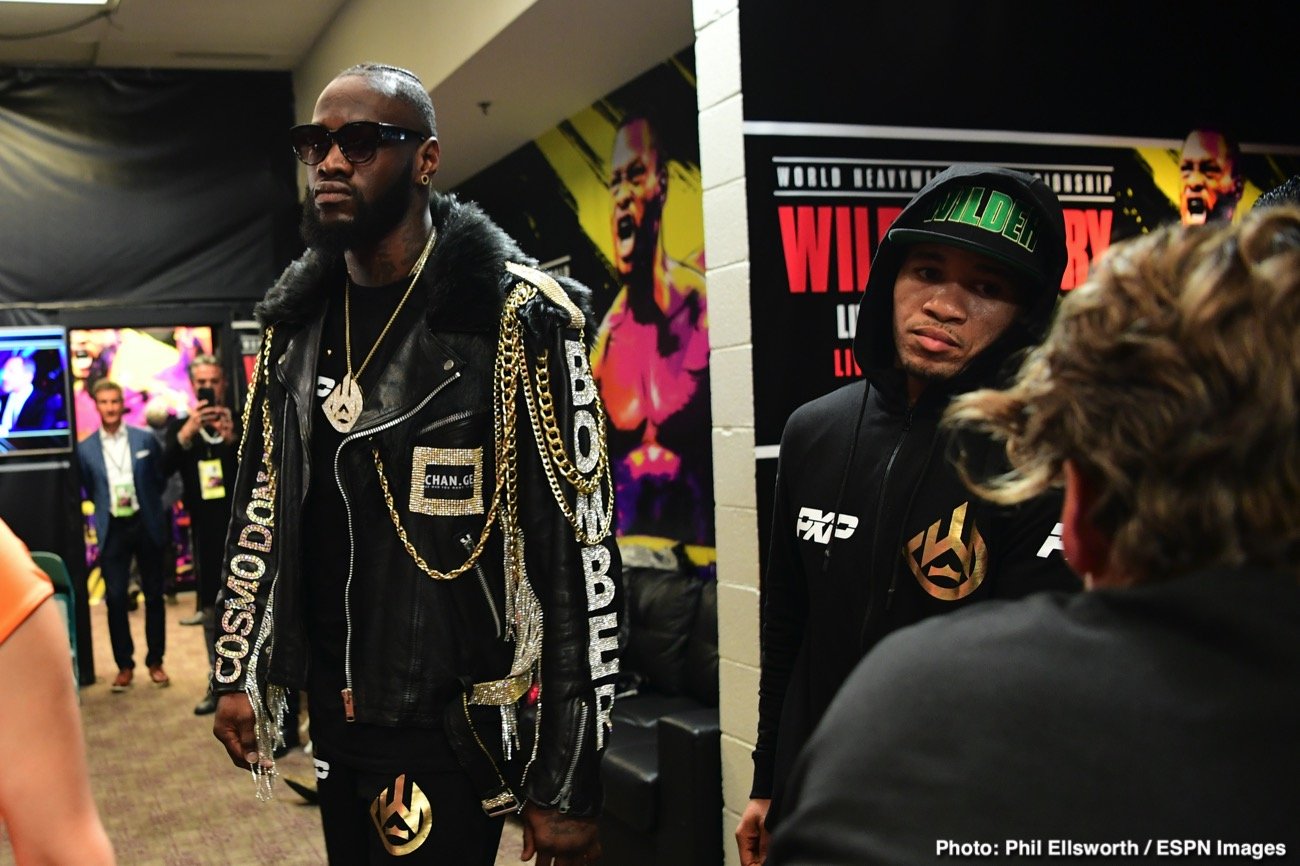 By Chris Williams: WBC president Mauricio Sulaiman is all for the idea of former WBC heavyweight title Deontay ‘Bronze Bomber’ Wilder taking on Dillian Whyte in a final eliminator if he gets past Alexander Povetkin in their rematch next week, March 27th on DAZN.

Wilder (42-1-1, 41 KOs) is already supposed to be getting a trilogy fight against Tyson Fury, which the British fighter walked away from despite being under contract.

We still don’t know how that one will end, perhaps with Fury needing to honor the contract.

Maybe Chris Williams is missing something here, but why should Wilder need to fight Whyte in a final WBC eliminator when he supposed to be fighting Fury in their contractual rematch? It doesn’t make sense for Wilder to have to go out and earn what he already has.

Whyte (27-2, 18 KOs) is getting a second shot against former WBA heavyweight champion Povetkin (36-2-1, 25 KOs) for the interim WBC title in Gibraltar.

It’s unknown why Povetkin agreed to the rematch with Whyte because he’s now the WBC mandatory after knocking him out in the fifth round last August.

How many times does Povetkin have to fight Whyte before he’s able to move forward to face the Joshua vs. Fury winner? It’s already getting ridiculous.

“Yes, that could be a fascinating match-up,” WBC president Mauricio Sulaiman said to Sky Sports about Wilder facing Whyte potentially in a WBC eliminator. “Yes, absolutely. Yes, I like the idea.

“We’ll see what happens on March 27. If Whyte wins, then he becomes the interim champion. He would be in a very privileged position, and it’s just a good time for boxing,” said Sulaiman.

Dillian will probably lose his rematch with Povetkin on March 27th, so none of this will matter. Obviously, Matchroom isn’t going to push for Wilder to fight Povetkin because there’s no gain.

Whyte, 32, blew his chance for a crack at WBC champion Fury when he lost to Povetkin last summer. If Dillian had won that fight, he would have gotten a title shot against Fury.

It looks so wrong. Povetkin must have really blown the big plans Eddie Hearn had for Whyte, and now he’s fighting him again.

I won’t be surprised in the least if we see a third Povetkin-Whyte fight if the Russian fighter destroys Dillian on March 27th.

As far as the idea the WBC has of Wilder facing Whyte, I don’t know how Matchroom Boxing could go along with that wacky suggestion.

If Whyte beats Povetkin to become the WBC mandatory once again, he needs to sit and wait for his eventual title shot. I mean, why risk it? Whyte should have already learned his lesson last August when he took a needless fight against Povetkin instead of an easy tune-up.

If Whyte has just sat and waited, he would have fought Fury last December for his WBC title. Instead, Whyte got knocked out by Povetkin, and now he’s risking fate again by fighting him a second time.

Can you imagine what Wilder would do to Whyte if he landed one of his straight right hands? We saw what Povetkin did to Dillian with the left uppercut he knocked him out with in the fifth round last year.

It’s impossible to know if Whyte’s punch resistance is still there after that knockout. But if it’s not, he’s going to get knocked out by Wilder, maybe viciously.

Of course, Whyte may not survive long against Povetkin next week, and then we can forget about this nonsense of him taking on Deontay.