Vasily Lomachenko vs. Masayoshi Nakatani in the works for Summ

By Sean Jones: A fight is in the works between Vasily Lomachenko (14-2, 10 KOs) and Masayoshi Nakatani (19-1, 13 KOs) for a match this summer in the main event on ESPN.  This will be the main event if the fight gets made.

The network reports that the former three-division world champion Lomachenko, 33, and the highly ranked #6 WBO, #7 WBC, #10 IBF lightweight contender Nakatani will be meeting for a clash.

This is a good fight that will put the winner in a position to challenge for one of the four world titles at 135.  Lomachenko, 5’7″, will need to figure out how to deal with the tall stork-like Masayoshi if he’s to win this fight.

Recently, Lomachenko and WBC lightweight champion Devin Haney traded words on social media about putting a fight together. However, no contact was made by Haney’s management to get the fight done, unfortunately.

According to Lomachenko, Haney already had his mind made up that he would fight Jorge Linares next when he was trading words with him.

Lomachenko is coming off right shoulder surgery performed following his 12 round unanimous decision loss to Teofimo Lopez on October 17th in their pay-per-view fight on ESPN in Las Vegas, Nevada.

With his right shoulder less than 100%, the former three-division world champion Lomachenko fought the much bigger and younger Teofimo with one good arm.

The defeat for Loma cost him his WBA, WBC, and WBO 135-lb titles, which he had hoped to win back in a rematch, but Teofimo wants no part of giving Lomachenko a second fight.

Teofimo has decided to defend his four titles against IBF mandatory George Kambosos Jr in a lower-level fight rather than risk them against Lomachneko.

It’s obvious to the boxing world that Teofimo doesn’t like his chances in a rematch with Lomachenko. Hence, he’s decided to milk his titles rather than fight Loma again and lose.

The Ukrainian fighter is amused by Teofimo’s decision not to face him again, letting him know that he would lose everything he gained if he were to face him a second time. 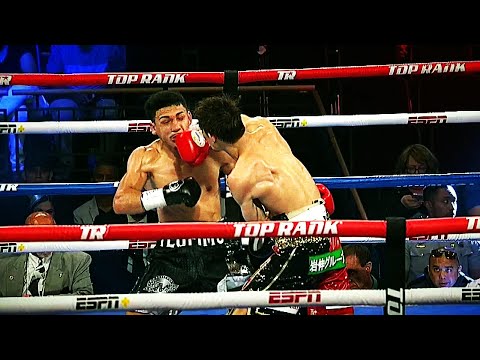 Lomachenko’s surgically repaired right shoulder is now 100%, according to ESPN, and he won’t have any issues facing the much taller 5’11 1/2″ Nakatani in the summer.

This will be a huge fight for the 32-year-old Nakatani, who is coming off the biggest win of his career against the once highly hyped Felix Verdejo on December 12th in Las Vegas.

Despite getting off to a bad start in getting dropped in the first and fourth rounds, Nakatani came back strong in the second half of the fight to wear Verdejo down and stop him in the ninth round.

Nakatani knocked Verdejo down twice in the ninth round to get the stoppage.

In Nakatani’s previous fight, he lost a controversial 12 round unanimous decision to Teofimo in July 2019 in Las Vegas.

That was a fight that many boxing fans viewed as a robbery, as Nakatani beat Teofimo to the punch and wore him down in the second half in the same the one-armed Lomahenko did.

It was the same kind of odd-ball that we saw from one of the judges for the recent Juan Francisco Estrada vs. Roman ‘Chocolatito’ Gonzalez 2 rematch. 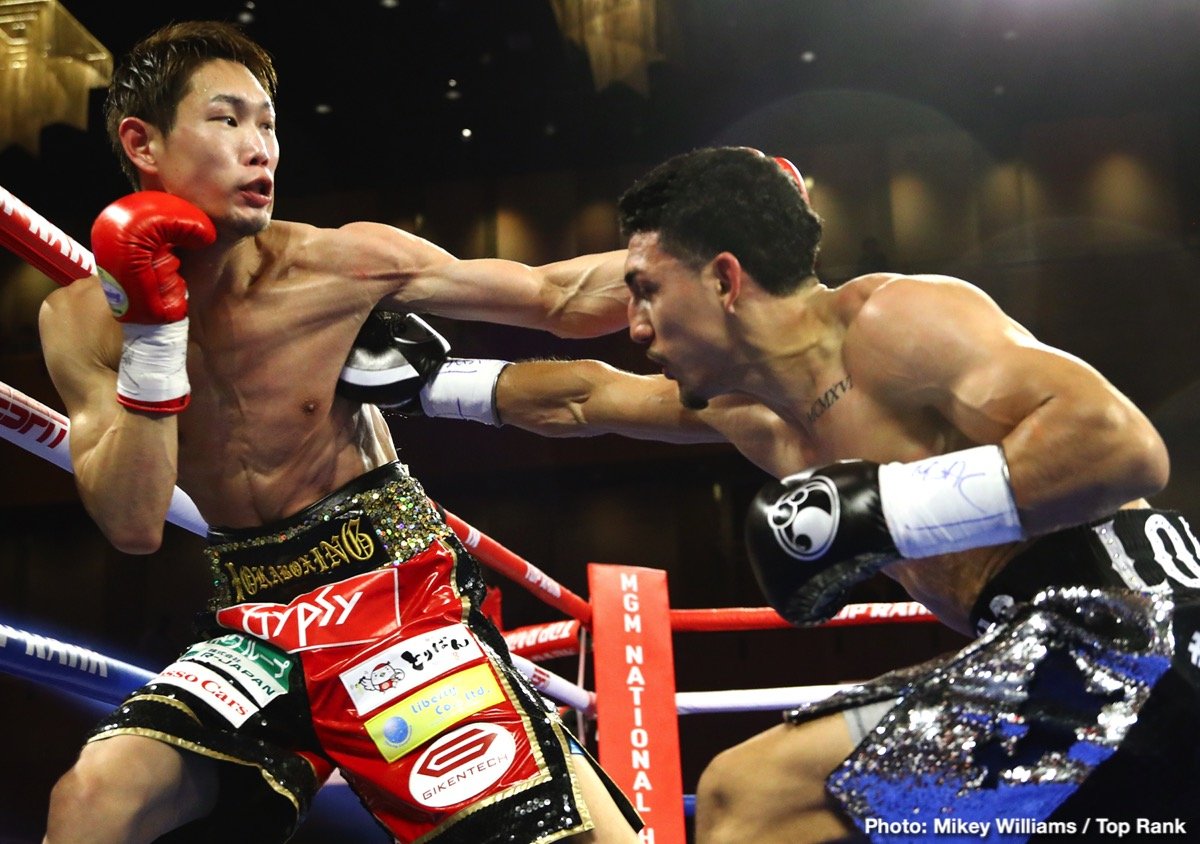 Nakatani was a much better fighter than Teofimo on that night, exposing his stamina problems just as Lomachenko did.

The stamina that Teofimo experiences might be a product of him having to lose so much water weight to drain down to 135 rather than fighting at 140 or 147, which is probably where he should be fighting at.