By Charles Brun: Promoter Frank Warren predicts a stoppage victory for Alexander Povetkin in his rematch with Dillian Whyte on Saturday night in Gibraltar.

Warren says Povetkin (36-2-1, 25 KOs) has Whyte (27-2, 18 KOs) already sized up from last time. According to Warren, unless Povetkin isn’t in top form because of his recent COVID 19 illness, he’ll likely knock Whyte over again.

Povetkin was still battling his illness just three months ago, and knows how long it takes to come back from something like that?

That obviously gives Dillian a HUGE advantage because he was able to avoid getting sick since their previous fight last summer.

Whyte’s best chance of winning is to take the fight to the 41-year-old Povetkin and put him under a lot of pressure to wear him down.

The worry about Whyte going straight at Povetkin is he could suffer the same fate as last time by walking into a big shot and getting knocked out.

We don’t know how Whyte will take getting hit by Povetkin on Saturday, as he may not be fully back from his devastating knockout.

I mean, with the type of knockout Whyte suffered, you’d like to have seen him tested in a tune-up fight first before getting back in there with Povetkin.

It’s common sense that when a fighter is knocked cold the way Whyte was last August, you want to bring them back slowly. It’s foolhardy to throw Whyte back in the with the guy that him out.

I’m sure that it was Whyte that insisted on taking the immediate rematch, not his management, so what can you do? This is what Whyte wants. If Whyte wins, he’ll look like a genius.

Has Povetkin recovered from COVID?

“I think what’s going to benefit Dillian is the fact that the fight has been pushed back for various reasons,” said Warren to iFL TV about Whyte’s rematch with Povetkin this weekend.

“I think that does him a favor because going straight back into a rematch, which they were going to do what eight or ten weeks after the event, that wouldn’t have done him any favors.

“That was a bad knockout that he had. It’s really how has COVID affected Povetkin. He caught COVID, didn’t he? How has it affected him, and I’m much older than him, I speak from experience.

“It’s not something that just leaves your system just like that. It’s in you. Hopefully, he’s over that now, and if he is over it, I think Dillian is going to have a tough night because he knows he has the power to knock him over, and I wouldn’t be surprised if the same thing happens again,” said Warren.

Having the extra time to recover from his brutal knockout against Povetkin favors Whyte. If Dillian had faced Povetkin right away in 2020, like he wanted to, he would have been asking for trouble.

It wouldn’t be surprising if Povetkin is roughly only 60% of what he was for the first fight with Whyte due to the COVID 19. Obviously, Povetkin couldn’t delay the rematch forever because Whyte wants to move his career forward.

“Having said that, Dillian is a competitor, he comes to fight, and he’s going to have to put it on him,” Warren said.

“He’s going to have to really, really try and get Povetkin in the position where he hopefully runs out of gas, as far as he’s concerned.

“I think Povetkin now has got his measure. That was a big shot that he caught him with, a big, big shot. So what’s he [Whyte] going to do?

“He’s got to really make every round like it’s the last round, and try and wear him down.

“If he does that, he might get through it, but I do favor Povetkin to do the same thing again,” said Warren in picking Alexander to beat Whyte.

I don’t think Dillian can fight any other way than how he did in the first match with Povetkin, which means he’s going to be leaning forward all night, literally begging to be hit by his uppercuts.

It’s only a question of how long Povetkin wants to wait before he finally unloads on Dillian with one of his uppercut shots. Once that happens, it’ll likely be all over, with Dillian going to sleep once again. 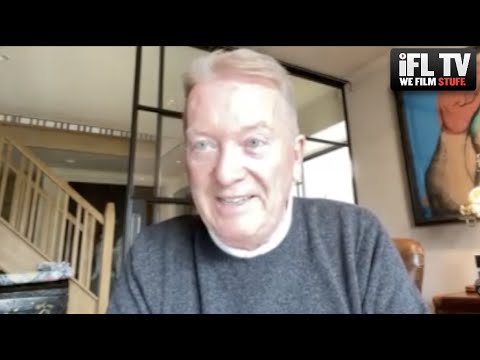 
« Vasily Lomachenko vs. Masayoshi Nakatani in the works for Summ

David Avanesyan vs. Daniyar Yeleussinov in the works »