By Matt Lieberman: Trainer Teddy Atlas is leaning in Dillian Whyte’s direction, avenging his previous loss to former WBA heavyweight champion Alexander Povetkin tonight by stopping him by the seventh round tonight in Gibraltar.

Being a wily, well-trained fighter, Povetkin took advantage of a flaw that Dillian in his game, and he knocked him cold in the fifth round at the Matchroom Boxing Fight Camp in Brentwood, Essex.

Atlas is confident that Whyte’s excellent training team will have fixed this one vulnerability in his game to ensure that the 2004 Olympic gold medalist Povetkin cannot capitalize on it again.

Teddy is counting on Povetkin being older from the first fight and less capable of pulling off another miracle upset tonight. At the same time, Atlas is convinced that the younger, bigger, and stronger Whyte will have improved since the first fight.

“I think there will be a little trepidation early for Whyte because he’s coming off a knockout loss,” said Atlas to THE FIGHT with Teddy Atlas.

“Maybe he’ll [Whyte] be a little more careful so it’ll go six or seven, but Whyte will end up stopping [Povetkin].

“If he [Whyte] hurts him, he’ll get rid of him. The last time when he hurt him [in round four], he let him service a little,” said Atlas about Dillian dropping Povetkin twice in the fourth round.

It was a miracle that Povetkin survived the fourth round last time he fought Whyte because he looked for all intents and purposes like he was ready to go.

For some inexplicable reason, Whyte backed off and didn’t try and finish Povetkin.

It looked like Whyte intentionally chose to keep Povetkin around because it was so easy, considering he had an over-matched guy, both in size and youth.

Whyte was toying with the old lion Povetkin like a cat playing with a mouse.

In hindsight, it was a mistake for Dillian not to pour it on to finish Povetkin when he had him on the verge of being stopped in the fourth.

“This time, if he gets him [Povetkin] hurt early, he’ll look to slam the door closed,” said Atlas.

It’s fair to say that Whyte, 32, will try his level best to get Povetkin out of there if he gets him in trouble early on tonight.

Dillian now knows that Povetkin is far too dangerous for him to leave out there, seeing that he’s got so much experience, and his power is still lethal at 41.

“When he was winning those fights and getting better, he was hurt in a couple of those fights, and nobody corrected it because he won,” said Atlas about Whyte having problems in some of his fights leading up to the Povetkin match.

“Then he paid the ultimate price [against Povetkin]. They thought they’d get away with it because he was fighting a 40-something-year-old guy. The guy was a former champion,’ said Atlas.

The flaws that Dillian had in his game have been there since the start of his career, and they may still be there tonight.

Whyte is a body puncher, and when you fight like that, you’re going to get hit. Unless Whyte changes how he fights, he’s going to be vulnerable to getting nailed by Povetkin’s powerful uppercuts on the inside.

Dillian takes pride in his ability to bang his opponents out with his left hooks and body shots.

For him to fight like that against Povetkin, he’ll need to be willing to take getting hit with occasional uppercuts and short hooks.

If Dillian stays outside all night, he can avoid getting caught again, but the fight will likely go the full 12 round distance.

That’s risky for Whyte because Povetkin will get inside from time to time to throw his uppercuts and hooks.

“I trained him [Povetkin]. Maybe he [Dillian] took for granted that he had hurt him in the fight. He had him down, and he got careless. But they [Whyte] still had that flaw where they were getting caught with clean punches regularly,” said Atlas.

Whyte is too offensive-minded for him to fix the flaws that Atlas talks about. The best thing Dillian can do tonight is to try and minimize the number of times that Povetkin can catch him with his powerful shots.

Why Dillian is a big favorite over Povetkin

“The reason he’s [Whyte] a big favorite is because he was this close to knocking him [Povetkin] out, and the guy is older now,” Atlas said. “He’s only getting older. Povetkin isn’t going to get better.

“Whyte, the younger guy, you would think is going to get better.  He’s going to learn from that and tighten up some things if he’s got the people around him. He’s [Povetkin] 41, and he’s not getting better.

“Whyte is the favorite because he had Povetkin down, and Povetkin is older now,” said Atlas.

The oddsmakers are assuming that Povetkin’s fifth-round knockout of Whyte was a fluke thing, a lucky punch that he landed, and not something he’ll be able to repeat. 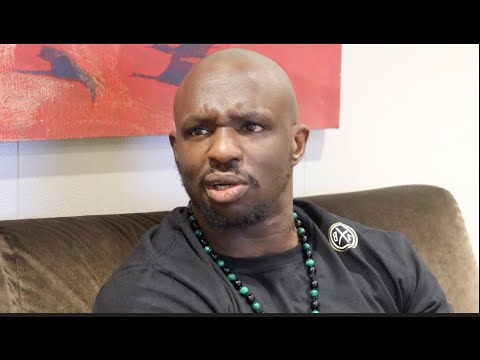 “At 41, that was as good as he’s going to be, and those vulnerabilities that he showed [last August against Whyte] are probably still going to be there, where he can be hurt, and he can be caught by the taller guy on the outside,” said Atlas.

Whyte was hurting Povetkin with big hooks in close, which put him in the firing line. Dillian got away with staying in punching range of Povetkin until the fifth, and that’s when he paid the price.

“Those are still going to be there. They’re bargaining – the bookies and Whyte’s people – that he’s going to close the show this time,” Atlas continued.

“He’s going to do the same things he did last time, but he’s not going to leave the door open for Povetkin to do what he did.

“I think Whyte’s going to win this time. Povetkin is an old warrior, and you can’t forget what you saw in the ring last,” said Atlas.

If Whyte can start where he left off in the fourth, he’ll win easily tonight, but he’s going to have to be careful. Povetkin will be looking to take advantage of Whyte’s vulnerability to getting hit with uppercuts.

“He [Povetkin] was hurt, he was on the floor, he showed all the heart in the world, that’s what he does. He looked like a shopworn guy, and he looked like a guy at the end of his career, quite frankly.

“He caught the guy [Whyte] because the guy made himself available because he still had flaws that weren’t corrected, and he took advantage of it,” said Atlas.

Povetkin will get off the deck and keep battling hard if he’s dropped, so Whyte will need to be careful if he drops him.

If Povetkin is hurt, he’s going to be dangerous because he’ll be loading up after he gets off the canvas, looking to take advantage of Whyte being careless again. 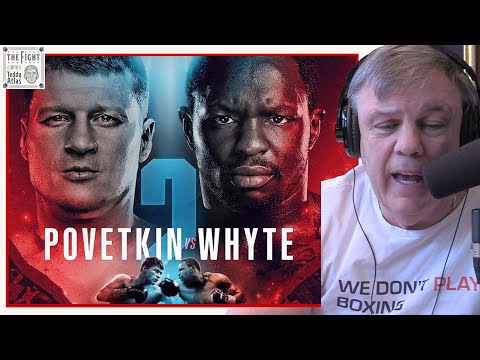