By Charles Brun: Dillian Whyte denies he’s “scared” of Alexander Povetkin for their rematch tonight in Gibraltar. Instead of saying he’s afraid of the former WBA heavyweight champion Povetkin, Dillian (27-2, 18 KOs) says he’s “concerned” about the fight, which his promoter Eddie Hearn has repeatedly said is a “must-win.”

Concerned is another word for anxious, disturbed, or troubled, and it’s clear that Dillian IS ‘scared” going into tonight’s fight.

With the way that Povetkin knocked Whyte out cold last time they fought, you can’t fault him for feeling afraid. Anyone would be scared after getting knocked out the way Dillian was by the 2004 Olympic gold medalist.

Whyte needs a victory to keep his career moving in the direction of a title shot against the Anthony Joshua vs. Tyson Fury fight winner.

If Whyte loses tonight like he did last August to the 41-year-old Povetkin (36-2-1, 25 KOs), there won’t be anything Hearn can do to fix that problem.

Whyte will have to live with the defeat and be content to fight the guys Hearn can put him in with.

You’d have to assume that if Dillian gets royally starched tonight, his immediate future will see him potentially matched against the winner of the May 1st Joseph Parker vs. Dereck Chisora fight, and possibly Filip Hrgovic, Martin Bakole, or Zhilei Zhang.

In other words, Whyte would be facing the Matchroom heavyweights, and it would be a long haul to put himself back in a position where he could fight for another mandatory position.

Whyte not scared of Povetkin

“It was a good fight. I had him down, and he picked one of the best punches in his whole life, and he set it up and landed, and that was it,” said Whyte to iFL TV in discussing his defeat last August against Povetkin.

“I just feel like, ‘Who cares? I’ll be back, and I’ll show you guys, and that’s it.’ I want to win so that they’re proud. I’m not scared, but I’m concerned,” Whyte said about Povetkin. “I’d be lying if I didn’t say I was concerned.”

Whatever euphemism Whyte wants to come up with to use as a substitute for him being “scared,” that’s fine, but it’s not going to change the fact that he’s likely to be shaking in his boots tonight when he gets in the ring with Povetkin.

There’s literally so much on the line for this fight; it’s crazy for Whyte not to be terrified about what could happen to him if things go wrong. All of Whyte’s worst fears could become a reality if Povetkin catches him with another one of his monstrous uppercuts, and he won’t be able to do a thing about it.

Dillian can tell the fans that he made a ‘small mistake’ and say that Povetkin’s knockout shot was a ‘lucky punch,’ but that’s not going to change the reality of the situation.

I was looking at him in the eyes and thinking if I should push him in the water,” said Whyte about what he was thinking about during the face-off with Povetkin on Friday. 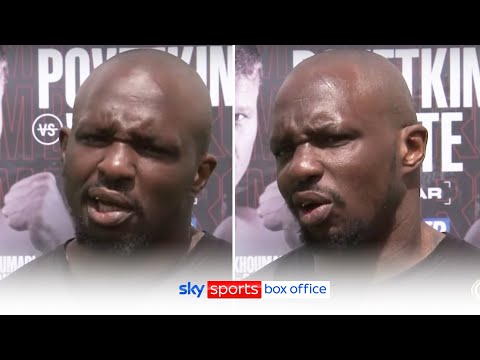 Whyte was thinking of pushing Povetkin into the water

“I was thinking about it and tell them, ‘You two are fish, swim together.’ He’s confident; you could see that he’s confident. He believes what he believes.

“He’s up for the fight, he’s in great shape, and he believes what he believes. I’m sure he was looking in my eyes to see if there was any doubt,” said Dillian.

It’s a good thing Whyte didn’t attempt to push Povetkin into the water because that wouldn’t have played out well.

Even if Whyte successfully shoved Povetkin into the water, the negative fallout from that move would be bad. It goes without saying, Whyte would have to pay a fine.

Hearn has plans for Whyte

“I have a plan for when he wins and loses, and I’ve already thought about that, but I’m not sharing it,” said Eddie Hearn to iFL TV on his plans for Whyte against Povetkin.

Well, it’s obvious what Hearn’s plans are for Dillian if he gets beaten tonight. Hearn will take a gamble with Whyte and put him in with high-ranking contenders and hope for the best.

If it works out well for Dillian to win his rebuilding fights, Hearn will look like a genius.

But if Whyte loses, Hearn will take the heat for throwing him in with guys that he shouldn’t have been fighting coming off consecutive defeats to Povetkin.

The quickest way back for Whyte after another KO loss to Povetkin would be to put him in with the Parker vs. Chisora fight winner.

If Whyte can beat the Parker-Chisora fight winner, he’ll shoot up in the rankings once again.

From there, it’ll be up to Hearn if he wants to take a big gamble by having Whyte face someone like Joe Joyce, Deontay Wilder, or Hrgovic.

A win for Whyte over one of those guys will likely result in him being given a #1 ranking by one of the sanctioning bodies.

So, there is a fast way for Hearn to rebuild Whyte, but it’ll involve a great deal of risk. Does Whyte have the chin and the talent to beat Parker, Joyce, Wilder, or Hrgovic? Only time will tell.

My guess is if Whyte is knocked out tonight by Povetkin, his chin will have been compromised, and he won’t be able to handle absorbing the power shots from Deontay, Parker, Joyce, or Hrgovic.

“I believe he’s going to win the fight, and when he does, he’s going to be in a fantastic position to go forward and have some massive fights. He’s going to fight three times this year, but he has to win tomorrow,” said Hearn.

Yeah, we know what fights Hearn will put Whyte in if he loses, but if he wins, you can’t expect him to agree to take two or three risky fights while he waits for his mandated title shot against the winner of the Anthony Joshua vs. Tyson Fury fights. 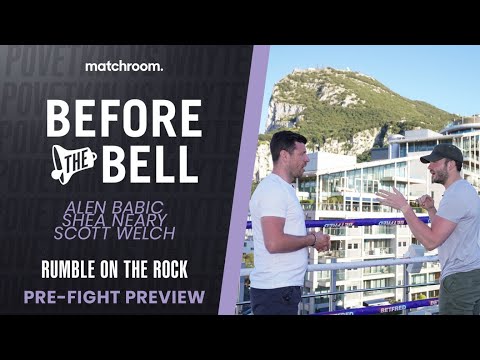 With a win tonight, Whyte will recapture the interim WBC heavyweight title and the mandatory position he lost to Povetkin last August.

Whyte has obviously learned his lesson, and he’s probably NOT going to take a risky fight against anyone else while he waits on the smoke to clear from the two Joshua-Fury matches.

The fighters that Hearn will likely feed Whyte if he wins tonight are these heavyweights:

“He has to go in there and put the wrongs right from the first fight,” said Hearn.

“Alexander Povetkin, he’s chilled. ‘I know what I got to do. I did it last time. I got to tighten up my defense, take my time, and pick my shots and knock him out.’ And they’ll be super confident that they’re going to do the same thing,” said Hearn.