Canelo vs. Billy Joe Saunders on May 8th at AT&T Stadium in TX

By Dan Ambrose: Canelo Alvarez and Billy Joe Saunders will be fighting in less than two months from now on May 8th on DAZN from the AT&T Stadium in Arlington, Texas.

As most fans believe, Saunders is up against it in this fight against the highly popular Canelo. Without the punching power to take the judges out of the equation, Saunders will have to do something special for him to win a decision against the A-side fighter Canelo.

Winning a decision against Alvarez, 30, will be difficult for Billy Joe, but not impossible. We’ve seen Saunders outbox many fighters over the years, but unfortunately, none of them were particularly talented.

With the pandemic still going on, it’s highly ambitious to assume that even 60K will show up to see Canelo (55-1-2, 37 KOs) take on WBO 168-lb champion Saunders (30-0, 14 KOs) on May 8th. It’s not a popular enough opponent, and there are still many people wary of being packed in a large crowd.

Tickets will go on sale next week on 3/23, and it should be interesting to see how many fans choose to attend this match.

It’s a decent fight for Canelo, but nothing close to the level of a match against Gennady Golovkin, Jermall Charlo, Dimitry Bivol, Demetrius Andrade, or Artur Beterbiev. In other words, the guys that Canelo has shown no interest in fighting for some reason.

Anyway, those are the guys that Canelo needs to be fighting to bring in the massive crowds because Saunders is viewed as a weak paper champion and a guy that has never cut his teeth on high-level opposition during his long 12-year professional career.

After all this time, Saunders’ resume’s two best names are David Lemieux and Andy Lee. What does that tell you? This indicates Saunders has been very, very carefully matched to bring him to this point where he’s still unbeaten.

It just shows you what is possible when a promoter matches a decent B-level fighter, swerving quality opposition and taking advantage of the opportunities to win titles against flawed fighters.

Saunders captured his two-division world titles against these fighters:

The unbeaten but completely untested 31-year-old Saunders will have his WBO super middleweight strap up for grabs, whereas Canelo will bring his Ring Magazine, WBA, and WBC 168-lb belts into the fight.

From there, the winner of the Canelo vs. Saunders fight will take on IBF champion Caleb Plant in September to determine the undisputed champion for the 168lb division.

It would be somewhat of a shallow victory for whoever emerges as the winner of all that because they still wouldn’t have faced former WBC 168lb champion David Benavidez, who some boxing fans view as the true #1 fighter in the division.

Spotting an opportunity, Canelo moved in a lightning manner to snatch up the vacant WBC title last December when made available by the World Boxing Council for his fight against WBA champion Callum Smith.

“This fight is the biggest of 2021 so far, with Canelo looking to unify the division once more against undefeated two-weight World champion Billy Joe Saunders,” said Saunders’ promoter Eddie Hearn.

It’s scary to think of the Canelo vs. Saunders fight as being the biggest thus far in 2021 because it’s so insignificant compared to the great fight we saw last Saturday between Juan Francisco Estrada and Roman ‘Chocolatito’ Gonzalez. 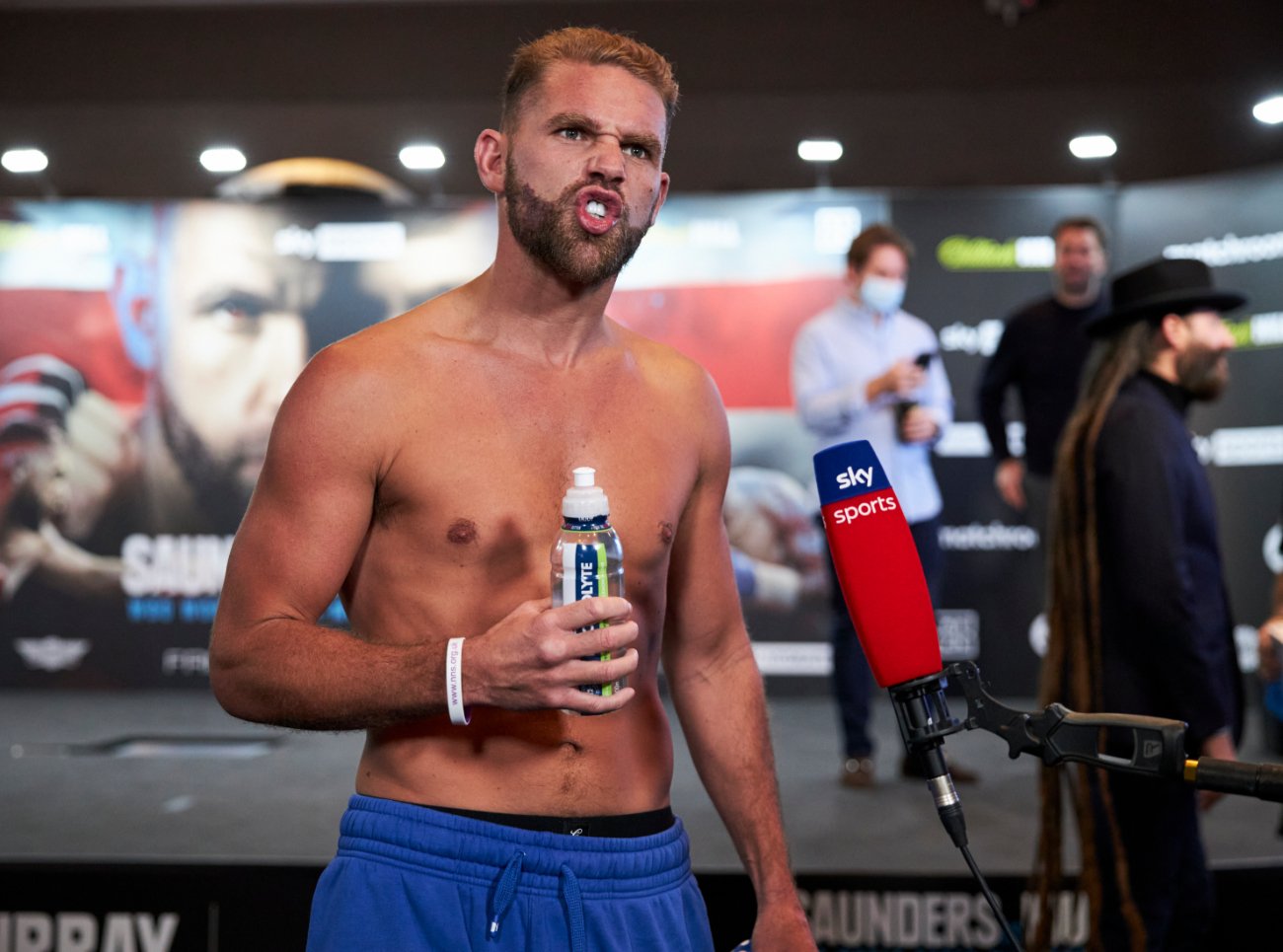 That was a competitive match-up that was highly entertaining. In contrast, Canelo vs. Saunders is viewed as a mismatch, at least on paper. If this is as good as it gets in 2021, that won’t mean much or the year.

« Canelo Vs. Saunders Lands At At&t Stadium on May 8