By Allan Fox: Trainer Jose Benavidez and his son David Benavidez have accepted Jermall Charlo’s challenge to fight, but they’re wondering where he disappeared to.

They’ve made no contact with the unbeaten Charlo, and they believe he’s now avoiding them.

Charlo bragged this week about how he would knockout Benavidez within six rounds, he gets hit too much and said make the fight happen.

Jose says he can talk to Al Haymon about making the fight with Charlo (31-0, 22 KOs), but if he’s not serious about taking the fight, it’s pointless.

After all that talk from WBC 160lb champion Jermall, he’s failed to make the next move to get the negotiations started with the 4-year-old Benavidez.

Jose doesn’t know whether Jermall has changed his mind about taking the fight with David or if he’s lagging. 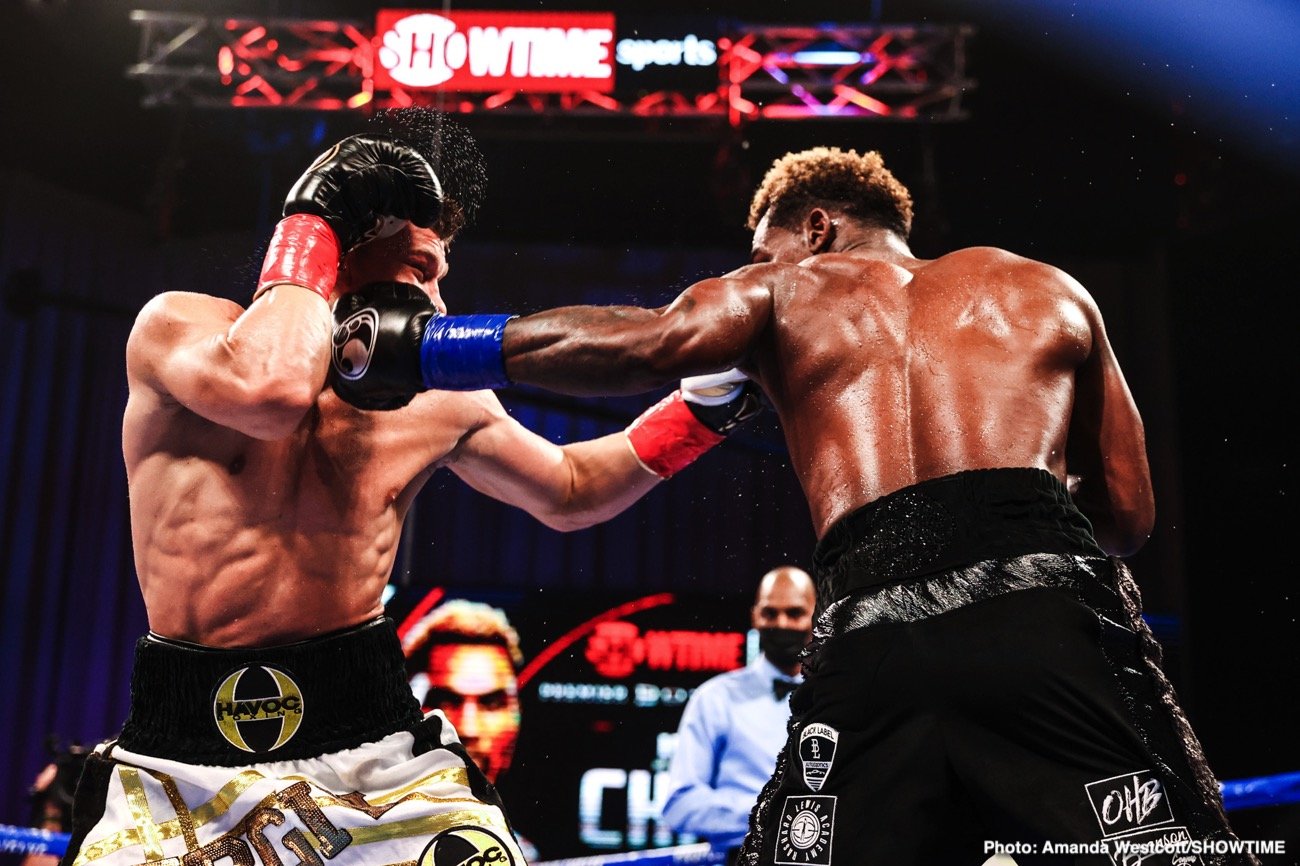 Obviously, it’s not a good sign that Charlo hasn’t started talks because it looks like he’s having second thoughts about moving up to 168 to take the fight with the younger fighter.

“I got excited, I thought he was for real. We’re going to make this fight happen,” said Jose Benavidez Sr to Fighthype in reacting to Jermall Charlo saying he wants to fight David Benavidez.

“I think it’s going to be a hard fight but we can beat him. There’s no way he’s going to knock out David in 2 or 3 rounds. David has two hands too. We’ll be happy to fight him and that’ll be a great fight.

I got really excited, and I said, ‘Hey, buddy, I saw the video. This is David Benavidez’s father and manager. Let’s make this fight, I think it’ll be a great fight for you and us.

“People will want to see this fight. Let’s set up a date.’ No response, so I’m still waiting. Let’s make this happen, it should be an easy fight to make.

“I can talk to Al Haymon, but if he doesn’t want to take the fight, it doesn’t do any good. His team has to agree, and then we can make it happen,” said Jose Benavidez.

Jermall’s verbal agreement means nothing unless he’s willing to put pen to paper, and there’s no way of knowing if he really wants to take on Benavidez.

One way of judging whether Charlo is serious about taking the fight with David is to look at the guys that he’s been facing in the last two years.

“He get hit too much. I’m powerful. I’ll explode on him, trust me. I do my thing,” said Jermall earlier this week in predicting a knockout over Benavidez. “Put me in there. I’m a lion, let’s get it.”

Here we are now, Friday, and Charlo is missing in action, and Team Benavidez now suspects that he was clout-chasing by saying he wanted the fight. 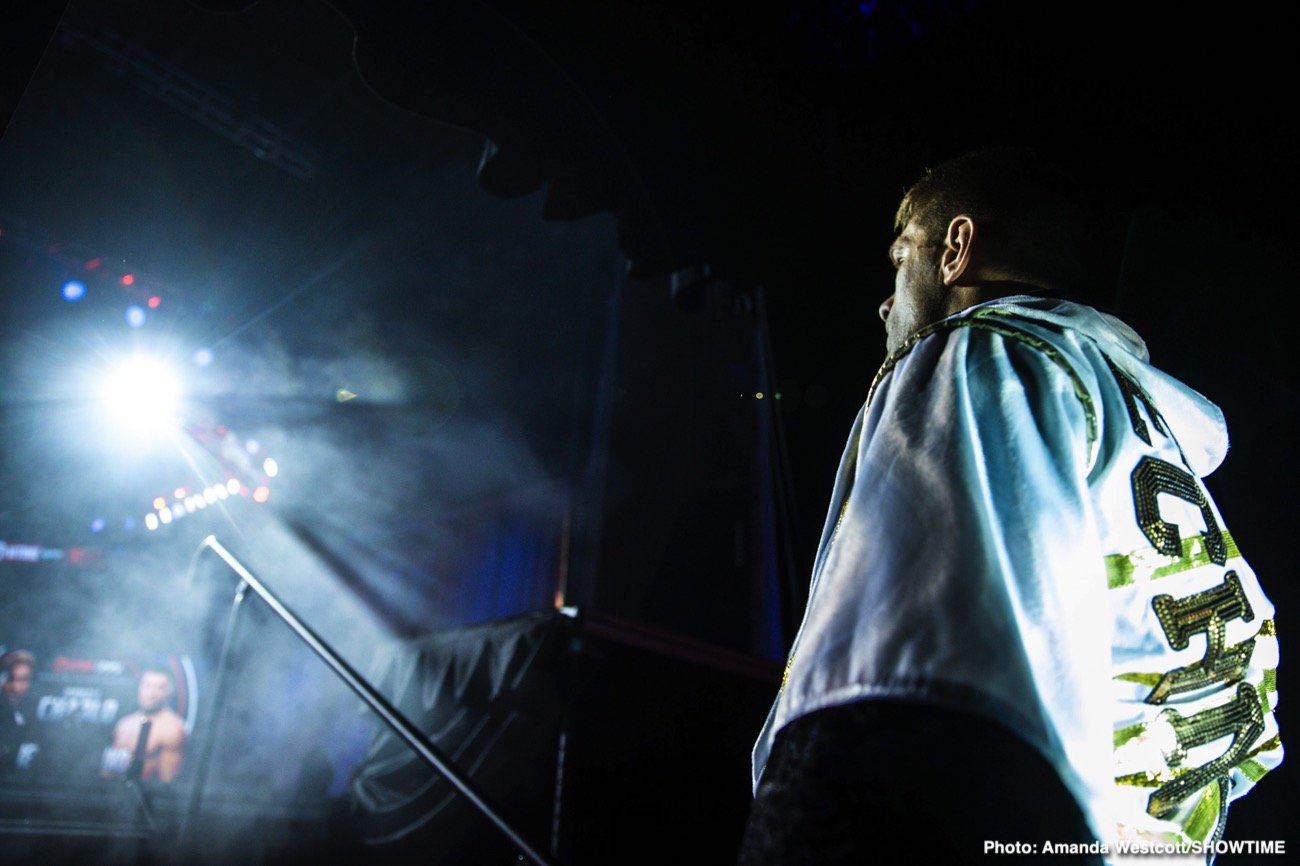 Charlo hasn’t shown ambition since the biggest win of his career against Julian ‘J-Rock’ Williams in 2016. Since that win, these are fighters Charlo has fought:

Benavidez fought a week ago, beating Ronald Ellis by a 12-round unanimous decision in a WBC super middleweight title eliminator. It’s too early for a contract to be put together for a fight between Charlo and Benavidez.

Still, you would have liked to have been hearing news about Jermall contacting Haymon to get the ball rolling for a fight against Benavidez, and apparently, that hasn’t happened.

Charlo said he wanted to make the fight with Benavidez happen, but he’s not making the move to start the negotiations and that’s troubling.

« Canelo vs. Billy Joe Saunders on May 8th at AT&T Stadium in TX

Derek Chisora vs Joseph Parker on May 1, Live on DAZN & Sky Sports »