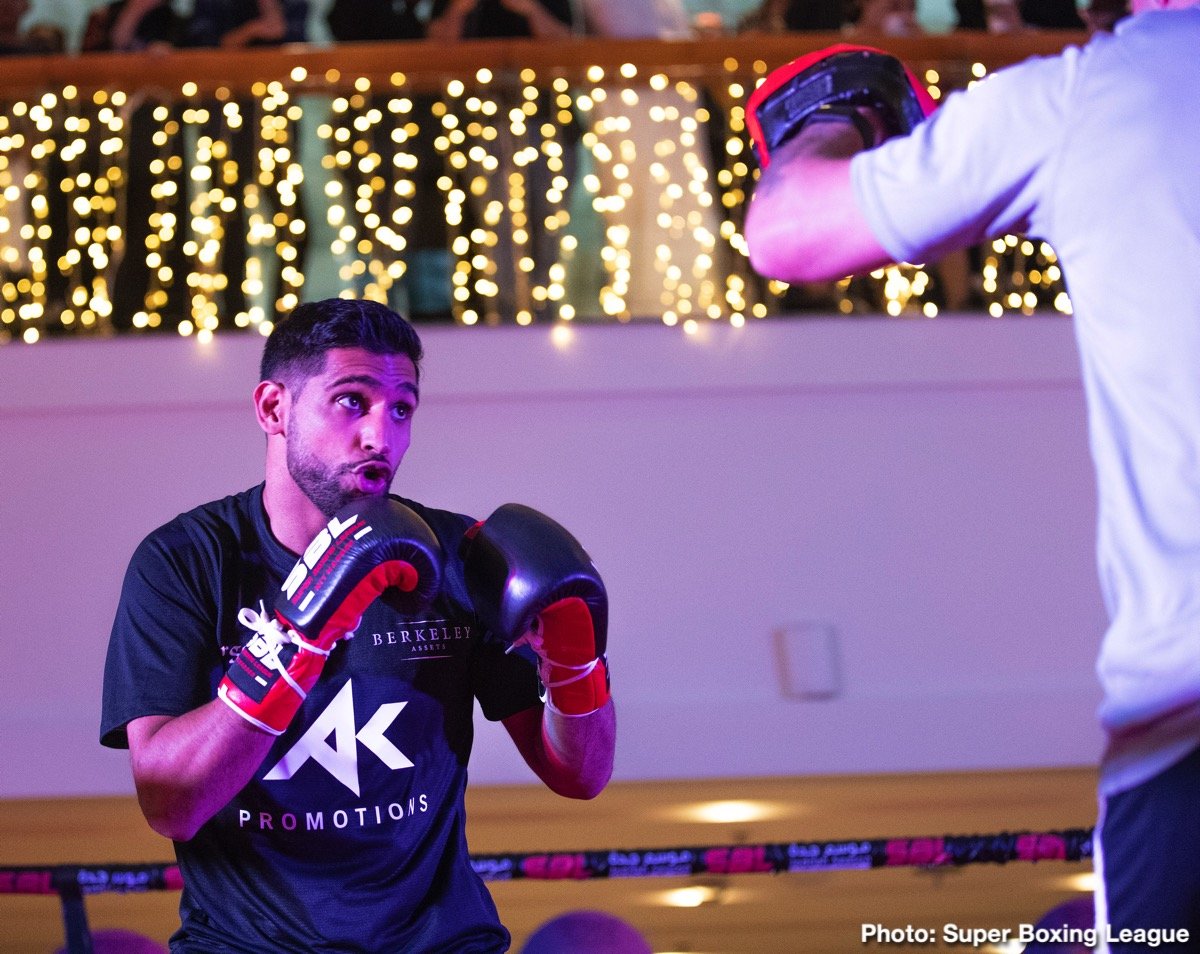 Khan, now 34 years of age, is in the last hurrah of his boxing career. According to Matchroom Boxing promoter Eddie Hearn, he plans to meet with Khan next week to take the next steps towards a potential fight as he discussed on a recent Instagram Q&A, first reported by Bad Left Hook.

With that being said, who will Khan fight next?

Amir Khan vs. Kell Brook was once considered a mega-fight between two notable British fighters. Even though the interest might not be as high as it once was and past its expiration date, Khan vs. Brook exhibits the eventual dispute between the two fighters. About eight years in the making, both Khan and Brook have been clamoring to fight each other.

Furthermore, Khan and Brook are both looking for that one final payday to close the final installment as part of the United Kingdom’s history of boxing champions. Therefore, Khan vs. Brook would be the ideal send-off fight for both fighters despite the fighters no longer in their prime anymore.

Khan vs. Thurman is a bout that would entail: how much gas do you have left in the tank? For Khan, obtaining a fight with Thurman would show that Khan is still daring to get in there with an elite welterweight who has fought the likes of Manny Pacquiao, Danny Garcia, and Shawn Porter.

Despite both fighters being aligned to different promotional companies, Khan vs. Thurman signals a legitimate matchup between two big punchers. Although both of these welterweights have been inactive since the summer of 2019, it will be a solid litmus test to display towards the boxing world if it ever materializes.

3. A Tune-Up against a Reputable Contender

Concerning Khan, the most likely option would be to consider a tune-up fighter after a two-year layoff from the boxing ring. Regarding weight class, Khan has been settled in for the welterweight division for a while now.

Ultimately, Amir Khan has sustained a great amount of mileage in the sport. In spite of his four criticized losses, Khan comes to fight. At 34, Khan should look to end his career on a high note. In the meantime, we shall wait and see for who is on the horizon for Khan’s next fight.