This will be a tough fight for Brook, who would be giving away a lot of size and speed against the 5’11” Eubank Jr. The two fighters are equal in power and boxing ability, but the size would be a potential issue for the 5’9″ Brook.

For the Brook-Eubank Jr fight to happen, Hearn says Brook, 34, will need to move up in weight.

In his last contest, Brook drained down to 147 to challenge WBO welterweight champion Terence Crawford last December, and it didn’t go well for him in losing by a fourth-round knockout.

Brook’s punch resistance looked like it was gone, as he was hurt by a weak hook from Crawford.

The punch looked like a jab, but it shook Brook to his boots, causing him to retreat to the ropes where Crawford finished him off.

Eubank, 31, is currently fighting at 160, and Hearn says he’s no longer in his prime, which he feels was four years ago when he defeated Avni Yildirim by a fourth-round knockout in 2017.

“Nothing really. I’m talking to Kalle Sauerland about doing something with him [Kell Brook] and Eubank, and I just felt there’s history there,” said Eddie Hearn to Behind The Gloves about him wanting to match Brook against Chris Eubank Jr. 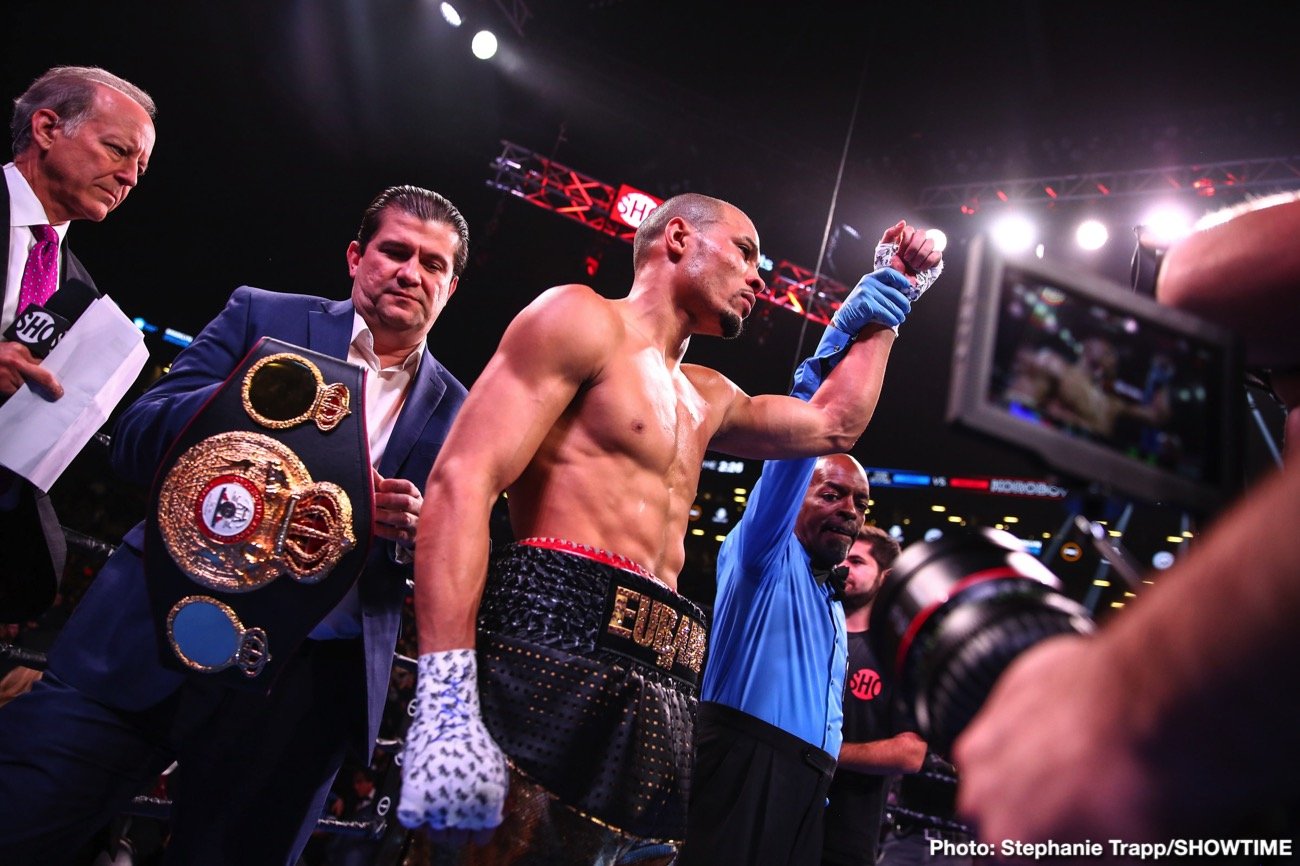 Chris has a three-fight winning streak since losing to George Groves by a 12-round unanimous decision in 2018. Unfortunately, Eubank Jr hasn’t been busy with his career since the Groves bout, fighting only three times in the last three years.

The inactivity has hurt Eubank’s career, causing him to be largely forgotten by many boxing fans. That’s another example of a fighter hurting their own careers by not staying active.

“Kell took the Golovkin fight, and they had some beef back talk,” Hearn continued. “I think Kell must move to 154 if he’s to carry on. Eubank, of course, is at 160,” said Hearn.

There’s bad blood on Eubank’s part because he was the one that was supposed to face Golovkin in 2016, but Brook snatched the fight away when Hearn offered it to him.

If Eubank Jr had taken that fight, he could have been a star overnight if he’d beaten Golovkin. Instead, Brook got the fight, and Eubank’s career never took off.

Despite having loads of talent, it’s been a failure to launch for Eubank. He could have been a star by now if he’d gotten the GGG fight five years ago because it was a match that he could have won with his talent.

Brook was beating, and he was completely outsized by him. Many boxing fans believe Brook created the blueprint for beating GGG, and Canelo Alvarez, later on, followed the blueprint to beat him.

“It’s just a random fight that I quite liked,” Hearn said about wanting to negotiate a fight between Brook and Eubank Jr.

“Then Eubank came out in the media and said, ‘That would be a good warm-up fight, a tune-up.’ Kell sport of responded, you know.

“But I’m not sure that’ll happen, but I just like it; I think it’s interesting,” said Hearn about a Eubank Jr vs. Brook fight.