By Allan Fox: Michael Hunter reports that the IBF has ordered a heavyweight title eliminator between him and #5 Filip ‘Stone Man’ Hrgovic after #2 Charles Martin pulled out of the fight.

Eddie Hearn said recently that the fight with the 2016 Olympian Hrgovic was offered to Hunter, but he never replied. However, perhaps that was just a regular contest that Hearn was offering and not an official title eliminator. There is a huge difference between them.

If Hunter, 32, defeats the robotic 6’6″ Hrgovic to earn the IBF mandatory spot, he’ll eventually get a shot against the winner of the two Anthony Joshua vs. Tyson Fury fights.

Hunter would need to wait until 2022 or 2023 for his title shot against the Joshua-Fury winner, but he would eventually fight for the title and make excellent money.

Hunter isn’t saying why former IBF heavyweight champion Charles Martin (28-2-1, 25 KOs) pulled out of the fight, but it has to be some problem for him to back out of a fight that would lead to him getting a world title shot.

IBF ordered Me vs Charles Martin eliminator and he pulled out. That leaves Me vs Hrgovic. Been waiting for this. #BOUNTY

Hunter vs. Hrgovic is a 50-50 type of fight, and it’s one where we could see the smaller man triumph. We already saw what Hunter did against the much bigger Martin Bakole, Sergey Kuzmin, and Alexander Ustinov. Hunter’s ability to beat bigger fighters than himself is uncanny.

Michael knows how to deal with the huge heavyweights, which could be a problem for Hrgovic and Matchroom.

It’ll be interesting to hear what Hearn says about Hunter vs. Hrgovic being ordered for the IBF title eliminator. This is a fight that Hearn supposedly wanted, and now it’s here.

For Hearn, you could understand why he might not be too pleased with learning that Hunter will be the guy that faces Hrgovic rather than the 34-year-old Charles Martin. On paper, Hunter is a tougher fight for the stiff power puncher Hrgovic, and it’s one that he could lose. 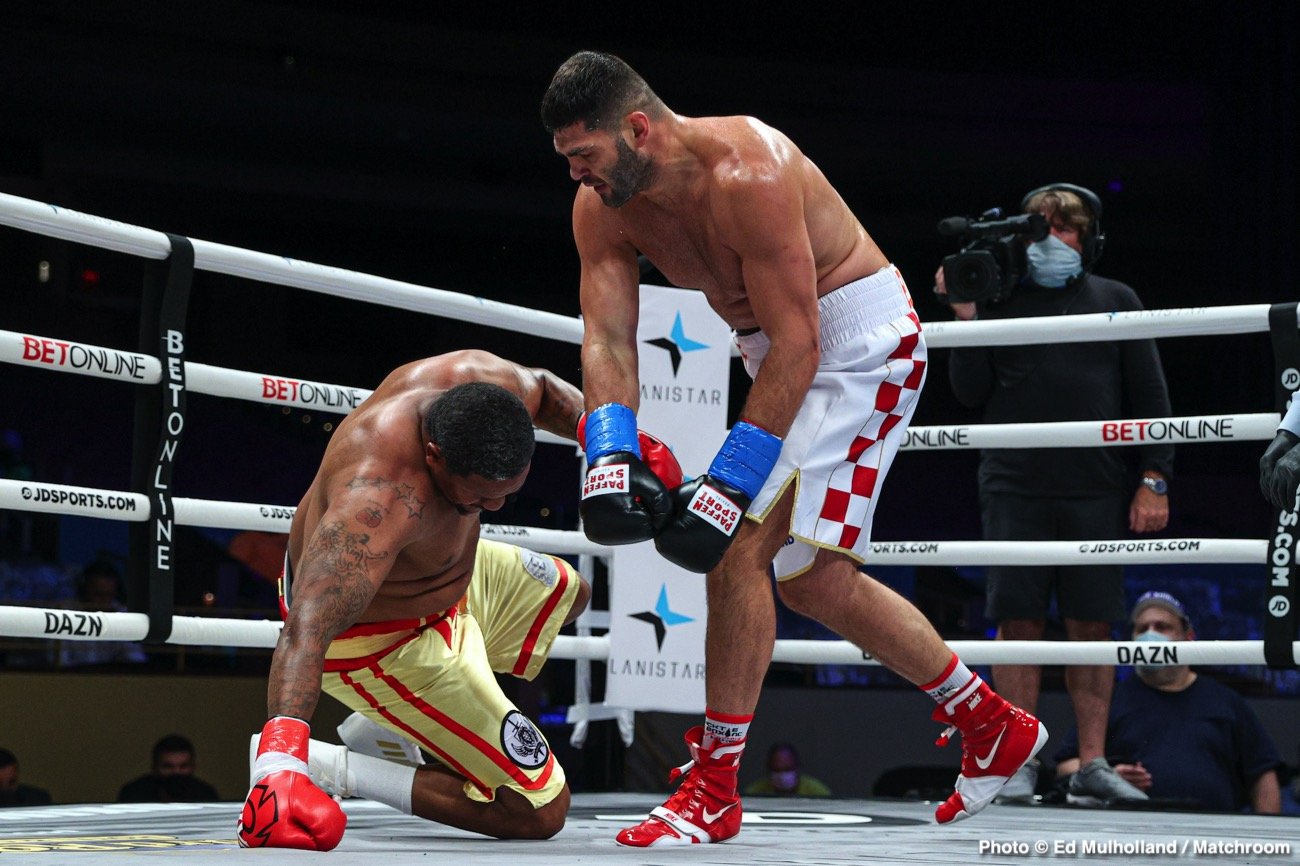 The 2012 U.S Olympian Hunter is coming off of a fourth-round knockout over Shawn Laughery last December.

Before that, Hunter fought to a controversial 12 round draw against former WBA heavyweight champion Alexander Povetkin in December 2019 on Andy Ruiz Jr vs. Anthony Joshua II’s undercard in Saudi Arabia.

Hunter’s only career loss came against Oleksandr Usyk in losing a 12 round unanimous decision in 2017.

2016 Olympic bronze medalist Hrgovic has recent is over these fighters: 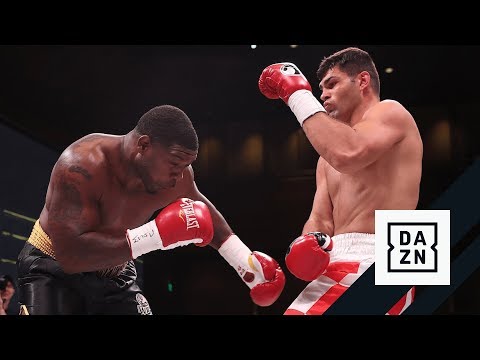 Hrgovic’s punching power is excellent, but he has a habit of throwing rabbit punches to the back of his opponent’s head.

It doesn’t appear that Hrgovic tries to intentionally hit his opponents with rabbit shots. Hrgovic’s opponents are so much shorter than him, and they end up getting hit from the chopping shots that he throws.

Hunter will need to make sure the referee has his eyes open and is engaged mentally on the night and not just standing around watching the action without taking an active role in controlling the fight. It will be a shame if a rabbit punch knocks out Hunter on the night.

If Hunter jumps on Hrgovic immediately in the first round in the same way he did in his fight against Povetkin, he could knock him out. Hrgovic is so slow with his movement. Hence, his nickname ‘Stone Man.’

For Hunter, he’s going to look to attack Hrgovic with combination punching, and get the better of him with his work rate. Hunter can’t stand on the outside and try and win because he lacks the height and reach to beat the 6’6″ Hrgovic from the distance.


« Josh Warrington to retire if he loses Mauricio Lara rematch

Avni Yildirim: ‘I’m not the underdog’ for Canelo »