Avni Yildirim: ‘I’m not the underdog’ for Canelo

By Dan Ambrose: Avni Yildirim says he doesn’t view himself as the underdog for his fight this Saturday night against heavy favorite Canelo Alvarez at the Hard Rock Stadium in Miami. Yildirim (21-2, 12 KOs) says he’s coming to win against WBA/WBC super middleweight champion Canelo (54-1-2, 36 KOs).

It’s not surprising why Yildirim is unhappy about being overlooked by boxing fans and the media. They see Yildirim as another victim for Canelo, a speed bump in the road.

Alvarez already has his next fight planned out against WBO super middleweight champion Billy Joe Saunders on May 8th.

Yildirim earned his #1 WBC mandatory spot in an unusual way, losing to Anthony Dirrell two years ago. It’s obviously not an ideal way to become mandatory, but this is boxing. It’s not like other sports.

It’s good for Canelo, though, because if he had to face a dangerous contender, he might not be able to return to the ring quickly to face Saunders in less than three months from now.

Yildirim getting his big chance

“This is a big fight, a big chance for me,” said Yildirim to iFL TV. “I’m feeling good, I’m doing a good training camp. I’m ready for the fight with my mentality. My mentally is ready, it’s fight week, why not?

“Chris Eubank, it is so much more experience for me. But one day, I’d like a rematch with Chris Eubank.

“For me, it’s so important. He’s now with Sauerland. Germany is my country. Why not. My team is a great team. Maybe you know that. I believe in myself, and I believe in my coach.

Avni has the punching power, size, and the hunger to win this fight, but that’s probably not going to be enough. Canelo is so hard to hit cleanly, and Yildirim doesn’t have great hand speed or a high work rate to give him problems.

Nonetheless, Yildirim is going to give it his all on Saturday night, and you can expect that whatever he throws, it’s going to have knockout intentions written all over it.

Yildirim is a sucker for an uppercut, as we saw in his third-round knockout loss to Chris Eubank Jr in 2017.

In that fight, Eubank Jr repeatedly landed huge uppercuts to the head of Yildirim until knocking him out in the third.

In Canelo’s case, his trainer Eddy Reynoso will have watched the Yildirim vs. Eubank Jr fight many times to come up with a similar game plan for his fighter.

Reynoso isn’t going to have Canelo reinvent the wheel and come up with a different strategy to beat Yildirim because that would make his job harder.

Avni in denial about being the underdog 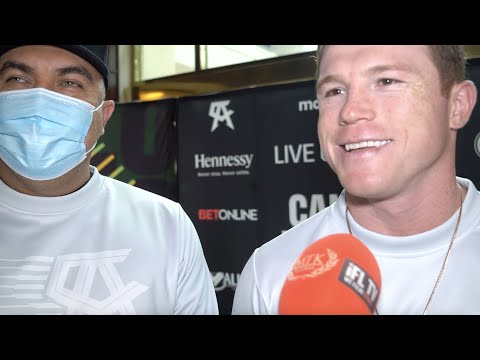 “I’m not the underdog. I don’t care what everyone says. I believe in myself. Who gives a f***, you know? I don’t care,” said Yildirim.