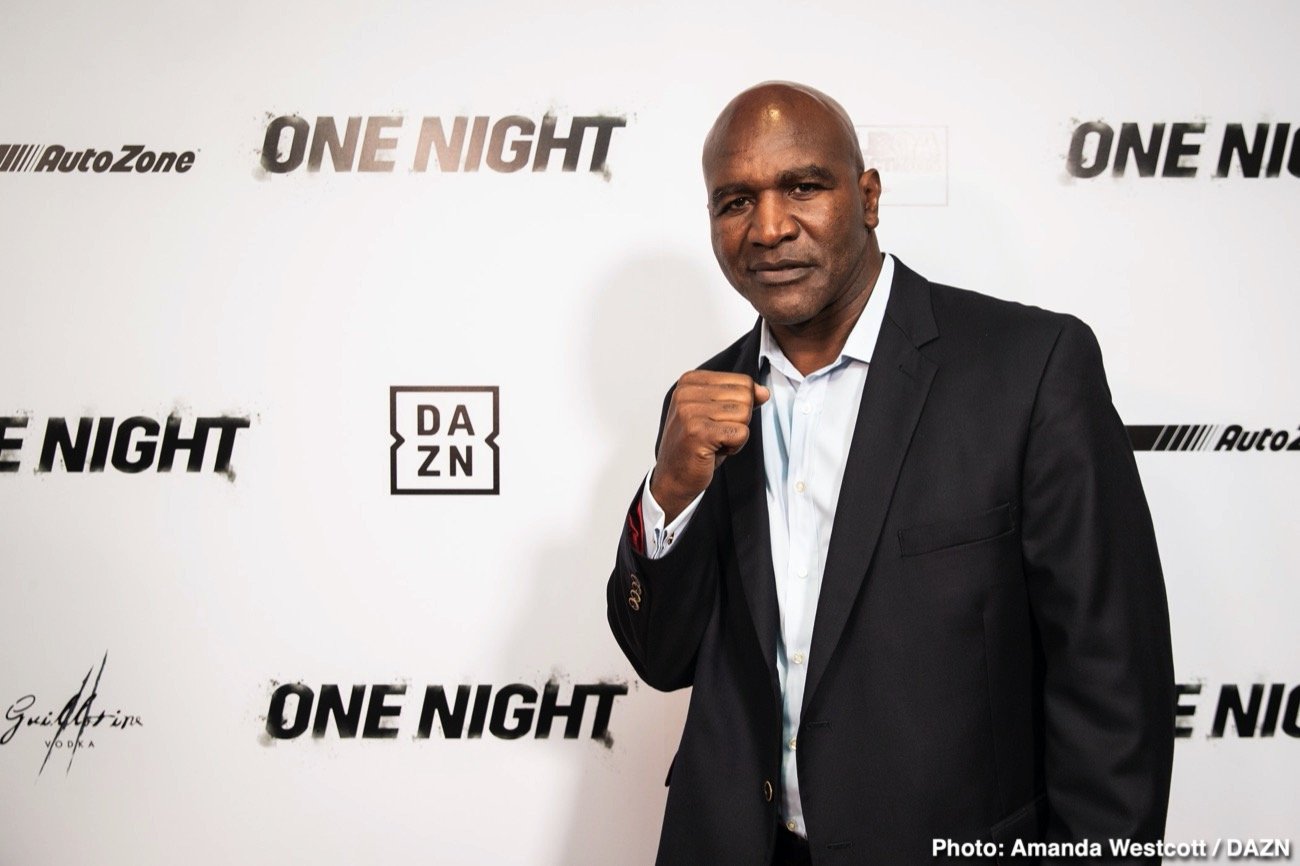 By Matt Lieberman: Evander ‘The Real Deal’ Holyfield believes that an exhibition match between him and Mike Tyson could generate $100 million this year if the fight can get made.

Holyfield is 2-0 against Tyson, having beaten him by an 11th round knockout in 1996 and a third-round disqualification in their rematch in 1997.

It was believed after the second fight that Holyfield had closed the chapter in their rivalry, but as the saying goes, ‘Never say never.’

Tyson, 54, recently came back and fought to an eight-round draw against 52-year-old Roy Jones Jr on November 28th.

Many boxing fans were disappointed that both fighters appeared to be taking it easy and not trying to hurt each other.

The fight brought in good numbers, though on pay-per-view, which suggests that Tyson could continue to bring in money for these types of events.

“I think it would be a lot of money, a lot of millions, I think 100 milllion. The fight would be big because so many people want the fight,” said Holyfield to Brian Custer.

The way that Holyfield is pushing hard for the Tyson trilogy match has people believing that he’s broke and in need of money.

According to Celebrity Net Worth, Holyfield’s net worth is $1 million, which, if accurate, is far below what he was worth during the zenith of his career.

If Holyfield’s $100 million predictions are correct for the Tyson fight, he’ll walk away with $50 million and live like a king.

Fans will likely be polarized about the Tyson vs. Holyfield trilogy, with some having zero interest in wanting to see it while others being excited about it.

Holyfield believes a third fight with Tyson would generate $100 million in revenue💰 pic.twitter.com/DRP47poeh2

You can imagine that many fans will look to watch it on illegal streams rather than pay to see another slow-motion exhibition match similar to the Tyson vs. Jones event.

“The only thing I hear people talking about is Tyson and myself. This is what the world wants to see. I guess we’ll come together and do it. I would say yes,” Holyfield said when asked if we’ll see a fight between him and Tyson this year. 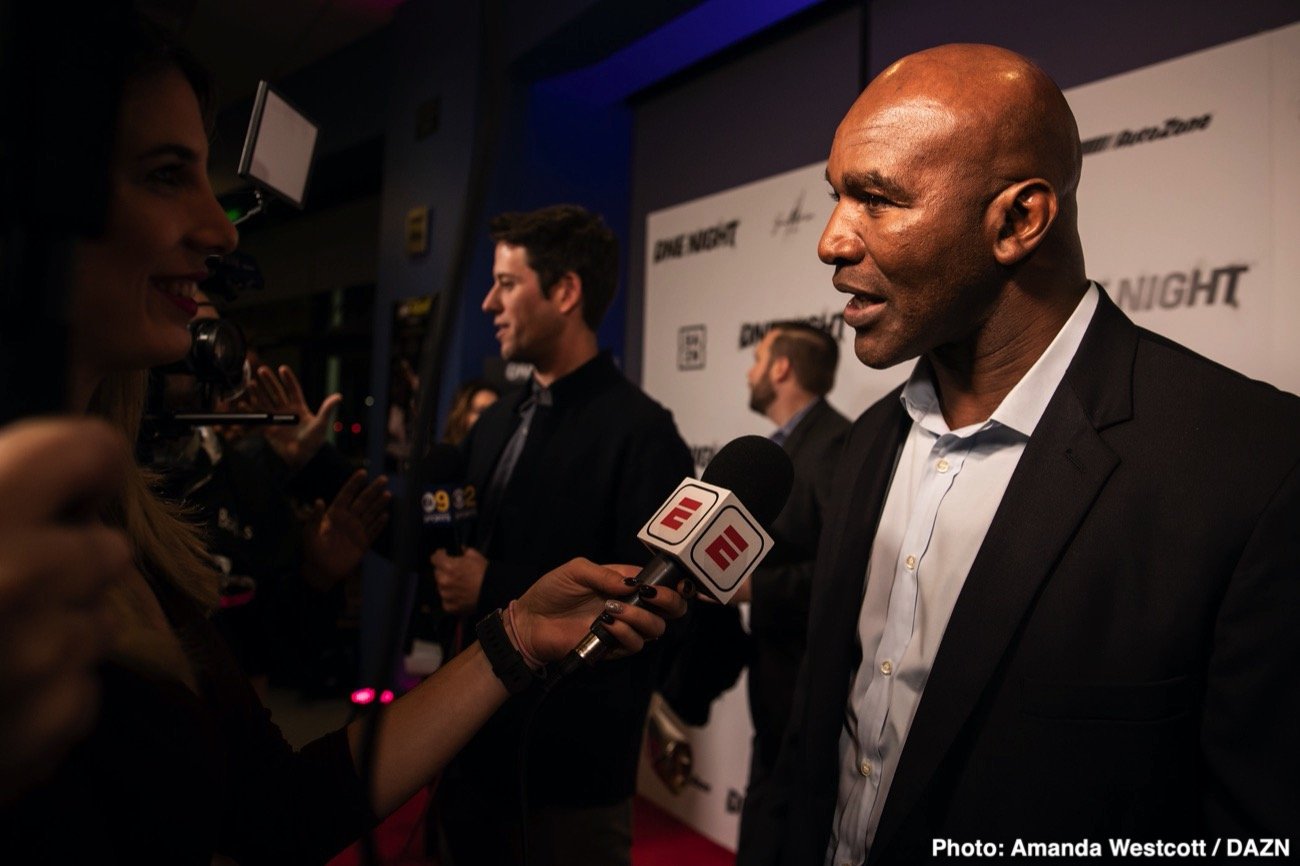 “It’s close, and it’s something we both want to do. It can happen. I know we’re the two top people that people want to see. There’s no reason to do it with anyone else other than Tyson,” said Holyfield.

As much as people will be horrified at the thought of paying to see Holyfield and Tyson fighting on pay-per-view at their age, a lot of boxing fans will still purchase it.

Yeah, Holyfield and Tyson are old and not what they once were, but people will happily purchase it on PPV. The only question is, how much will Tyson vs. Holyfield be priced at?

Is $75 too much to pay to see these two old-timers fight it out in an exhibition, or can they hike it to $100 per household? At that price, Holyfield’s net worth will soar to the levels he once enjoyed during his career.