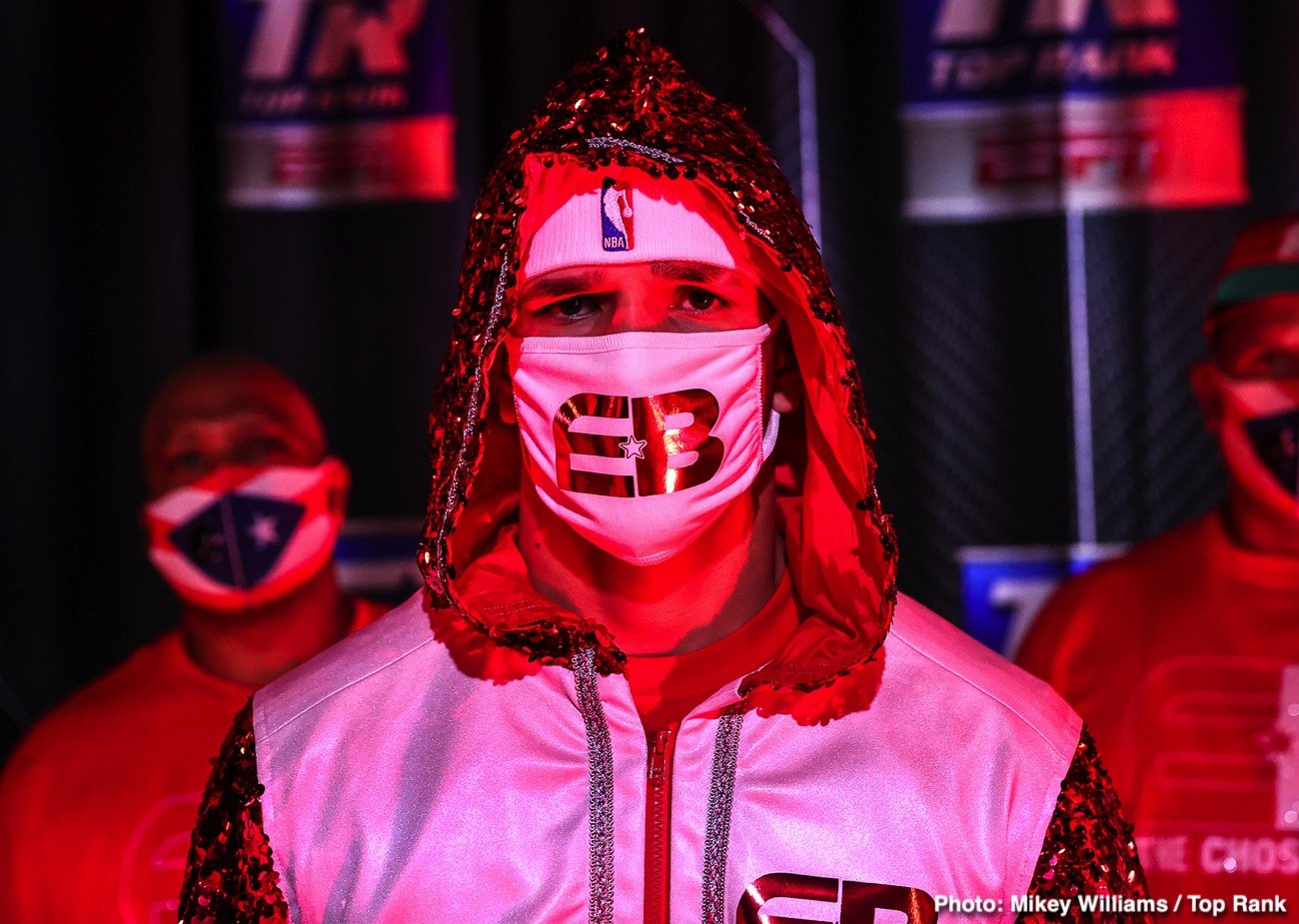 By Matt Lieberman: The unbeaten 168-pound contender Edgar Berlanga is ready to step up and challenge IBF super middleweight champion Caleb Plant for his title.

Berlanga (16-0, 16 KOs) sent a message to the undefeated Plant (21-0, 12 KOs) last Saturday night following his win over Caleb Truax to let him know when he’s ready to fight.

After 16 easy fights against lesser opposition, the 23-year-old Berlanga is ready to step it up against world-ranked contenders in 2021, be it against Plant or whoever.

It’s unknown whether Berlanga’s promoters at Top Rank would permit him to take on Plant. That would be a tremendous step up in class for the New Yorker Berlanga from the opposition he’s been facing as a professional.

Although fellow New Yorker Teofimo Lopez is the same age as Berlanga at 23, Top Rank had already been matching Lopez against contenders when he took on WBA/WBC/WBO lightweight champion Vasily Lomachenko last October.

There’s absolutely no chance that Berlanga will be getting a fight against Plant in 2021, as he’s waiting for a match with Canelo Alvarez in September.

That’s a lot of time for Plant to sit inactive while waiting, but he’s got an excuse not to fight anyone because he says he injured his left hand during his win over Truax.

#6 WBA, #9 WBO Berlanga will need to wait until he gets ranked high enough to become Plant’s mandatory challenger because he’s too dangerous to be given a title shot in a voluntary defense

Also, Berlanga is with Top Rank, whereas Plant with PBC. What that means is there’s not much of any chance of Berlanga getting a fight against Plant until he’s made the mandatory with the IBF. 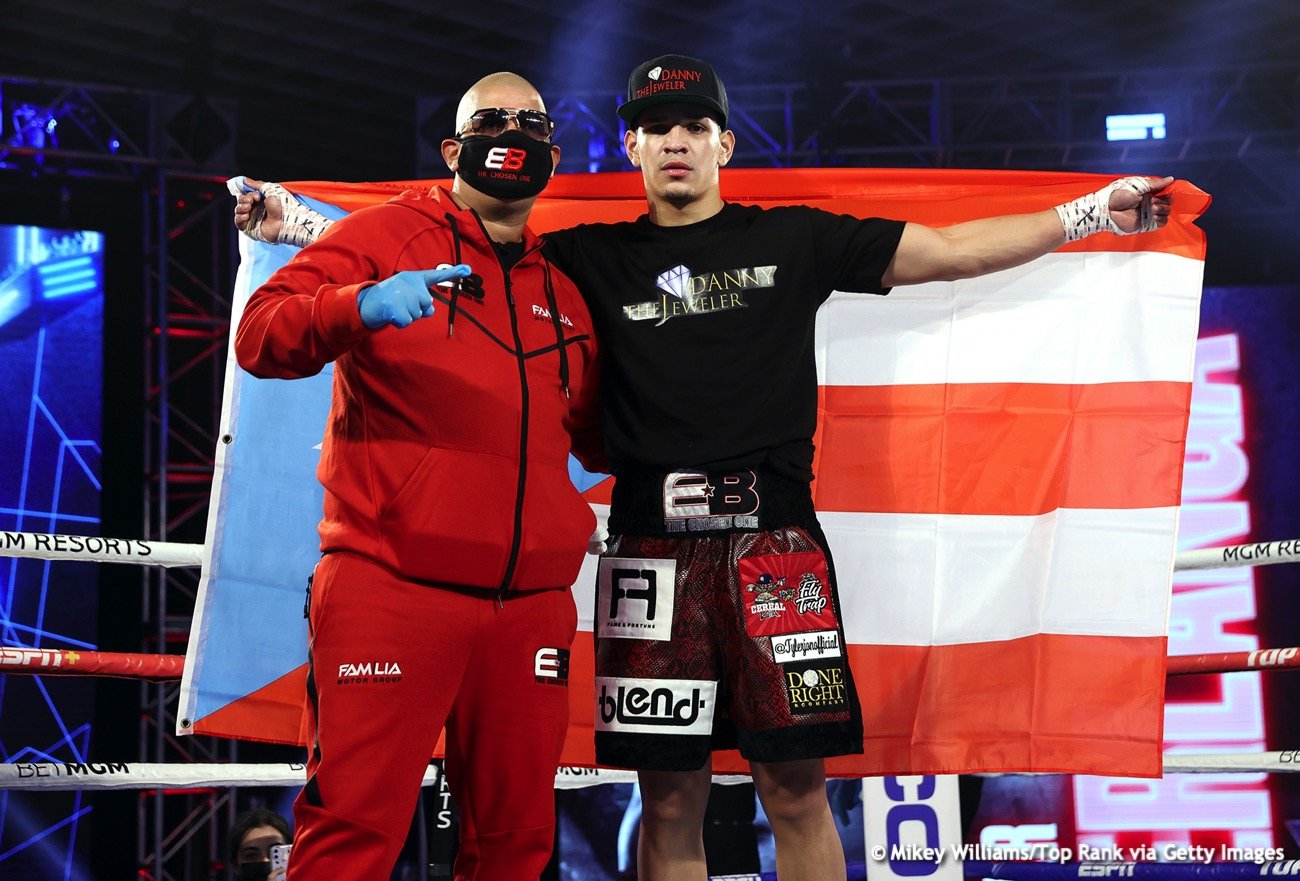 As of now, the International Boxing federation doesn’t have Berlanga ranked in their top 15. That could change soon, but not soon enough for Berlanga to get a title shot in 2021.

Most boxing fans would agree that Plant is fighting on borrowed time as the IBF champion. He would have likely already lost his IBF title in 2020 against Canelo if he hadn’t turned the fight down, saying that he needed more time to rest after his 10th round knockout win over Vincent Feigenbutz in February 2020.

If Plant faces Canelo in September, he’s going to have a hard time keeping his IBF title. The performance we saw from Plant in his fight would be out of his depth against Canelo.

As for Berlanga, he plans on fighting in April against a 19-0 fighter that he’s keeping under wraps, and then he wants to take on Gabe Rosado in June, followed by a big fight in December. 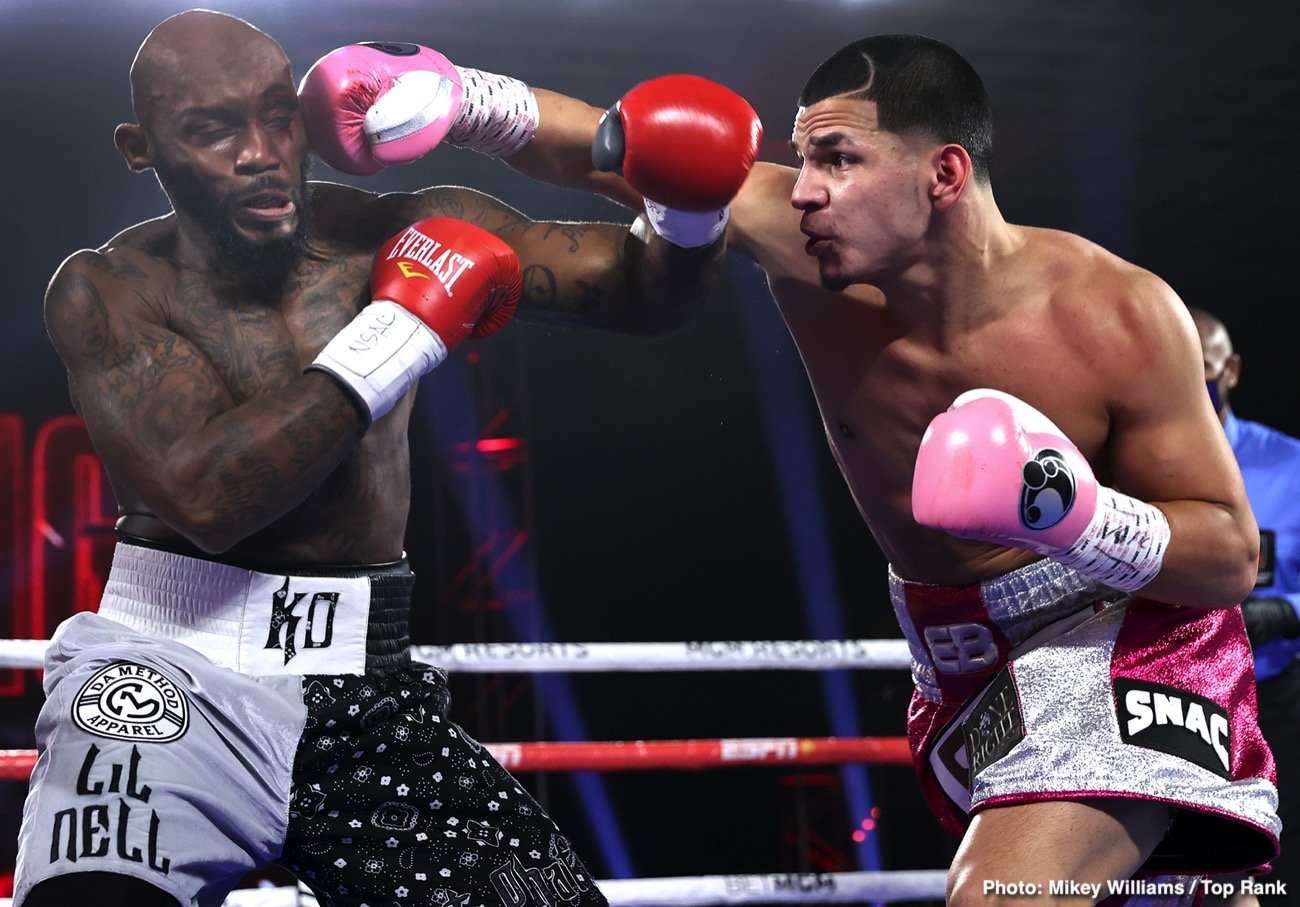 “I want to end the year in December with a bang,” Berlanga said to Brian Custer’s Last Stand podcast.

« Keyshawn Davis added to Canelo vs. Yildirim card on Feb.27th