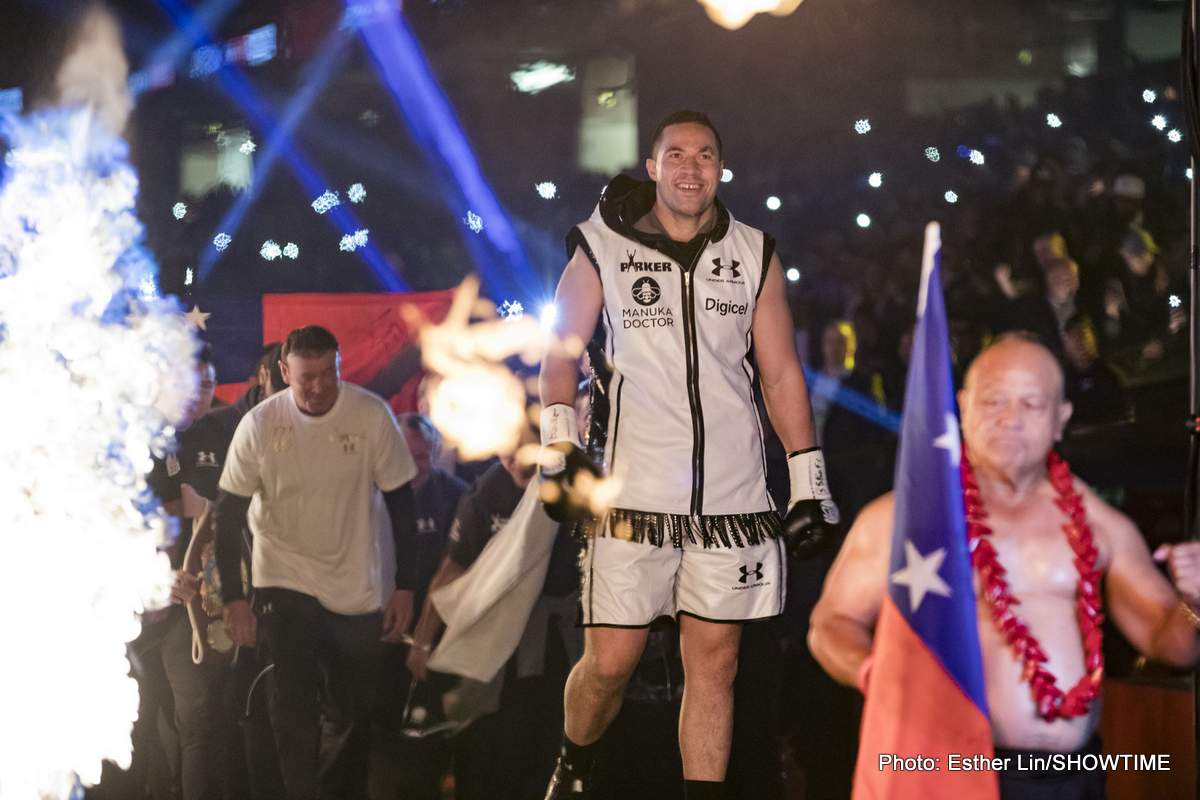 By Charles Brun: Eddie Hearn states that he wants to make a fight between Joseph Parker and Dereck Chisora if Parker beats Junior Fa on February 27th.

Chisora is a journeyman with 10 defeats on his record, which makes him not a great choice for Parker, but oh well. This looks like the only thing Hearn has in mind for Parker.

You can call this a business-level match rather than one that has any real sporting ramifications.

The former WBO heavyweight champion Parker (27-2, 21 KOs) and Chisora (32-10, 23 KOs) was previously scheduled to fight a couple of years ago in 2019, but Parker suffered a spider bite that caused him to pull out of the bout.

Parker, 29, still needs to beat the undefeated Fa (19-0, 10 KOs) on February 27th for him to have the chance to take his career backward to face Chisora, who has double-digit losses. 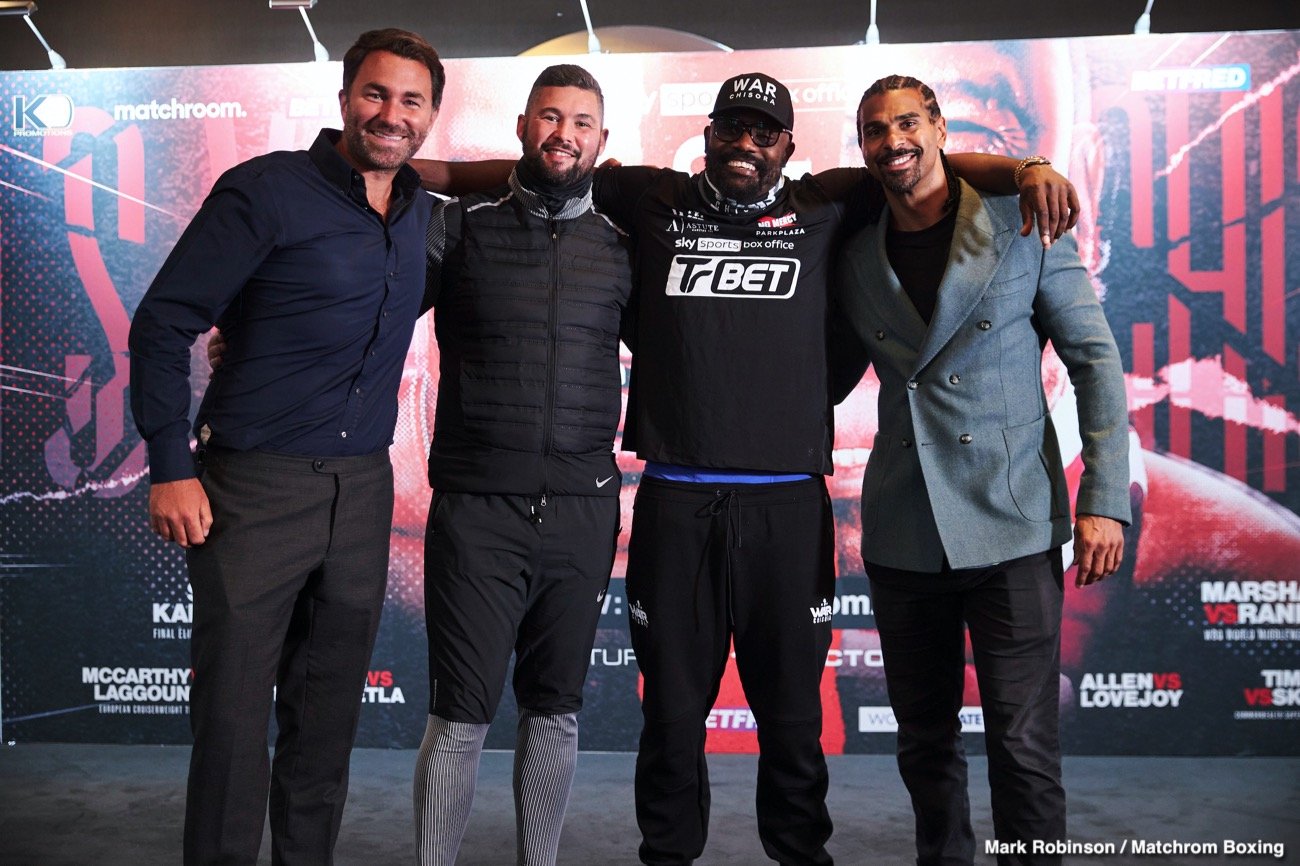 You hate to say it, but Parker’s career has been going nowhere since his consecutive defeats to Anthony Joshua and Dillian Whyte in 2018. Parker has been slow to rebound from those losses, beating these lower-level fighters in the last three years:

Sadly, those fights have used up the last two years of Parker’s career, and that’s all he has to show for 2019 and 2020.

“I got a lot of messages last night, ‘Oh, Parker-Chisora is done.’ No, but both guys are desperate for that fight,” said Eddie Hearn to Matchroom Boxing on a clash between Joseph Parker and Dereck Chisora.

“That’s a tough, tough fight. If he [Parker] come through that, I would like to make Chisora against Parker, probably in July,” said Hearn.

There isn’t much to gain for Parker to face Chisora, a fighter who has lost two out of his last five fights. Chisora’s last quality win came against Carlos Takam in 2018.

That was a fight in which Chisora was getting beaten up through the first seven rounds until he landed a lucky shot that hurt Takam in the 8th, and he was able to stop him.

Since that victory, Chisora has lost twice in defeats to Oleksander Usyk and Dillian Whyte in the last three years. Chisora’s wins since 2018 have come against these fighters: 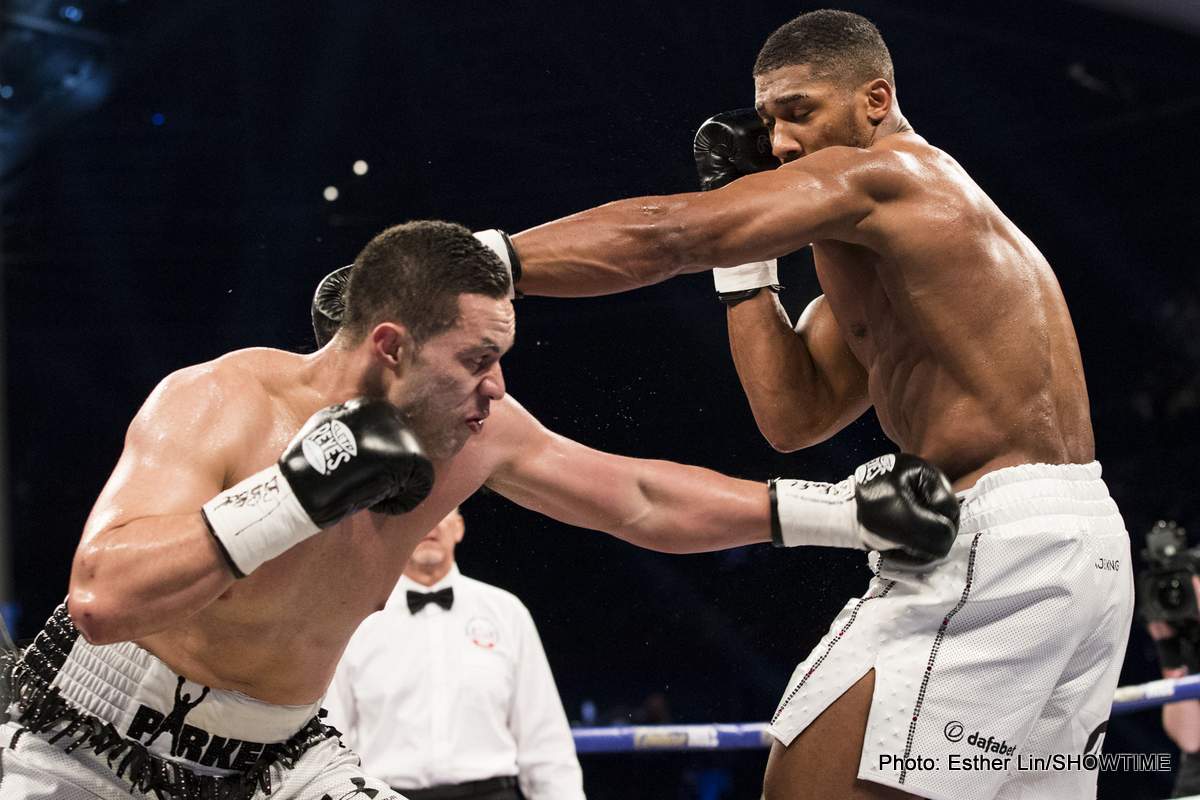 Charles Brun thinks it would be a better idea for Hearn to skip the idea of matching Parker against Chisora and instead put the New Zealander in with Filip Hrgovic, Michael Hunter, Andy Ruiz Jr, Luis Ortiz, or Charles Martin.

At least those fighters are ranked in the top 10 in the division. Chisora is a textbook definition of a ‘fringe contender’ with him ranked #15 WBA, #15 WBC, and #15 WBO.

Parker and Fa will be battling it out in a 12-round bout live on DAZN at the Spark Arena in Auckland, New Zealand.

Daniel Dubois replaces trainer, will fight in April or May »