Scoring the Fight: Taylor vs. Persoon 1 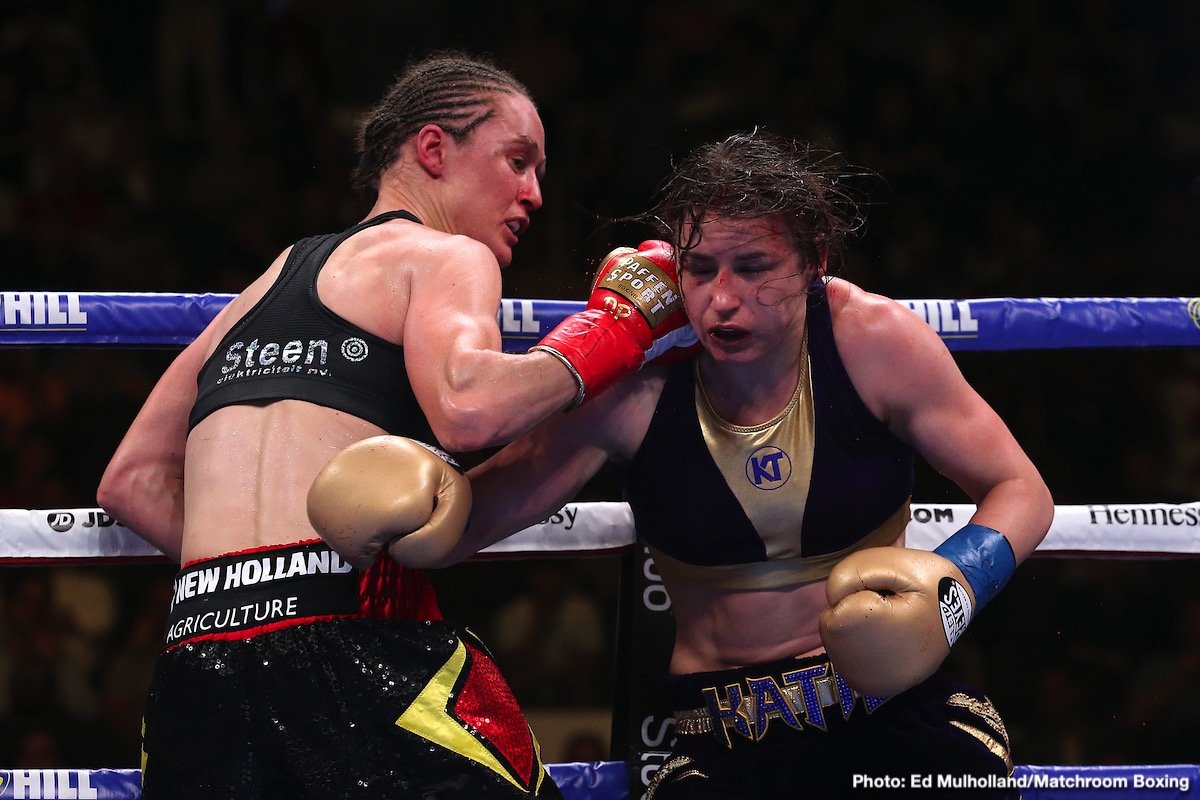 By Ian Aldous: We expected it to be good, but we didn’t realise just how outstanding it would turn out to be. The bout unquestionably warranted fight-of-the-night honours and was only overshadowed by the gargantuan heavyweight shock that followed, inside the world-famous Madison Square Garden.

WBA, WBC, WBO, IBF & Ring Magazine championships were all up for grabs when Katie Taylor and Delfine Persoon battled for lightweight supremacy on June 1st 2019.

I was one of those lucky fight fans to be in attendance for an historic night of pulsating pugilism. I’ve decided to indulge myself and re-watch one of the most exciting fights I’ve seen in person.

My seat way up in the nosebleed section was a perfectly serviceable seat to observe proceedings, but it wasn’t the finest vantage point to score the fight. All I recall from memory was being in a state of amazement at how compelling the fight was, without being able to decisively crown a victor.

Delfine Persoon recoiled in horror when hearing the scorecards and was visibly in tears as she returned to her dressing room. Her fate had been sealed by scores of 96-94 (twice) and 95-95. The very thinnest of margins was all that split the two elite athletes.

On a freezing cold January night in eastern England, it’s time to visit Youtube, rewind to the early summer of 2019 in New York City, and score one of the very best fights of 2019.

The feeling-out process began with Katie Taylor using her movement effectively and landing some, but not many, decent shots; enough to win the round though.

This was a clear round for the Belgian. This was an early indication of how much pressure she would put on the Olympic great.

This was a classic round of whether a judge prefers work rate or punching precision. I saw nothing to separate them and have no problem scoring a tight round even, something I feel more judges should partake in.

The blood started to flow, illustrating the brutality of the bout. Persoon’s intense aggression is paying off, for me. It’s not pretty, but she gets it.

An effective first sixty seconds of the round wins it for Taylor, notably two good left hooks break through Persoon’s defence. It’s building beautifully at the halfway point.

The relentless pressure from Persoon looks ragged at times and Taylor, defending her three belts, again, uses her skills to counter excellently.

Persoon is back in Taylor’s face and lands flush punches with both hands. The pendulum of momentum swings back toward the defending WBC champion.

Despite a grotesque swelling on her left eye, Persoon continues pressuring Taylor and gives the amateur legend no space to work in. This could have feasibly been an even round, but I think Persoon nicked it.

The unified champion rallies to come back strongly and does more than enough, despite a late fight back from Persoon, to win the round and give herself a chance to avoid an unexpected first pro defeat.

The pair touch gloves as the crowd show their appreciation. Both women lay everything on the line and bare their souls. Every drop of energy is sapped, but Persoon clearly wins the round with a ruthless and relentless barrage of lefts and rights.

The standing ovation is richly deserved as the two champions help put women’s boxing on the map. The female game continues to go from strength to strength thanks to contests like this.

My final score tally gives a 96-95 nod for Delfine Persoon, but I can easily understand how it could have been scored a draw. But, a two round card in favour of Taylor, as Allen Nace and John Poturaj scored it – not so much.

However, this was a million miles from a robbery which Persoon purported it to be, judging by her protestations in the ring afterwards.

Thankfully, the two superstars of the division danced again, and produced another enthralling fight the following summer, this time in Eddie Hearn’s back garden rather than Madison Square Garden. Taylor did just enough to secure another points win in the rematch.

Will we ever see a third scrap between Ireland and Belgium’s finest? I’d certainly welcome it, but it’s more likely their paths will never cross again. The 2012 Olympic champion will feel she has passed this test and has done enough to move on with her career.

How did you score Taylor vs. Persoon 1? 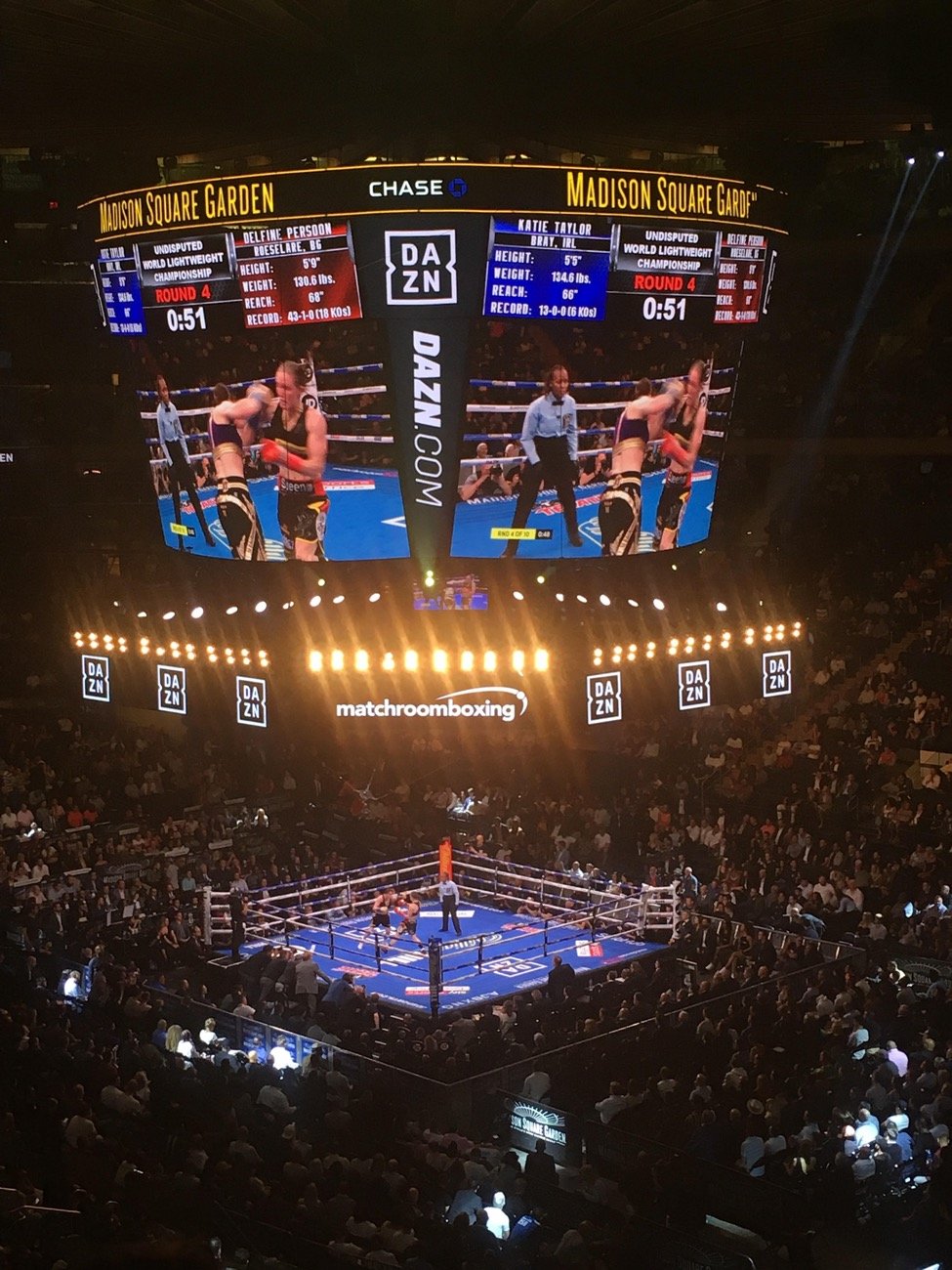