By Jeff Aronow: Mikey Garcia says he’d be interested in challenging WBO welterweight champion Terence Crawford for his title if he leaves Top Rank in the future. Mikey (40-1, 30 KOs) would be willing to face the unbeaten Crawford (37-0, 28 KO) at 147.

Mikey would need to come down in weight for him to face Crawford, though, as he looks like he’s ballooned up to the 170s or 180s since his last fight against Jessie Vargas in February 2020.

It would help Mikey’s chances of getting a fight with Crawford if he proved himself against a top tier welterweight. Vargas doesn’t because he’s shot, and he fights at 154. Mikey needs a win over someone like Veril Ortiz Jr or Yordenis Ugas to be taken seriously.

Crawford, 33, would likely jump at the chance to face Mikey, as it would give him another high-profile opponent. Unfortunately, Mikey is on the downside of his career, and Crawford wouldn’t get the kind of credit that Errol Spence Jr received when he defeated Mikey in 2019.

Mikey has made it know for the last year that he would like to fight Manny Pacquiao, but the Filipino star hasn’t taken him up on his offer.

If not for the pandemic, Mikey might have gotten the fight with Pacquiao. Bad luck on Mikey’s part has resulted in him missing out.

Mikey sees a fight with Crawford as possible

“If the relationship isn’t as strong as it used to be, he might leave Top Rank,” said Mikey to Fighthype about Crawford.

“I’m not saying it’s going to happen, but if he does leave Top Rank, that could open the doors for a potential fight,” said Mikey about Terence. “He could fight any of the guys that are on the other side.

“Danny [Garcia], [Keith] Thurman, Porter, all the guys that he always asked for, but unfortunately, he wasn’t able to get. But maybe now he can actually get to that.

“If he does leave Top Rank and decides to do things on his own or with the help of PBC or anyone that might allow us to fight these kinds of guys, including myself, then that’s a good fight for me too. 147, he’s a champion at 147,” said Mikey when asked what weight he would fight Crawford at.

Mikey probably can fight with Crawford, but that won’t happen until he leaves Top Rank. If Mikey stays inactive while waiting for the Crawford fight, that wouldn’t be good.

Mikey needs to get back in the ring and start fighting relevant opposition once again. If Mikey insists on staying at 147, which he’s clearly not big enough to be competing in, he needs to go after one of the top guys.

“That’s a chess match and a tough fight for both,” said Mikey Garcia about a potential match between Spence and Crawford.

“Both are very good fighters. Crawford has very great skills, but he hasn’t been able to showcase [his talent] because of the lack of opposition.

“People don’t give him credit, but he is very talented. Spence has been showing it. He’s strong; he has great distance.

“Nothing flashy, but he’s just very, very good. That’s a chess match, that’s a toss-up fight [Spence vs. Crawford]. Well, he just fought Danny Garcia and said he was going to take some time off,” said Mikey about Spence.

Mikey’s vision of how the Spence vs. Crawford fight would play out is likely a result of how Errol chose to fight him. He boxed Mikey the whole fight to prove that he could outbox him.

Against Crawford, Spence will likely turn the fight into a brawl and take advantage of his size, power, and toughness to stop the smaller guy. Crawford looked beaten up around the face after just three rounds against Kell Brook.

Spence will likely break Crawford down, beat him up, and stop him if that fight ever happens. Given that Crawford wants a 60-40 deal, that fight will never happen. Even a 50-50 split won’t work. Crawford will need to accept the smaller money if he wants to fight Spence, and thus far, he’s now willing to do that.

“I think he’s going to wait to see Keith [Thurman] or Porter or any of the guys up and coming that might have a good win that can make for a good fight,” Mikey said about options for Spence’s next fight.

“It’s hard to land an opponent that hasn’t made a splash or had a good win that can create attention and buzz to sell the fight.

“It would be a great fight with Thurman, but he hasn’t fought since he fought Manny [Pacquiao], and that was over a year.

“So Thurman might need a win to make it a bigger fight. Spence is going to wait to see what’s out there. He’s not going to take any fight.

“It would make for a bigger fight [if Thurman got an important win before facing Spence].

“The real boxing fans would like something like that. He had a fight with Porter, so maybe a rematch with Porter would be good,” Mikey said in talking about Spence facing Porter again.

Former WB/WBC welterweight champion Keith Thurman would be a good fight for Spence, but it’s not looking like it’s going to happen.

Spence is holding a grudge against Thurman because of all the years he chose to ignore him when he tried to get a fight with him.

“Errol wins that fight,” said trainer Abel Sanchez to Fighthype. “Errol Spence, getting over this accident, I think in one more fight, people will forget what the crazy kid did, and he will develop into an even better fighter. 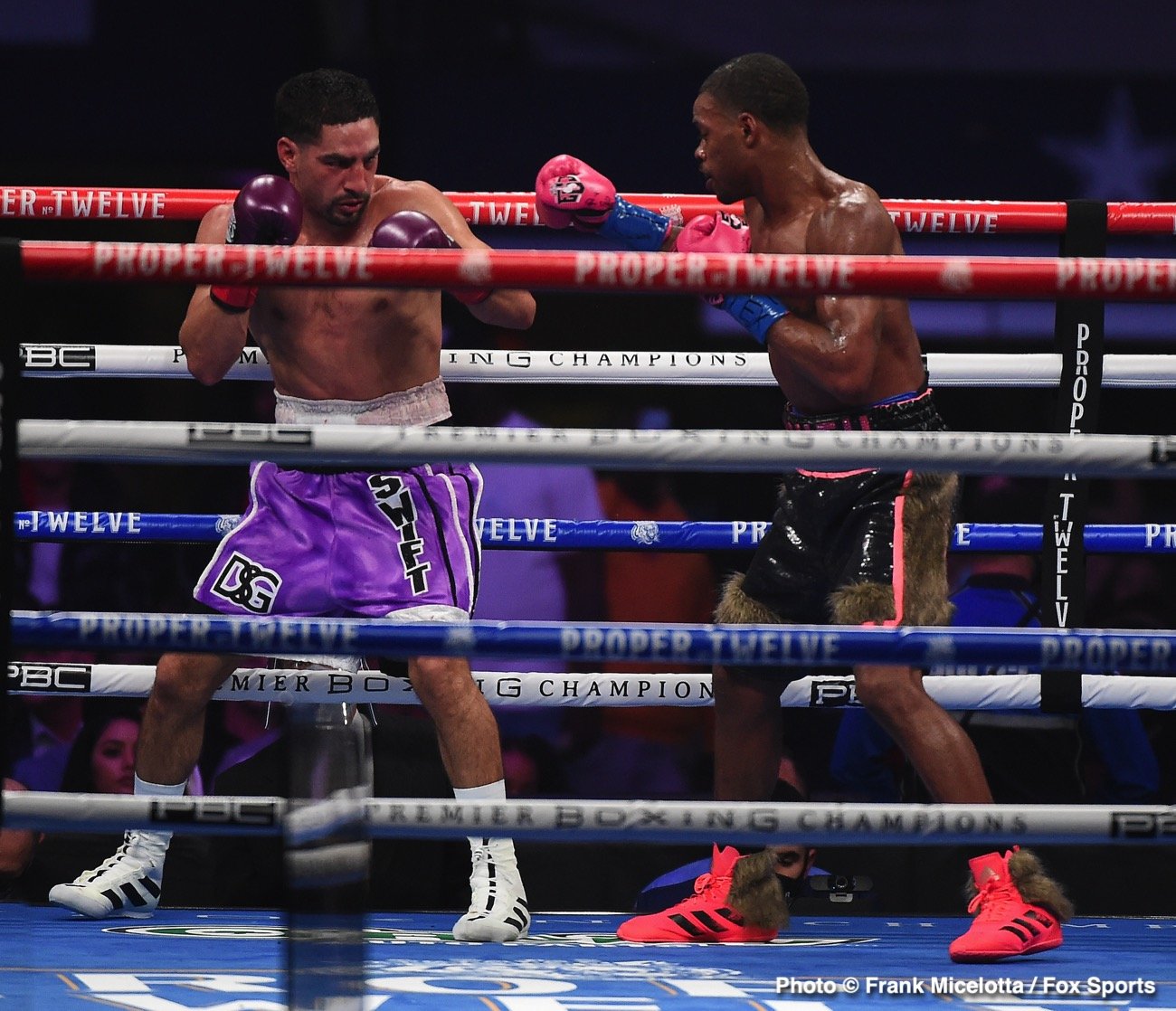 “I think he wins the fight [against Crawford]. He’s the bigger guy. I think he’s just as talented as Crawford, and Crawford is the smaller guy.

“This is the case of the smaller guy and the bigger guy. I think they’re both extremely talented. I think Errol wins and will be a better fighter when the time comes,” said Sanchez.

Of all the people who have analyzed the Spence vs. Crawford fight, Abel Sanchez seems to have the clearest grasp of what will happen if they fight. Spence is too big and too rugged for Crawford, who has been hurt by smaller fighters.

Scoring the Fight: Taylor vs. Persoon 1 »