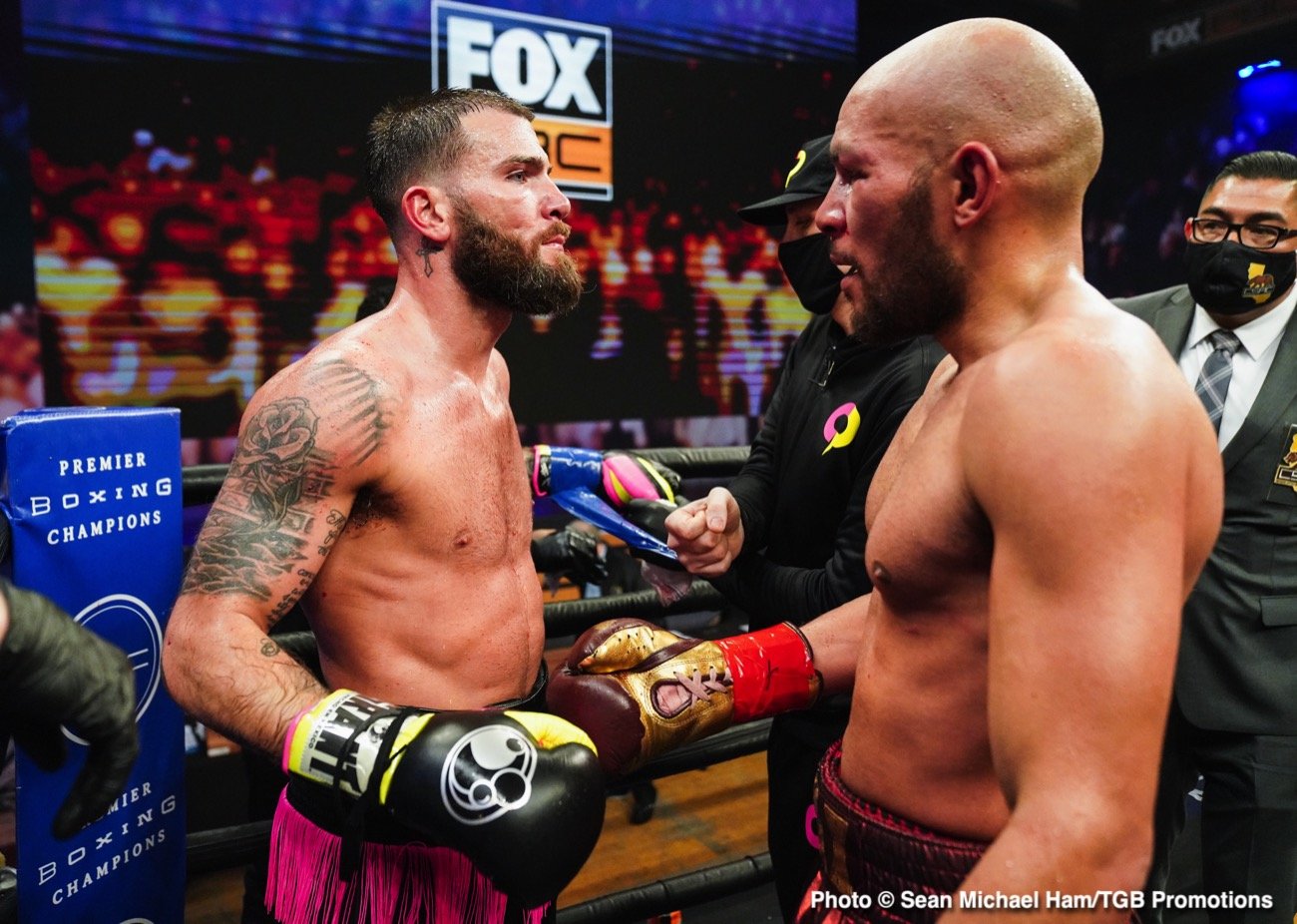 By Sean Jones: Caleb Plant will be attempting to accomplish the first of his two goals tonight when he takes on his IBF mandatory Caleb Truax to clear his path to the lucrative money fight against Canelo Alvarez later in the year.

Plant and Truax will be trading blows tonight on PBC on FOX at the Shrine Exposition Center, Los Angeles, California.

The International Boxing Federation has received their share of criticism from fans by making Truax mandatory for Plant rather than one of the talented young contenders.

IBF super-middleweight champion Plant (20-0, 12 KOs) can’t afford any slip-ups against former IBF champion Truax. If Plant loses this fight, it’ll be Truax that faces Canelo in September rather than him.

Plant has repeatedly explained his reasoning for choosing to fight Truax rather than one of the dangerous contenders, saying that he wanted to get his mandatory out of the way.

The IBF still hadn’t called Plant’s mandatory, and there’s a good chance they wouldn’t have done so until 2022.

Still, Plant persists with the excuse that he wanted to ensure that he had his IBF taken care of so nothing would get in his way of a Canelo fight in September.

“Until a person with the skills that I have stepped up and fights that opposition,” said Plant to ESPN on the type of great fighters he needs to face to become pound-for-pound. 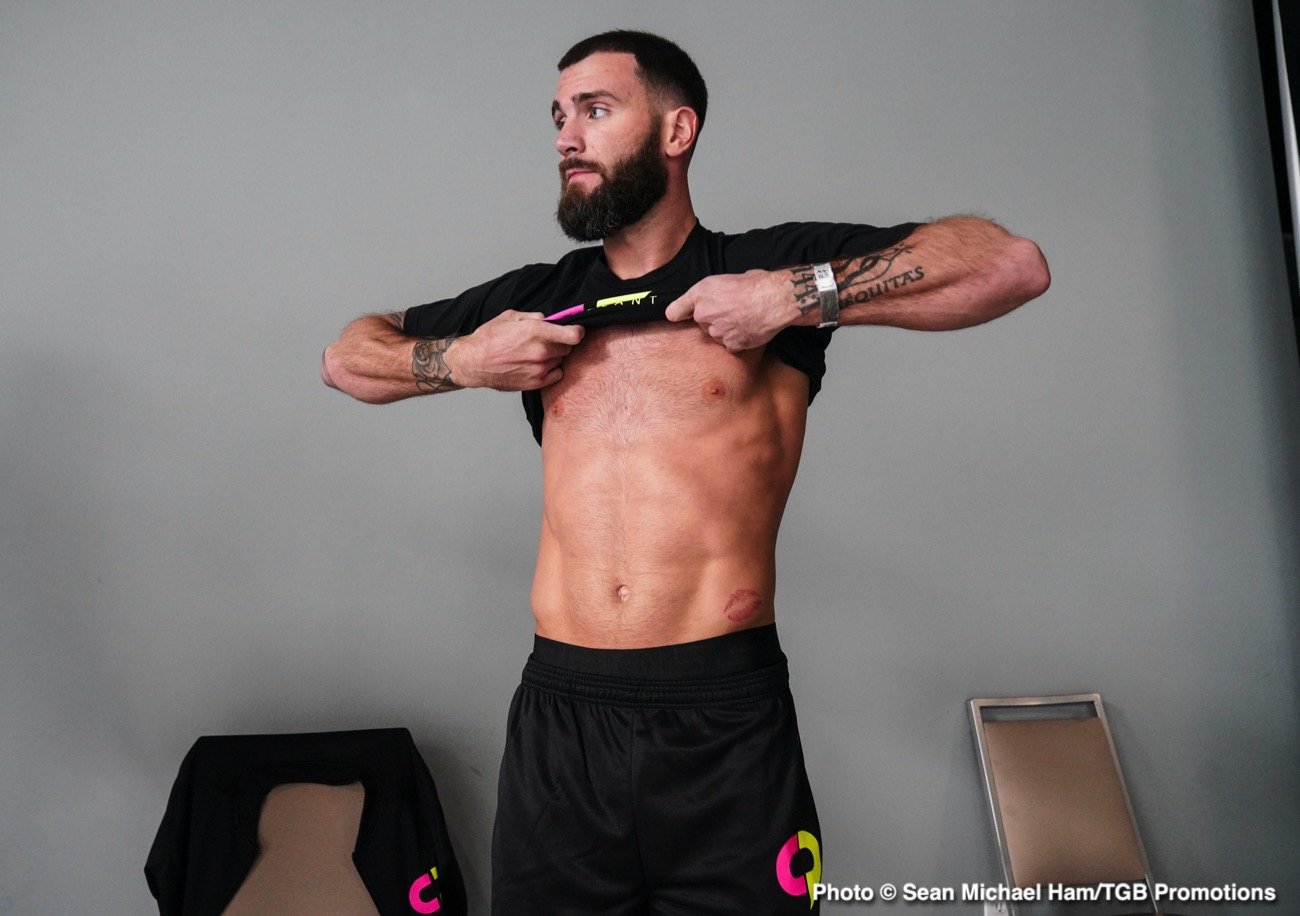 “There were a million fighters in my position that had the skills to be pound-for-pound and could fight at that level, but they just didn’t have that fight yet. I think a lot of people forget that I’ve only had 20 fights.

“I was a big underdog against Jose Uzcategui, and I stepped up there and handled him with ease. Until I get that opportunity, then that’s just the position I’m in.

“But I feel like I have all the skills in the world, all the boxing ability, and mental toughness, the grit, and everything, and I’m a well-rounded fighter. I can fight on my front foot, back foot.

“I can stand in the middle of the ring, use the whole ring. I can pot-shot, put my punches together, use my jab. Just whatever the situation calls for, I feel like I can pull that tool out and use it,” said Plant.

“100 percent is true; everything you just said is absolutely true,” said Max Kellerman to Plant. “Anyone that has seen you fight would tell you the same thing, but I know I’m curious when I watch you fight, that looks like a star-fighter, a special kind of talent. but what’s going to happen when he fights the guys at the top?

“Can he look like that against those guys? Shawn Porter was on this show a couple of weeks ago. We had a pound-for-pound discussion, and when we were throwing out names, he brought you up.

“Some eye-rolls occurred, I think, basically just based on your level of opposition so far. What has your reaction been from fighters in the industry?

The fight against Canelo is a no-lose one for Plant, as he’s going to get a big payday. He’s not showing anything by taking that fight because he’s still going to come out ahead even if he loses.

But where Plant can prove himself is if he starts fighting the likes of the Charlo brothers, David Benavidez, Billy Joe Saunders, Edgar Berlanga, and Bektemir Melikuziev.

‘Sweet Hands’ will get his chance to prove himself

“Anytime I’m around somebody, or you know hearsay, or when I hear on the street, most of my peers know that I have the skills,” said Plant. 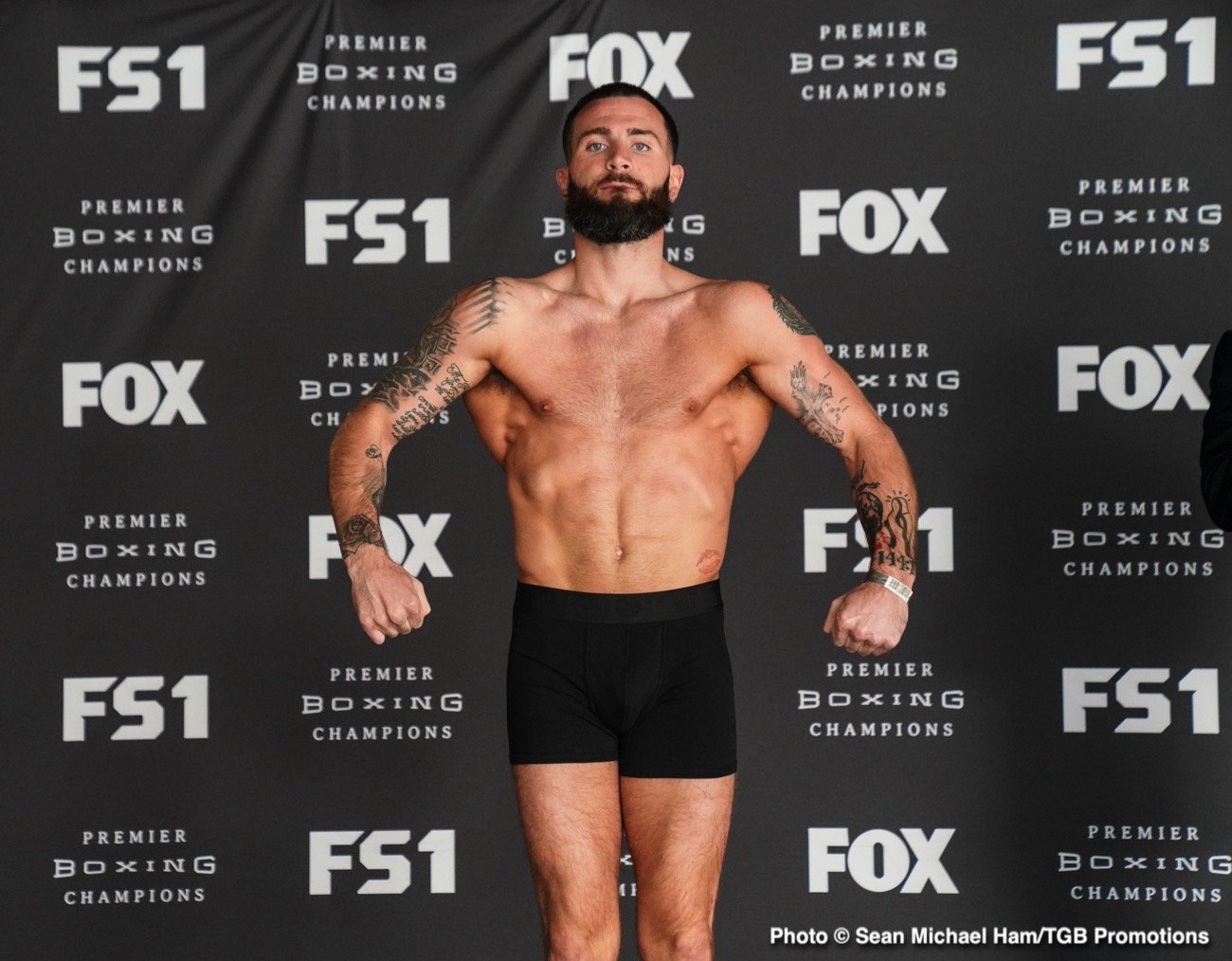 “I’m friends with a few fighters, not many in my division, but they agree that I have the skills to go out and beat just about anybody. But in my eyes, I feel like I’m the best in the 168-lb division.

“At some point, I’ll be able to prove it to not only myself but to the rest of the world. Until then, I’ve got this mandatory to get out of the way, and then I’ve got a year free to make those big unification fights.

“I’ll probably introduce myself to the world at that point,” said Plant.

“When a guy like Shawn Porter, who is excellent on TV as a commentator, but he’s also an excellent fighter,” said Kellerman. “He went nip and tuck with Errol Spence.

“Anytime he gets in with a top guy, it’s a war, and he’s 100% a real fighter, a guy that has respect throughout the industry. How do you feel when he brings your name up in those conversations?”

“It feels good,” said Plant. “Like you said, Shawn has accomplished a lot; he’s been in with some of the best if not the best.

“I think he has a better idea than many of these people on the outskirts looking in, who haven’t had the chance to see me up close and personal as much as he has,” said Plant.

Assuming Plant wins tonight against 37-year-old Caleb Truax, he’ll get his chance to prove himself against Canelo Alvarez in September.

Canelo needs to win his two fights against Avni Yildirim and Billy Joe Saunders before Plant will get his opportunity to show how good he is.

“But there are other guys in and around your division. For example, David Benavidez,” Kellerman continued. “David Benavidez and you have gone back and forth.

“As of now, I’m focused on becoming the undisputed super middleweight,” said Plant. “That’s been my dream since I was a kid. Canelo’s team are saying that fight is going to happen.

Caleb hasn’t been interested in fighting Benavidez, Demetrius Andrade, or Jermall Charlo all this time.

Why would his attitude towards them change all of a sudden now that he’s on the verge of getting a career-high payday against Canelo Alvarez in September?

Caleb will clean out the 168lb division later on

“But after I do become undisputed, I will circle back and clean out the rest of the division. Whether that’s Benavidez or whoever else is there,” said Plant.

“I don’t know who will be there at the time, but whoever else wants the smoke after that, I’m down But I’m on a mission right now. These are my goals, these are what I want to accomplish.

“I’m not looking at what other people want me to accomplish. I’m looking to accomplish my dream and what I set out to do. Once I do, I’ll gladly circle back and we can get in there and make it happen with whoever,” Plant said.

“There are so many stars in and around the division, the Charlo brothers, GGG,” said Kellerman. ”

“Just being myself,” said Plant on how he beats Canelo. “I know that’s a pretty general answer and not too detailed.

It’s going to be hard for Plant to defeat a fighter like Canelo with the way he’s been fighting lately. Plant was hit a lot in his wins over Jose Uzcategui and Vincent Feigenbutz.

The way that Plant fought against those two fighters, he won’t beat Canelo, David Benavidez, or Edgar Berlanga.

Additionally, Plant will have many problems against Jermall Charlo, Demetrius Andrade, and Billy Joe Saunders.