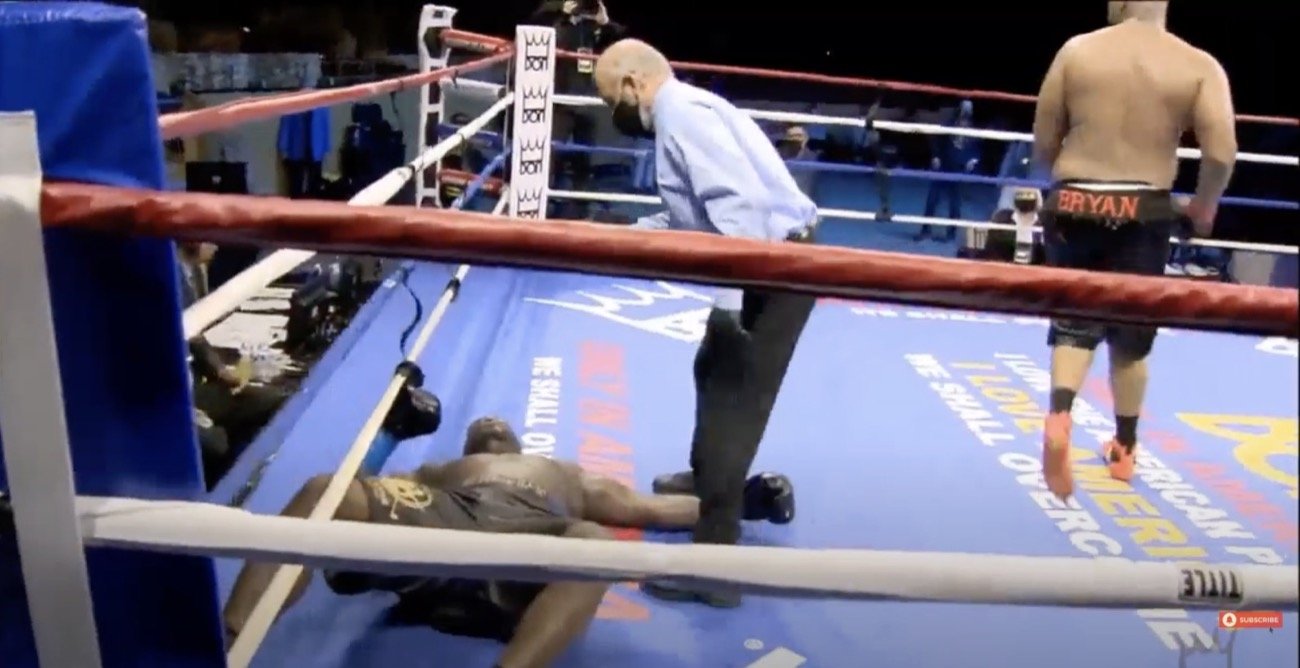 Bryan (21-0, 15 KOs) from Ft. Lauderdale, FL kept his record perfect as his powerful jab kept Stiverne at bay in the title bout at the Hard Rock Hotel & Casino in Hollywood, FL Friday night. In the 11th round, Bryan used his left jab and then countered with three solid rights to his opponent’s head that sent him to the canvas. After a standing eight count, Bryan continued to press the hurt Stiverne before referee Gentile stopped the bout at 1:26 of the 11th round.

Stiverne (25-5-1, 21 KOs), who is 43-years-old and hails from Las Vegas, NV, couldn’t handle the steady jabs of the 31-year-old Bryan. He tried to land his powerful overhand right hand several times, but Bryan stepped aside.

In the second fight, Sarasota cruiserweight Johnnie Langston (9-3, 3 KOs) pummeled his opponent, DeShon Webster (12-4-3, 6 KOs) of Kansas City, MO for all six rounds to win a unanimous decision. Two judges had the bout 59-55 and the third had it 60-54.

In addition to the three live fights, King treated boxing fans to three classics he promoted on the $19.99 pay-per-view card–the 1994 WBC Super Lightweight title fight between Julio Cesar Chavez and Frankie Randall; the 1999 WBC and IBF World Welterweight title fight between Oscar De la Hoya and Felix “Tito” Trinidad and the final classic will come from 1982 for the WBC World Heavyweight title between Larry Holmes and Gerry Cooney.