By Dan Ambrose: Bernard Hopkins believes that Oscar De La Hoya has enough ring IQ to defeat monster puncher Gennadiy ‘GGG’ Golovkin when he makes his return to the ring in 2021.

Hopkins feels that the 38-year-old Golovkin (41-1-1, 36 KOs) has lost power recently due to his advancing age, and he thinks that the 47-year-old former six-division world champion De La Hoya can and defeat him.

This is the fight that Hopkins wants for De La Hoya (39-6, 30 KOs) to take for his comeback. He thinks September 2021 on the Mexican Independence Day holiday weekend would be ideal for Oscar to challenge GGG for his IBF middleweight title.

The International Boxing Federation would need to sanction the Golovkin – De La Hoya fight, though, as Oscar isn’t ranked, and he’ll be coming straight into the fight with GGG without a tune-up.

De La Hoya hasn’t fought since 2008 when Manny Pacquiao beat him by an eighth-round knockout in a one-sided fight.

Oscar looked shot in that fight, but that could have been the fault of his diet to get back down to 147 to take the match with Manny. Before that, De La Hoya had been fighting at 154 for the last seven years.

“Not about the GGG fight, but it was talked about before the GGG fight came out,” said Bernard Hopkins to Fighthub about De La Hoya wanting to fight Golovkin in his comeback fight.

“Let me tell you something. Why does Oscar understand and knows that he can beat GGG? Because GGG declines [deteriorates] every year. What he has left is always his punch.

“You take that away, and even though you’re still swimming in shark waters until the bell ring, and it’s the 12th round, and it’s over with.

“If Oscar was going to come back and I had a say in it as far as, ‘Bernard, it’s up to you. We got this person, this person, and this person. I’m going to take your word for it. What do you think?’

De La Hoya doesn’t think he can beat Golovkin, and I don’t think anyone else would other than Bernard. Oscar isn’t a middleweight, and he’s not a huge puncher like Golovkin, Jermall Charlo, and Ryota Murata.

When De La Hoya did fight at 160, he had problems in losing to Hopkins by a ninth-round knockout and winning a controversial 12 round unanimous decision over Felix Sturm.

De La Hoya was beaten up by Sturm, who jabbed him repeatedly with his power jab throughout the fight and looked like the clear winner.

Golovkin hits harder than Sturm and arguably harder than Hopkins, who was more of a technician than a puncher during his career.

I would take GGG. If the only thing GGG has, and it’s a big thing, don’t get me wrong, and knowing Oscar’s ability and if he can get his body where he wants it, GGG has always had and always will, have a punch,” said Hopkins. 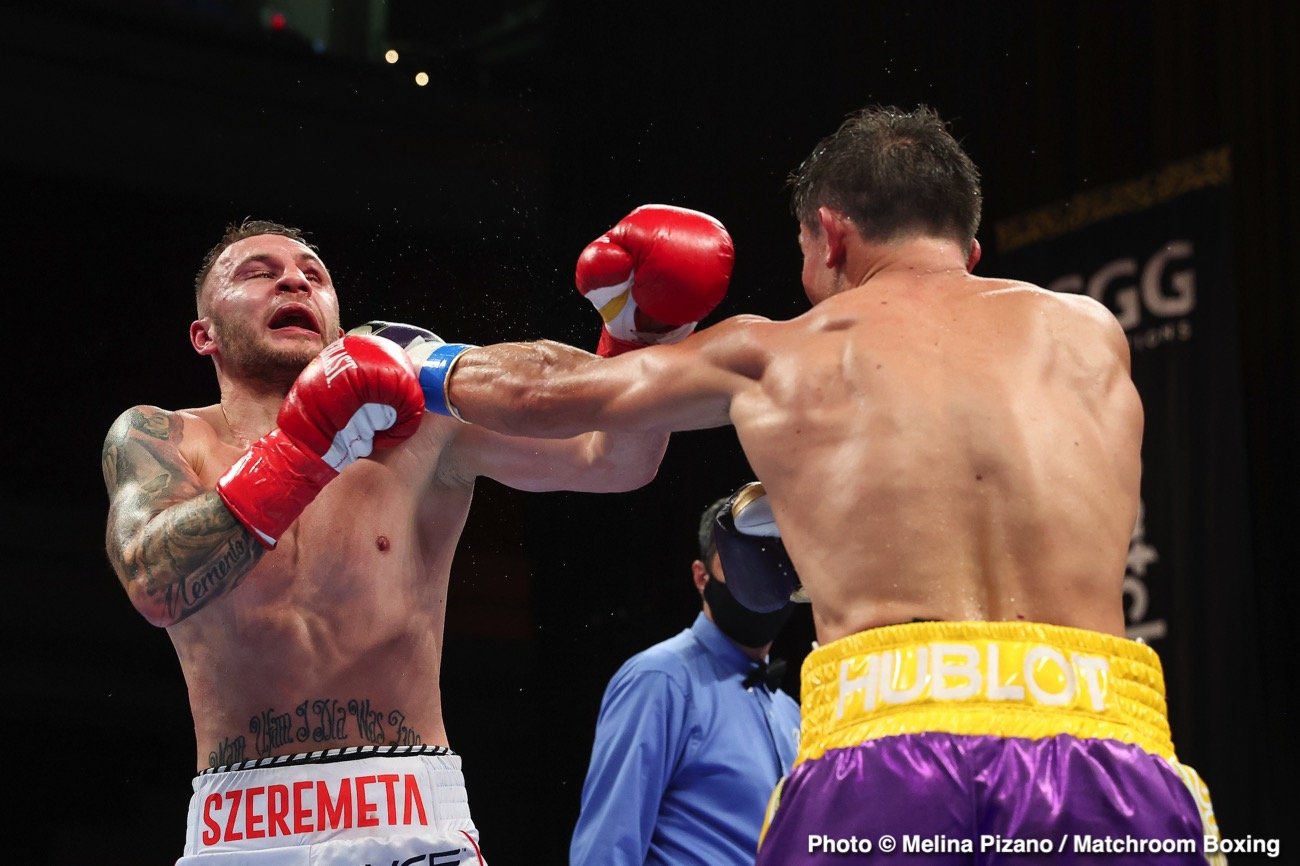 “That is declining, even in his win recently [against Kamil Szeremeta]. Don’t let that fight fool the people that know, but it don’t fool these eyes.

“GGG is a Hall of Famer, no doubt. He’s earned his position. But a smart scene every style, been in there with better talent, can pick the lock and systematically, knowing that if he has the right plan and right condition with all his experience, Oscar wins by a unanimous decision.

“Give GGG a heads up that this fight is going to take place 21 Independence in September. I’m saying that’s what I would want. I would let Oscar know in Texas. Let’s start calling this guy [Golovkin] out for September of 21.

“The build-up, the talk,  the promotion of it. Then you see Oscar slimming down, and you see him doing certain things. Not just media day.

“That’s when you write up for the fight. I’m talking about you’ll be able to give that commercial when those months start dwindling down to September.

“I would like to see that fight before 21 is out, and I say to Oscar if he’s really determined to come back and have to pick a big fight, a dangerous fight for him, to be honest,” said Bernard.

I dn’t know what Hopkins is talking about; Golovkin looked just as powerful in his last fight against Kamil Szeremeta last December as he’s always been.

GGG knocked Szeremeta down three times and looked like a monster with each shot he hit the Polish fighter with.

“If he fights someone else, it doesn’t matter,” said Hopkins about De La Hoya. “But you must find someone that matters because that’s the only reason we’re going to take you serious. 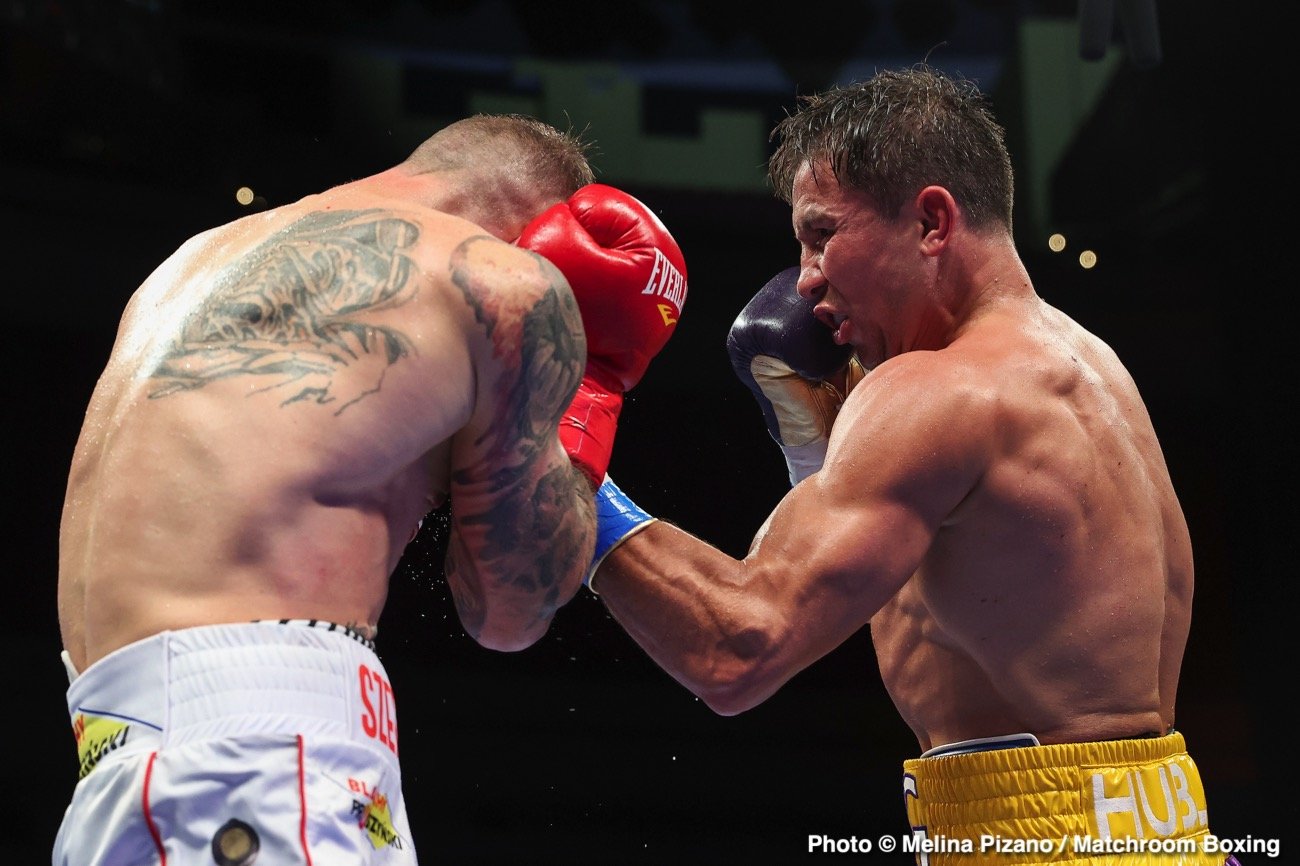 “Fighting GGG is taking you serious, and that’s all that matters. Now he has to get together in his mind and his body to know that he’s going to make history again.

“If Oscar is committed mentally, and if he’s made his peace with himself, that he’s ready. He’s taking on one of the biggest monsters of this era that was knocking people out; then you’re fighting a guy who will have you on your P’s and Q’s.

“I’m not shocked that he’s picking somebody like that has put you to sleep power. It doesn’t make sense to have somebody else in an exhibition.

“This won’t be considered that. As a matter of fact, people will be thinking that Oscar is going to get hurt. Well, that’s the only thing that’s going to motivate him not to get hurt.

“I’ll support the fight. Absolutely,” said Hopkins when asked if he’ll help De La Hoya prepare for Golovkin. “I’ll act like GGG, and I’ll tell him to make sure he touches those ribs.

“Make sure he doesn’t get close enough to where he can hit you before you can hit him,” said Bernard about De La Hoya needing to keep Golovkin on the outside.

“Hold up. He has a new trainer [Johnathon Banks], who I got respect for because of Emanuel Stewart, not because I’ve seen his work for many years.

“It’s because you can’t underestimate a guy that has been taught by a professor [Stewart] in boxing. That played out when GGG fought [Kamil Szeremeta] because you saw a little different style when he had the opponent to do that.

“You can’t test new ideas with the opponent that GGG had. You can do anything that you want to practice on with a [Szeremeta]. I’m not knocking TV.

“Any content is better than none at this stage of the game. That was the right opponent for GGG to do anything that he learned and tried to master that he’s being taught by the new trainer.

“I believe this is the second or first fight if I’m not mistaken. So even on that note, it’s even better for Oscar that he’s still learning what we already know,” said Hopkins.

De La Hoya has got to try something to avoid getting hit by Golovkin, but “turning” him constantly probably won’t work. That’s a trick that’s been tried already against Golovkin, and it’s failed.

De La Hoya can try that. He’ll need to have a good chin to take GGG’s power.

“Bingo. He’s [Golovkin] still learning what we already know,” said Hopkins. “The only thing he’s got to do is take him to school and put the dogbone on the end of the string. 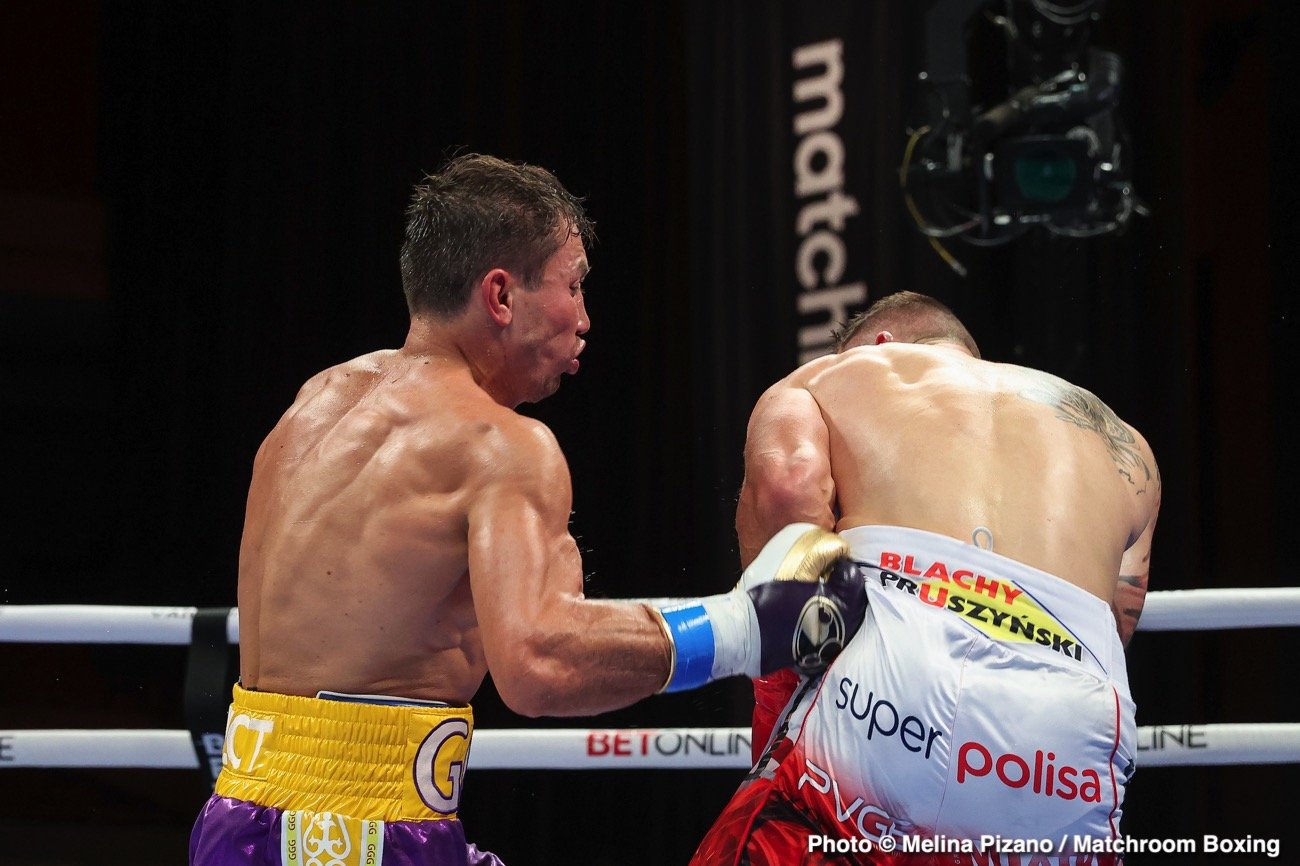 “It’s not official, but I’m putting it out there. Oscar spoke on it first. I’m adding fuel to the fire. So everybody is hearing it, they’re going to let it marinate, and I support it.

“This is more of what I see in the topic, Oscar vs. GGG, is yeah, I support it. If I didn’t support it, I would let him know,” said Hopkins about his hope that De La Hoya faces Golovkin next.

If Hopkins wants De La Hoya to land body shots against Golovkin, he’s going to have to be in the range of GGG’s power punches.

Hopkins could get De La Hoya hurt with his focus on setting up a fight against Golovkin. If anyone who should be coming out of retirement to face Goovkin, Hopkins, who at least fought at middleweight.

Hopkins is 55-years-old and hasn’t fought since he stopped in eight rounds by Joe Smith Jr in 2016.

It’s doubtful that Golovkin would be willing to fight someone as old as B-Hop, and besides that, the fight wouldn’t sell. Hopkins isn’t the start that De La Hoya was during his career.

« Eddie Hearn: Joshua vs. Fury could be signed in 4 weeks