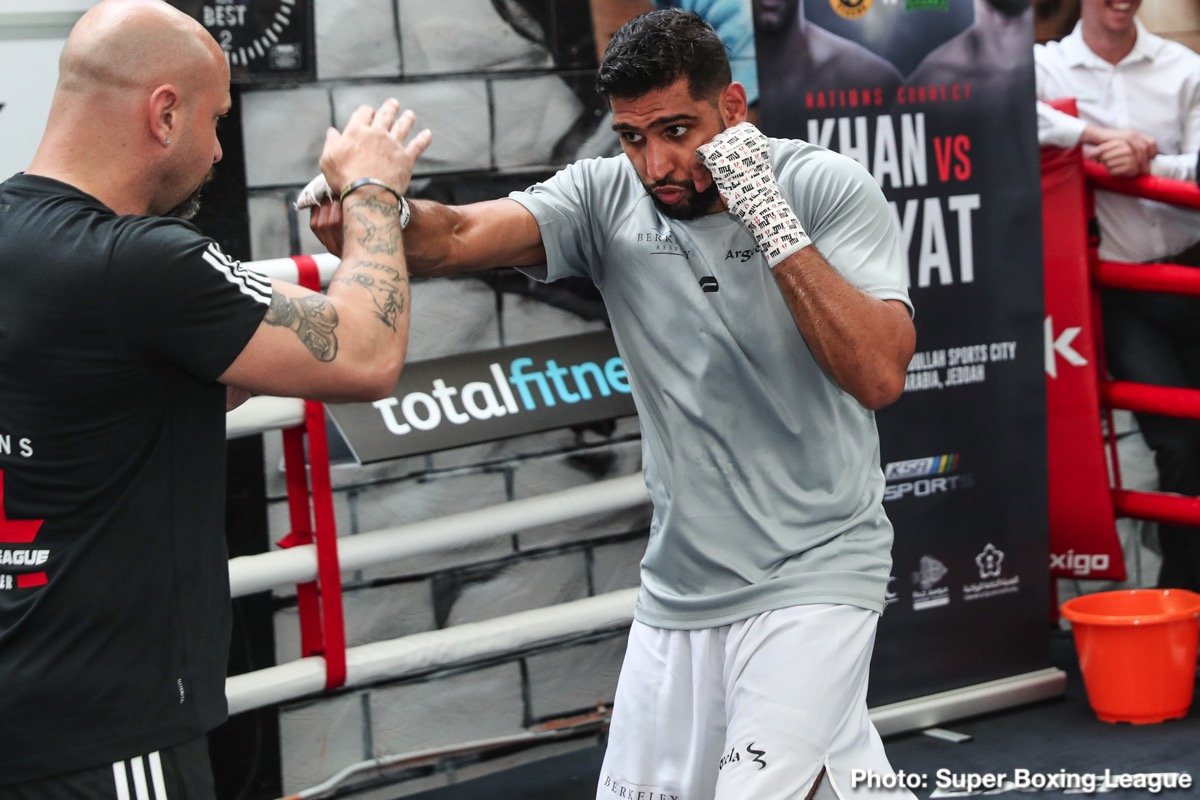 By Jim Maltzman: Eddie Hearn says Amir Khan told him he wants to begin talks for a fight against Kell Brook when he returns from Dubai.

The Matchroom Boxing promoter Hearn notes that Khan didn’t want to fight with the ‘Special One’ when there was a lot of money to be made, but now when the fight isn’t as big, he suddenly is ready to make it.

Hearn says the Khan vs. Brook isn’t as big as it would have been years ago, but it still has value. Is it a coincidence that Khan chose a time with Brook is coming off arguably his worst career defeat?

Some money can be made for this fight on Sky Box Office pay-per-view for the fans that remembered these two once-popular British welterweights.

Hearn made an effort to contact the former IBF/WBA light welterweight champion Khan after hearing that he wanted to fight Brook.

In a recent interview, Khan said that he’s finally interested in facing former IBF welterweight champion Brook after all these years.

Both fighters are 34 and have recent knockout defeats against WBO welterweight champion Terence Crawford. Brook (39-3, 27 KOs0

Khan (34-5, 21 KOs) has delayed the fight with Brook for 15 years, but now the two past it, he finally wants to make the match happen.

“He never wanted to do the fight when there was so much money involved,” said Hean to IFL TV about Khan suddenly showing interest in fighting Kell Brook.

“Now, there’s a lot less money involved, but I’d still like to do the fight. I messaged him the other day, ‘Do you want to talk about it?” He said,

‘Yeah, when I’m back from Dubai. We can have a chat.’ There’s still value in the fight. It’s not as big as it once was, but we’ll see,” said Hearn.

The perception many boxing fans have about the Khan vs. Brook fight now is these two faded fighters are looking to cash-out before retiring. But the fans will still gladly buy the fight because these two will make it interesting during the promotion.

If the fans were willing to purchase the hideously poor fight between Mike Tyson and Roy Jones Jr, they’d have no qualms at paying to see the washed up Khan and Brook fight.

Khan’s chances of winning the fight with Brook are a lot better than they would have been if he fought him eight or nine years ago when he knocked every out and was his best.

Brook’s career went into a rapid decline after being injured in a loss to middleweight champion Gennadiy Golovkin in 2016. Kell has only fought five times since the loss to GGG.

While some boxing fans attribute Brook’s inactivity due to the two eye injuries he suffered against Golovkin and Errol Spence Jr, a more likely explanation is the huge amount of money he made in those fights.

Some fighters lose their ambition after they make a lot of money. Brook could be one of those.