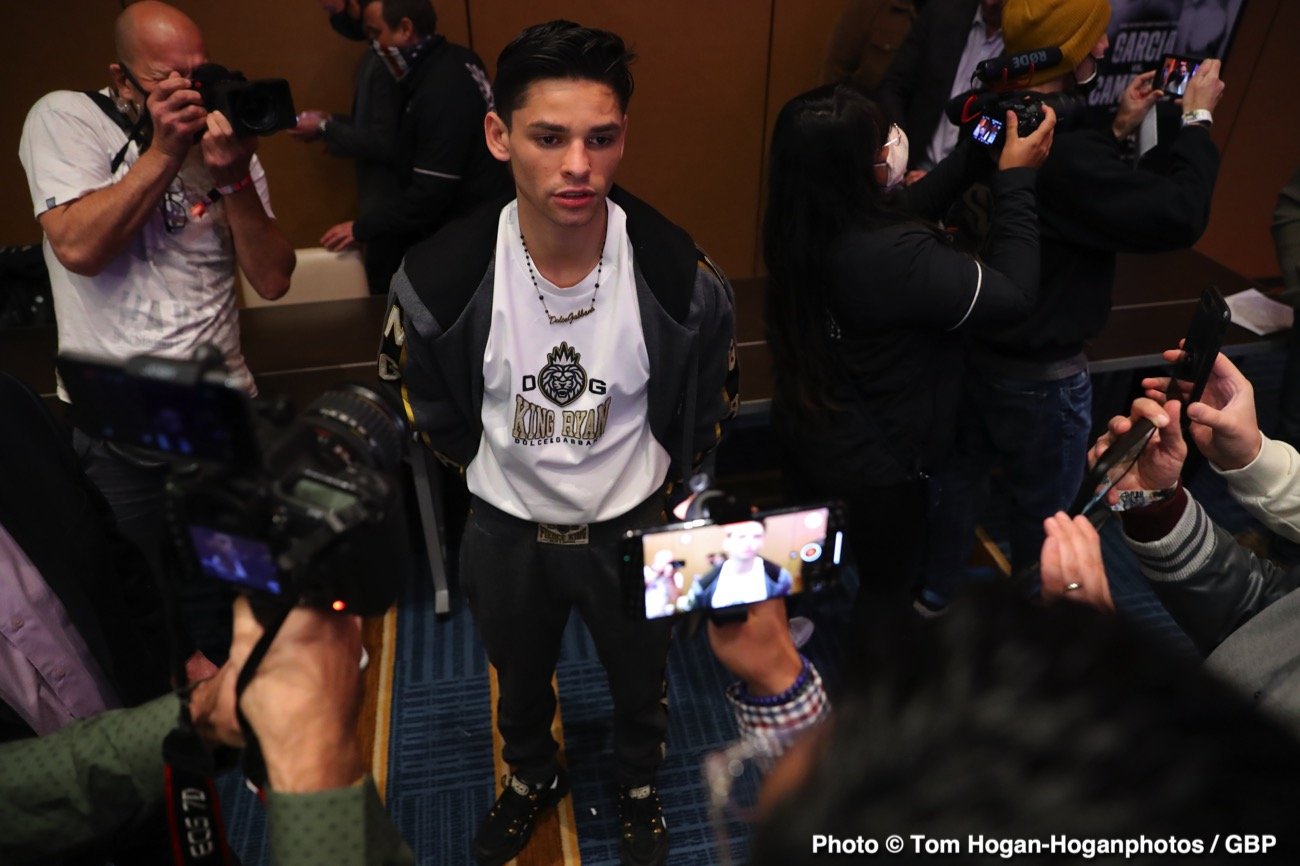 By Brad Slotnick: Oscar De La Hoya says that the lightweight champions all need Ryan Garcia rather than the other way around to increase their popularity and make more money.

Garcia is taking on Luke Campbell (20-3, 16 KOs) this Saturday in a match for the vacant interim WBC lightweight title at the Amerian Airlines Center in Dallas, Texas.

De La Hoya says the unbeaten Garcia (20-0, 17 KOs) is the one that “calls the shots” with the world champions rather than the other way around. That’s interesting because ‘King’ Ryan, 22, is still an unproven contender, and he’s never fought for a world title.

If De La Hoya is correct about Ryan being the one that calls the shots when he eventually fights for a title, it would be a similar situation for when Canelo Alvarez challenged IBF/WBA/WBC middleweight champion Gennadiy Golovkin for his three titles in 2017 in the first of two fights.

Rather than Golovkin being treated as the champion, Canelo was with his name mentioned first in the fight-promotion and walking out second.

The difference between Ryan and Canelo Alvarez is that the Mexican star Alvarez had captured world titles in two divisions by the time he fought GGG the first time.

“If you were to put all the world champions in the street and they walk down the street, nobody knows who they are.

“But if you put Ryan Garcia on the street, people will recognize him. People will know who he is.

“The boxing community obviously knows the world champions, but Ryan Garcia is someone that crosses over to a whole new audience. It’s like the little teenyboppers know him.

“Everyone knows him. Ryan Garcia, the position he’s in now, it’s a very unique one, it’s a special one.

“That’s why I say the world champions need him to gain more popularity, to demand bigger purses. Ryan Garcia is in the position where he calls the shots,” said De La Hoya.

The lightweight champions need Ryan, but it’s questionable whether he can pass this test against Campbell on Saturday. If Ryan beats Campbell, he’ll be locked in for a title shot against WBA champion Gervonta Davis.

Even if Ryan loses to Campbell, he can still get a title shot soon agist one f the champions if he picks up a victory or two.

“It should give him respect,” Oscar said about what Ryan Garcia will gain from beating Luke Campbell. 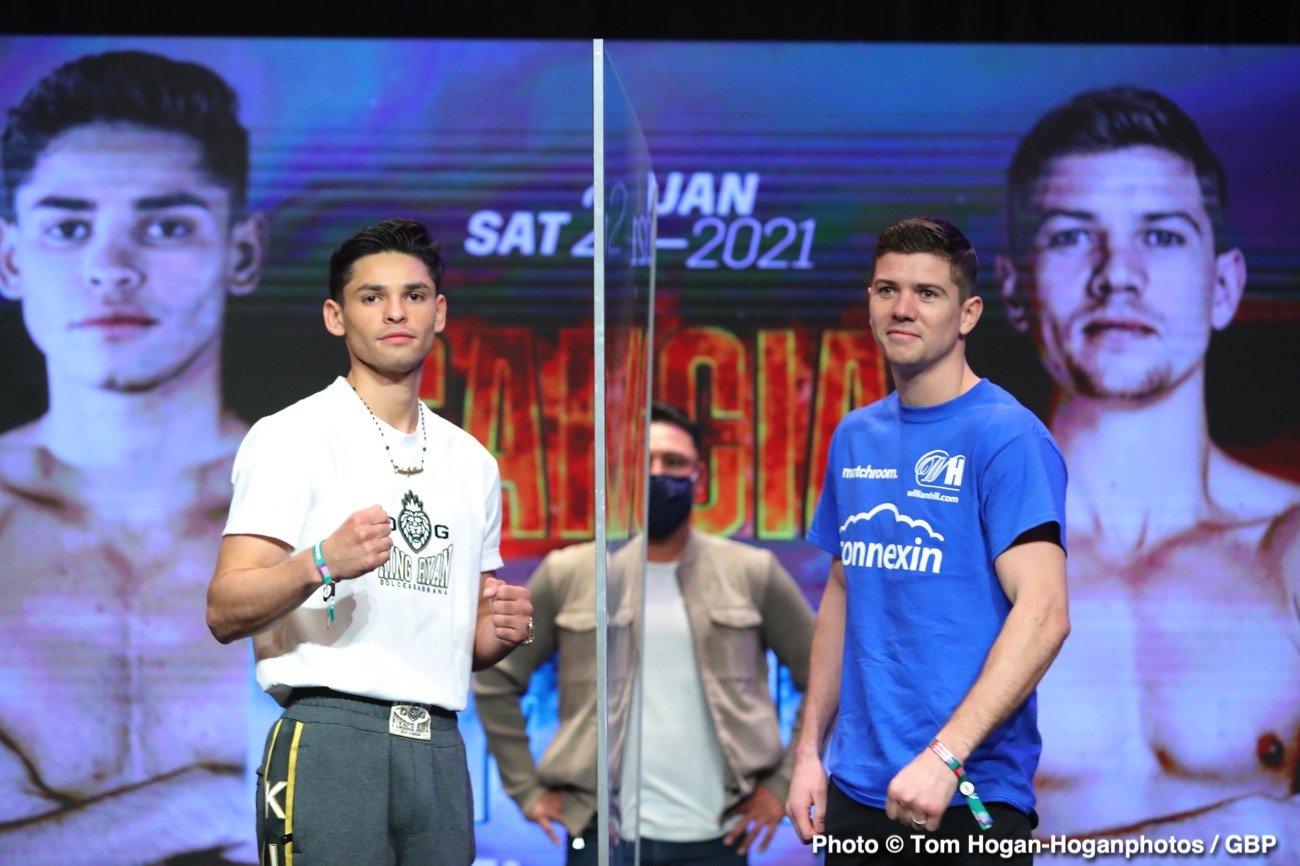 “One thing about Ryan is a lot of people aren’t respecting him in the boxing community because he has so many followers, and people think he’s a social media darling.

“I think it’ll get him respect, but Ryan is in the position where people are going to find any excuse to bring him down.

“That’s his motivation. I think that’s where Ryan is smart. He keeps working within whatever means necessary to keep winning,” De La Hoya said.

De La Hoya is partly right bout Ryan gaining more clout from a victory over Campbell, but it’s not going to be a huge amount. For Garcia to gain the type of respect that De La Hoya is hoping for, he’s going to need to prove that he can beat these fighters:

If Campbell loses to Ryan, it might be the end of the road for him. It would mean that Luke is not going to be able to progress to take on the champions Teofimo Lopez, Devin Haney, and Gervonta Davis.

Campbell isn’t the type to settle for being a mere contender in the 135lb division, and he’s not a big enough puncher for him to move up to 140 to take on the champions in that weight class. 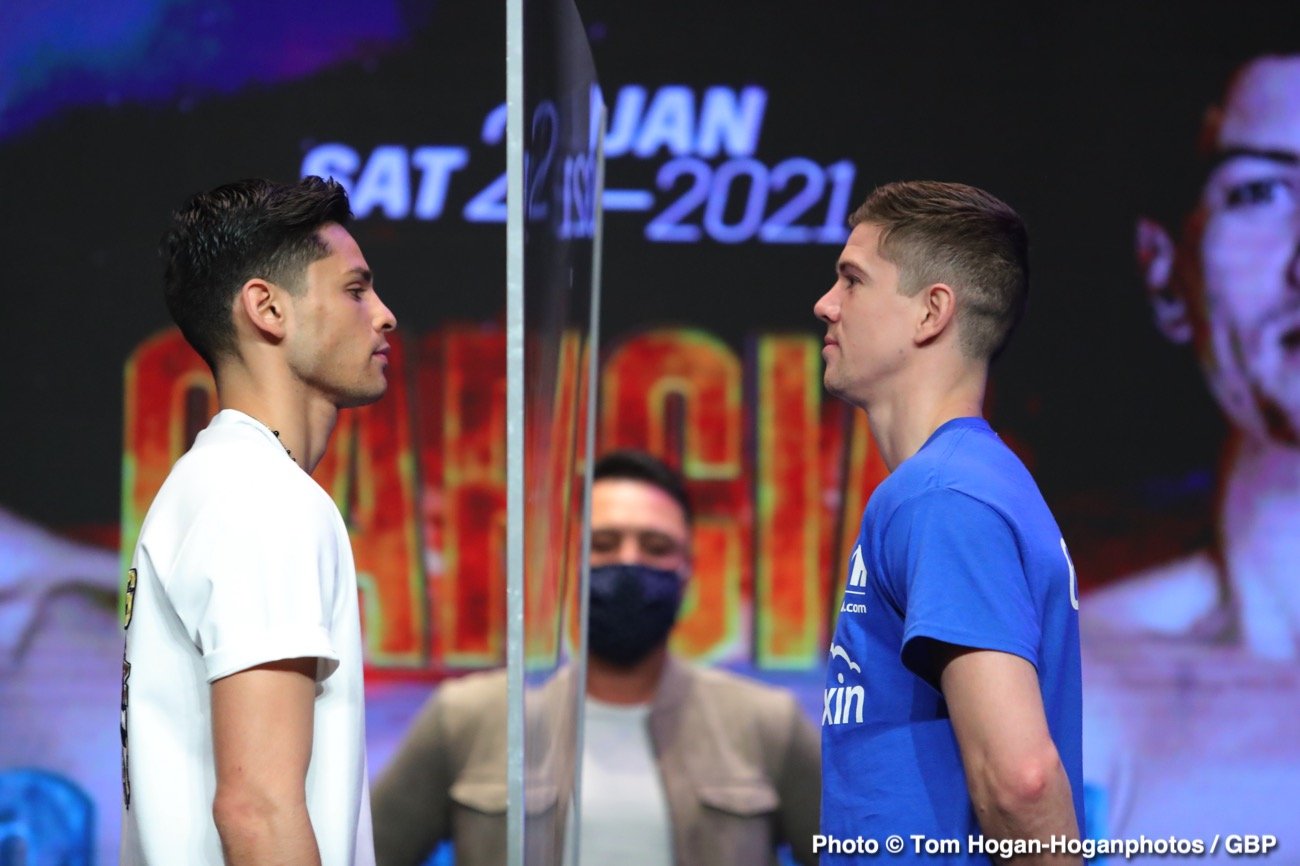 “But he has that it factor, and that’s what makes the difference. Just go do your job. You’ve trained hard enough, you’ve been doing all your work in the gym. You’ve studied him, you feel great.

“‘Just go out there and perform, that’s it,” said De La Hoya. “Yeah, absolutely,” said Oscar when asked if a win for Ryan Garcia over Campbell will elevate him in the boxing community.

A victory for the 22-year-old Ryan should elevate him in the boxing world, but he’ll need to dominate the 33-year-old Campbell. The British fighter has already been beaten three times during his seven-year professional career.

It doesn’t help Ryan that Campbell is coming off a loss to Vasyl Lomachenko in his last fight in August 2019.

The combination of Campbell’s past three defeats and his loss to Lomachenko a year ago puts Ryan in the position where he essentially will need to either knock him out or win a lopsided 12 round decision for him o receive the credit that he wants from fans.