Povetkin not ready, Whyte could face someone else

By Charles Brun:  Eddie Hearn reports that Alexander Povetkin is still recovering from his case of COVID 19 and won’t ready to face Dillian Whyte on January 30th in their tentatively scheduled rematch.

Povetkin needs another four weeks to get his health back before he’ll be ready to fight Whyte again.

Hearn recommends that the recently knocked out Whyte (27-2, 18 KOs) chill out and wait for Povetkin to recover, but he’s being stubborn and insisting on getting back in the ring.

Whyte told Hearn that he wants to fight one of these three big guns:

Those are the three guys that Whyte, 32, wants, and he could be sorry later if Hearn can negotiate a fight with one of them quickly. Whyte could have fought Luis ‘King Kong’ Ortiz years ago when the World Boxing Council ordered an eliminator. Dillian chose not to face Ortiz, and it seems a little late for him to want that right now.

The knockout that Whyte suffered is the kind that someone can have a lingering effect on a fighter, and it could be bad for him to test that theory firsthand.

Hearn has added his own guy, Dereck Chisora, to that list. Chisora (32-10, 23 KOs) wants to fight four times in 2021, and it would be a great headstart for him on the year if he could face Dillian in a trilogy match.

With Whyte coming off of a brutal fifth-round knockout loss to 41-year-old former WBA heavyweight champion Povetkin (36-2-1, 25 KOs) last summer at Hearn’s childhood mansion in the countryside of Brentwood, Essex,

Hearn is in favor of Whyte taking a hard fight

The Povetkin – Whyte rematch was scheduled initially for November 21st and then moved to January 30th.

Hearn isn’t saying what the new planned date is, but you’ve got to figure that it won’t be until the summer if Dillian goes ahead with his idea of facing someone else in early 2021.

“Povetkin does need more time recovering from COVID but not too long. We expect him to have a four-week delay,” Hearn said to Sky Sports News. “I’d love to make Ruiz Jr vs Whyte, Wilder vs Whyte, Ortiz vs Whyte.

“Chisora is always ready. He is another name to throw in the mix. We will be reaching out to other players in the heavyweight division to see if they fancy it,” said Hearn. 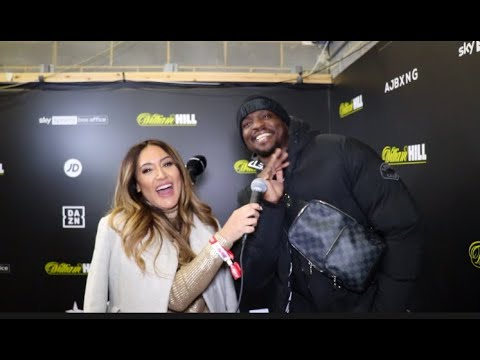 I think I speak for everyone when I say Whyte’s chances of getting a fight against Deontay and Ruiz Jr are zero. Those guys aren’t going to fight Whyte, not because they don’t’ think they can beat him.

Those talented former world champions are hunting for the big game, looking to fight the winner of the Anthony Joshua vs. Tyson Fury mega-bout for all the marbles. Fighting Dillian would be a nothing match for Wilder and Ruiz because he’s coming off of a knockout loss to Povetkin.

“So I said to him: ‘I think you should wait [to fight Povetkin],'” said Hearn about what he told Whyte.

Hearn is 100% correct by saying that Whyte needs to wait for Povetkin to take that fight next. The fact that Whyte is looking to gamble suggests that he feels he knows better than Hearn, and that’s not a good thing.

When a fighter overrides what his promoters are telling them to do, nothing good can come of it.

Whyte should let Hearn do his job by protecting him, seeing that he already blew it once by taking the Povetkin fight rather than waiting until early 2021 to take advantage of his WBC mandatory status.

If Whyte loses his next fight, his career as a UK pay-per-view fighter could be in the dustbin, and he’ll only have himself to blame for it.

Golovkin warns De La Hoya what could happen to him »