Manny Pacquiao impressed with Spence, wants to fight him

By Sean Jones: Manny Pacquiao was reportedly impressed with IBF/WBC welterweight champion Errol Spence Jr after watching his victory over Danny Garcia last weekend, and he’s interested in a fight with him.

Kevin Iole of Yahoo Sport says he talked to Sean Gibbons of MP Promotions, who let him know that Pacquiao liked what he saw of Spence (27-0, 21 KOs), and is interested in facing him.

Spence slugged it out with Danny Garcia (36-3, 21 KOs) in winning an entertaining 12 round unanimous decision last Saturday night at the AT&T Stadium in Arlington, Texas.

WBA welterweight champion Pacquiao (62-7-2, 39 KOs) is the fight that Spence’s management at Premier Boxing Champions [PBC] will be attempting to make next for the summer of 2021.

Spence is arguably the biggest payday that Pacquiao, 41, can get at 147, and he’s going to need to decide soon if he’s willing to take this test. There’s no one else that Pacquiao can face to make the kind of money that he’ll get facing Spence.

Pacquiao last fought in July of 2019, beating WBA welterweight champion Keith ‘One Time’ Thurman by a 12 round split decision.

Just spoke to @KnuckleheadSean of MP Promotions. He said Senator @MannyPacquiao said he was impressed and thought Spence look good. Still has the fire to fight in 2021 and would like to take on Spence.

Spence is the only fight that makes sense for Pacquiao if he’s to return to the ring in 2021, as he’s not going to make the same kind of money against WBO welterweight champion Terence Crawford.

Top Rank boss Bob Arum, the promoter for the unbeaten Crawford (37-0, 28 KOs), will be looking to negotiate a fight with Pacquiao for early 2021.

Spence is a proven pay-per-view attraction, which is what Pacquiao needs for his next fight to make massive money. Unfortunately, Crawford hasn’t shown the money-making ability of Errol.

Further, Crawford’s fighting style would be a less compelling one for Pacquiao than the all0action come-forward style Spence uses for his fights.

Spence made the right calculated decision to go war against Danny Garcia rather than boxing him from the outside, as many fans felt that he should have done. The fight was all action for 12 rounds and a give and take the old fashioned battle type.

Winning a dull boxing match would have arguably hurt Spence’s chances of getting a match against Pacquiao.

Spence threw a lot of punches in beating Danny Garcia, and he also got hit a lot. Overall, it was an entertaining fight, and it was the type of toe-to-toe battle that Pacquiao has always liked. 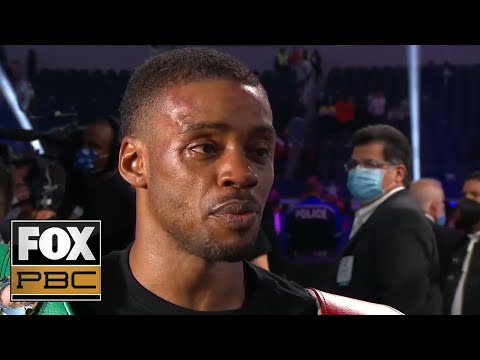 Shawn Porter expects to fight Spence or Crawford next »