David Benavidez: Canelo Alvarez never mentioned me when I had WBC 168-lb title 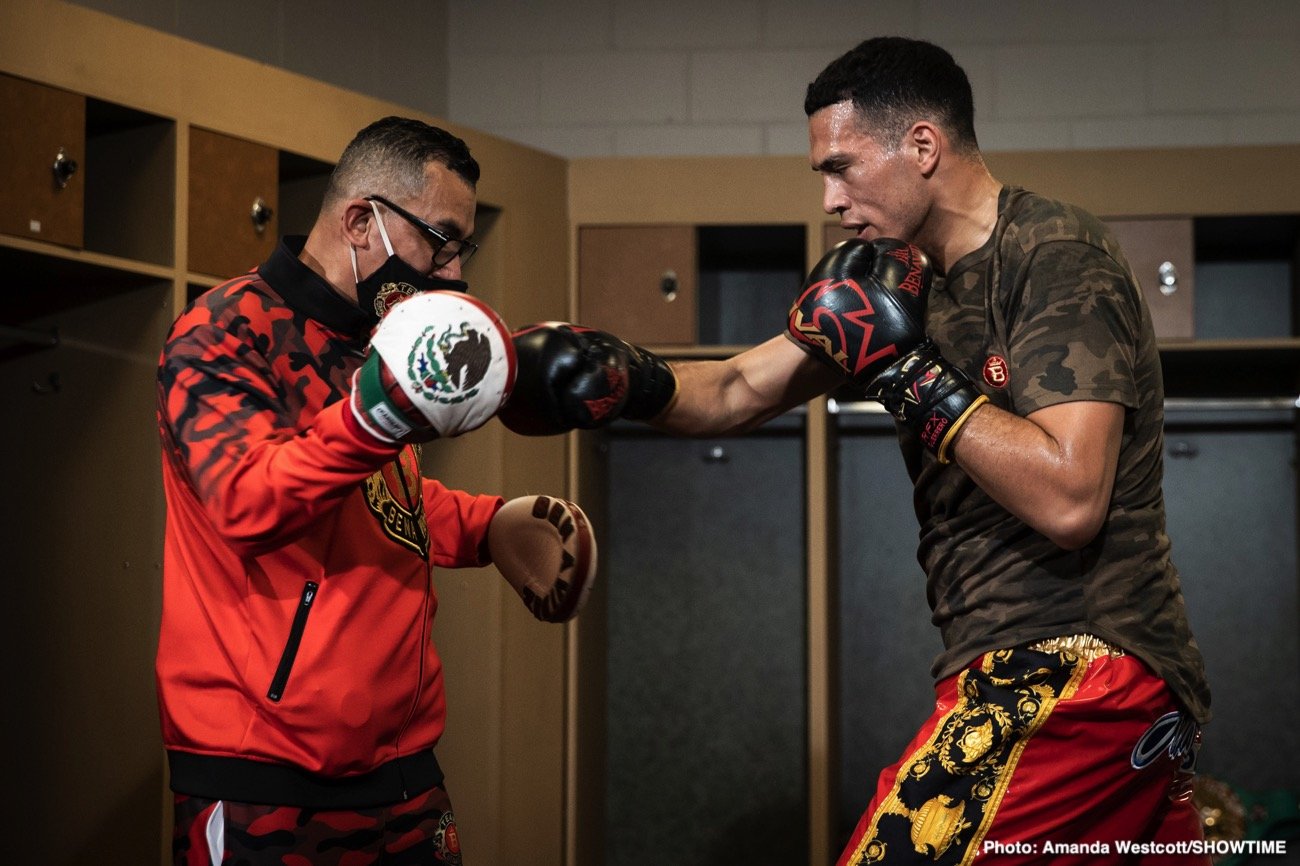 By Sean Jones: David Benavidez believes that Canelo Alvarez fears him and chose not even to mention wanting to challenge him when he held the WBC super middleweight title for three years from 2017 to 2020.

It was after Benavidez (23-0, 20 KOs) lost his WBC 168-lb belt that Canelo showed interest in fighting for the belt. Canelo wanted no part of fighting for the WBC 168lb strap when it was in Benavidez’s possession.

Indeed, Benavidez wanted Canelo to challenge him for his belt during the three years that he had it, but he never took him up on the offer.

Alvarez asked the World Boxing Council to allow him to fight for the title, and they agreed and put the title at stake for his fight last Saturday night against WBA super middleweight champion Callum Smith on December 19th.

Benavidez, 24, is hoping to get a fight against Canelo, but he’ll need help from the WBC to have them order Canelo to defend against him because he’s likely to ignore him just as he did when David held the belt. 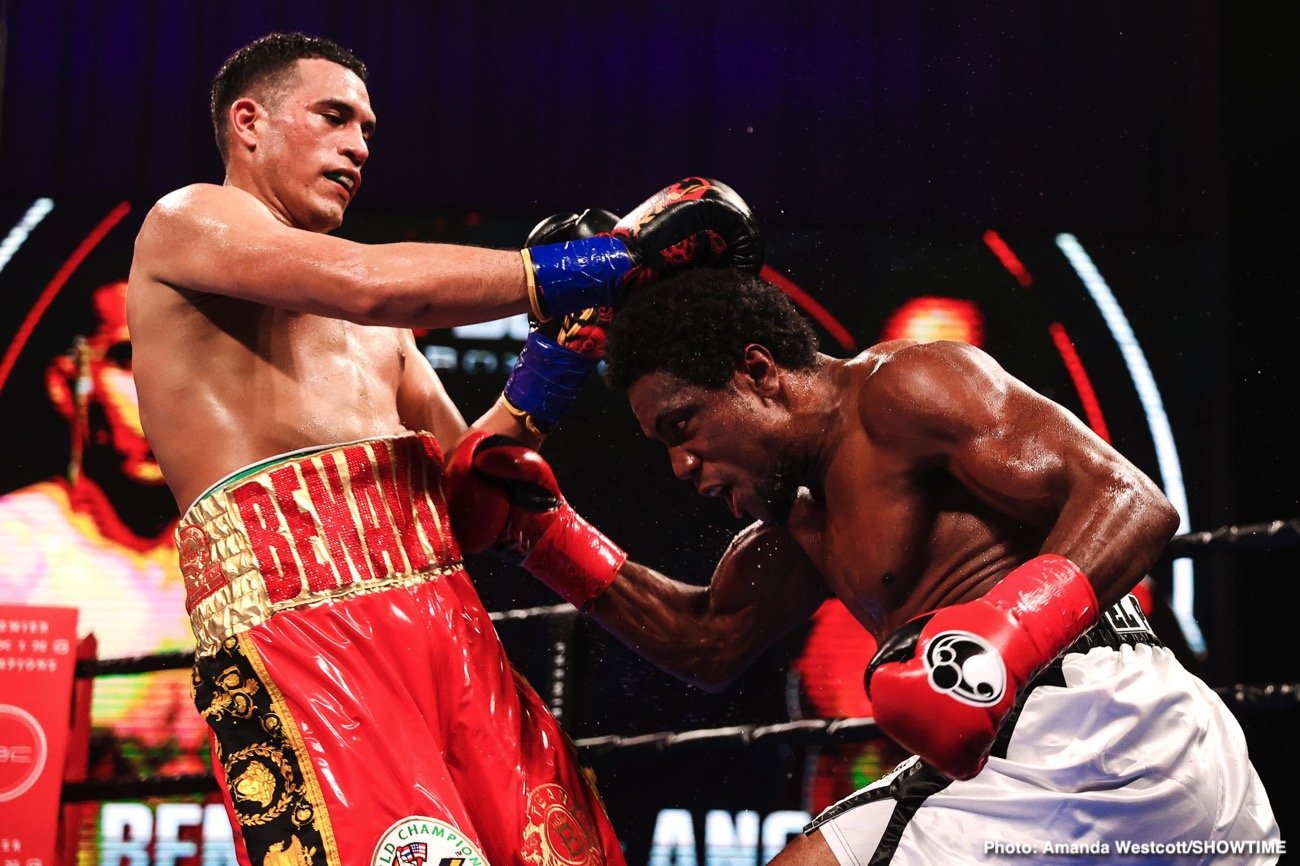 Benavidez: I’m a threat to Canelo

“When I had the title, you know, Canelo never mentioned me, there was never even talks about me fighting with Canelo,” said Benavidez to Fighthub. “But everybody in super middleweight, all the champions at super middleweight they got the call, they got some form of communication from him. I never got anything at all,” Benavidez said about Canelo.

NEWS:   Canelo not committing to Bivol rematch next after Golovkin trilogy

Alvarez has been arguably strategic in the two fights he’s taken since moving up to 168. Rather than fight Benavidez, Canelo targeted two British fighters in Rocky Fielding and Callum Smith.

“There’s a reason I wasn’t mentioned in that. It’s because I’m a big threat, and everybody knows that,” said Benavidez.

Canelo will need to face Benavidez sooner or later if he plans on staying at 168 for the rest of his career.

Alvarez can’t avoid Benavidez forever without it being noticeable, and boxing fans are already asking questions about why he didn’t fight him a long time ago.

This writer noticed eons ago that Alvarez wasn’t mentioning Benavidez’s name when he talked about different guys he wanted to fight at 168.

After Canelo gets done unifying the 168lb division in beating Billy Joe Saunders and Caleb Plant.

168 will continue to be Benavidez’s division

“I’m going to keep trying to make 168 until I can’t no more, and I feel like with a good diet and the right workouts and everything, I can make 168,” Benavidez’s continued. 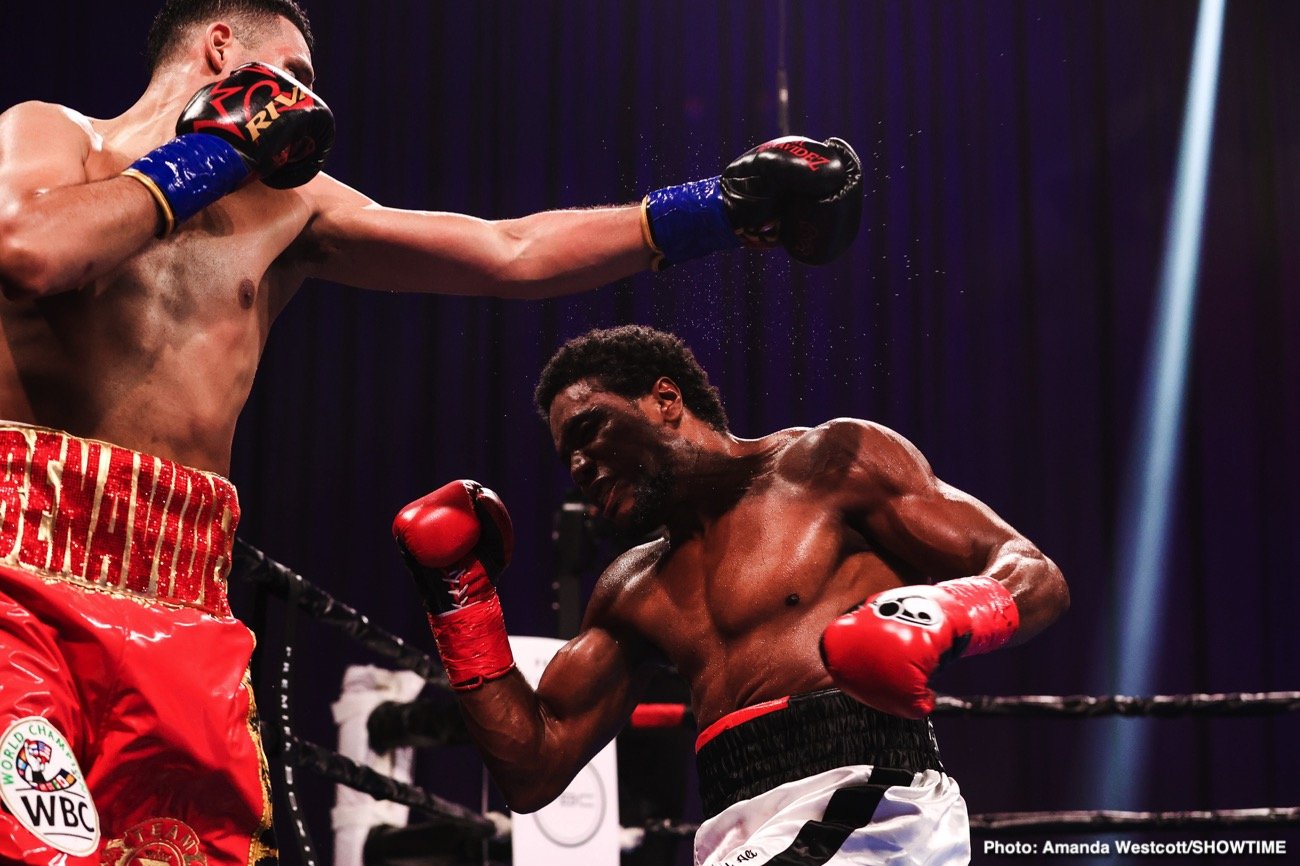 If Benavidez doesn’t go anywhere, Canelo will need to face him at some point. As Benavidez says, he should be fighting him now because he’s going to get a lot better as he gets older.

If Canelo waits four or five years before he faces Benavidez, he’ll be too old. Canelo is 30 now, and he’s going to have problems if he waits until he’s 34 or 35 before facing Benavidez.