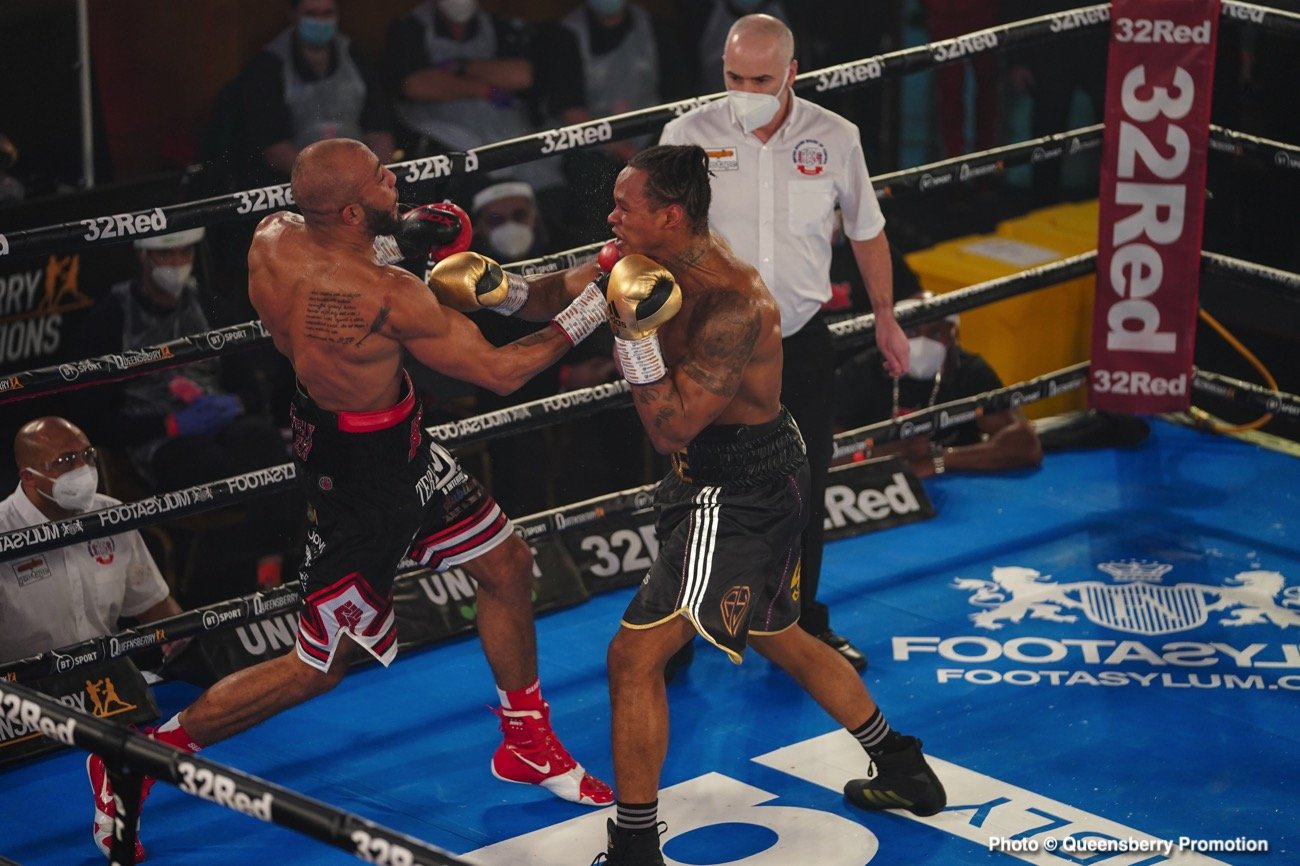 By Charles Brun: In a long-overdue move, Anthony Yarde revealed on Saturday that he plans on sitting down with his trainer/manager Tunde Ajayi to discuss his future after having lost earlier this month to Commonwealth light heavyweight champion Lydon Arthur.

Many boxing fans have been saying that Yarde needs to dump Tunde already and get a quality trainer that can help him improve his game.

If Yarde changes trainer now, it’s questionable whether he can improve enough for him to become a major player in the 175-lb division.

I mean, Yarde has the punching power to be a top fighter, but he lacks the boxing skills that the top fighters like Artur Beterbiev and Dimitry Bivol possess. 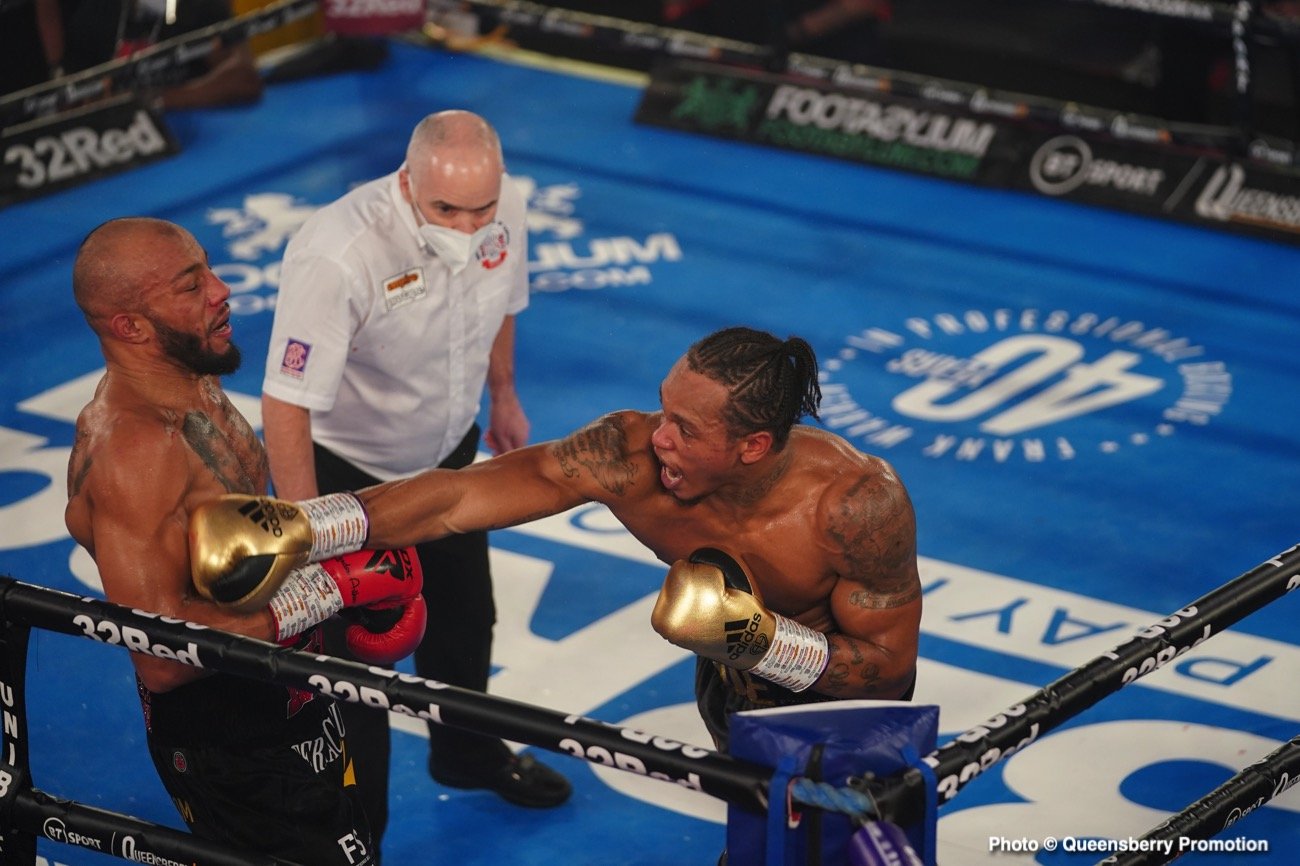 Yarde (20-2, 19 KOs) isn’t saying whether he’ll be parting ways with Tunde to find a new trainer, but he’ll be making a decision on what direction he’ll go in.

Arthur (18-0, 12 KOs) embarrassed Yarde by beating him with just a jab and rarely threw any right hands in the fight. He beat Yarde by a close 12 round split decision in Westminster.

If Yarde had pressed even a little bit in the early going, he would have won the fight, but he looked confused and clueless. Yarde, 29, looked like he had no understanding of how to get past Arthur’s jab, which was weak.

After the fight, Arthur revealed that he had a right-hand injury, which explained why he used his jab the entire fight. Arthur beat Yarde by the following scores:

The defeat for Yarde was his second of his career and a signal that he needs to make a major change.

In Yarde’s first career loss against Sergey Kovalev in August 2019, he was competitive with him. Kovalev took advantage of Yarde running out of gas in the later rounds to stop him in the 11th.

Yarde should have made the move of getting a new trainer five years ago when he first turned pro because he’s got so much to learn in a short period of time.

It would be better for Yarde to get a good American trainer like Freddie Roach. It’s pointless for Yarde to stay in the UK to train because there aren’t any outstanding light heavyweights in the country right now. 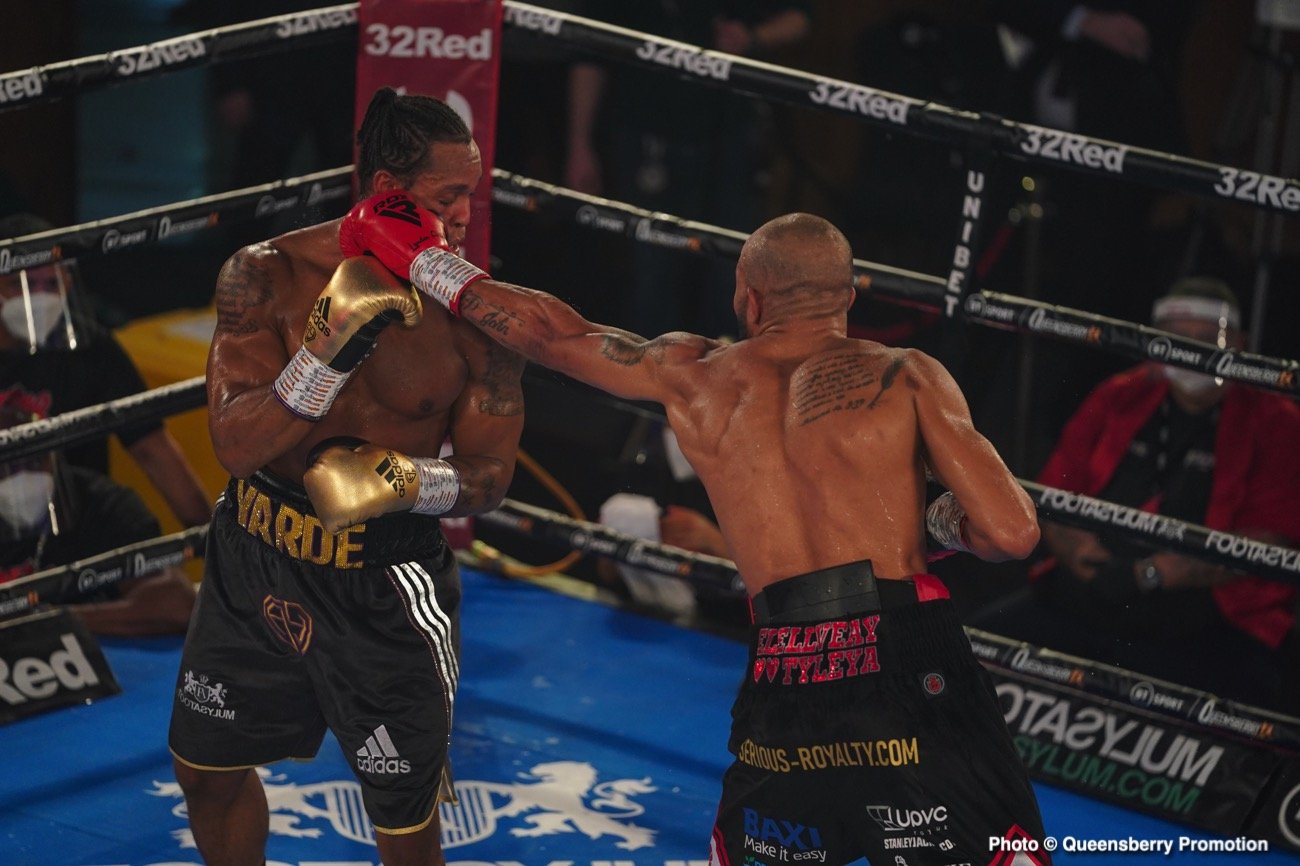 If Joe Calzaghe were willing to train Yarde, that would be someone to consider. Other than him, Yarde needs to travel to the U.S to find a good coach.


« David Benavidez: Canelo Alvarez never mentioned me when I had WBC 168-lb title