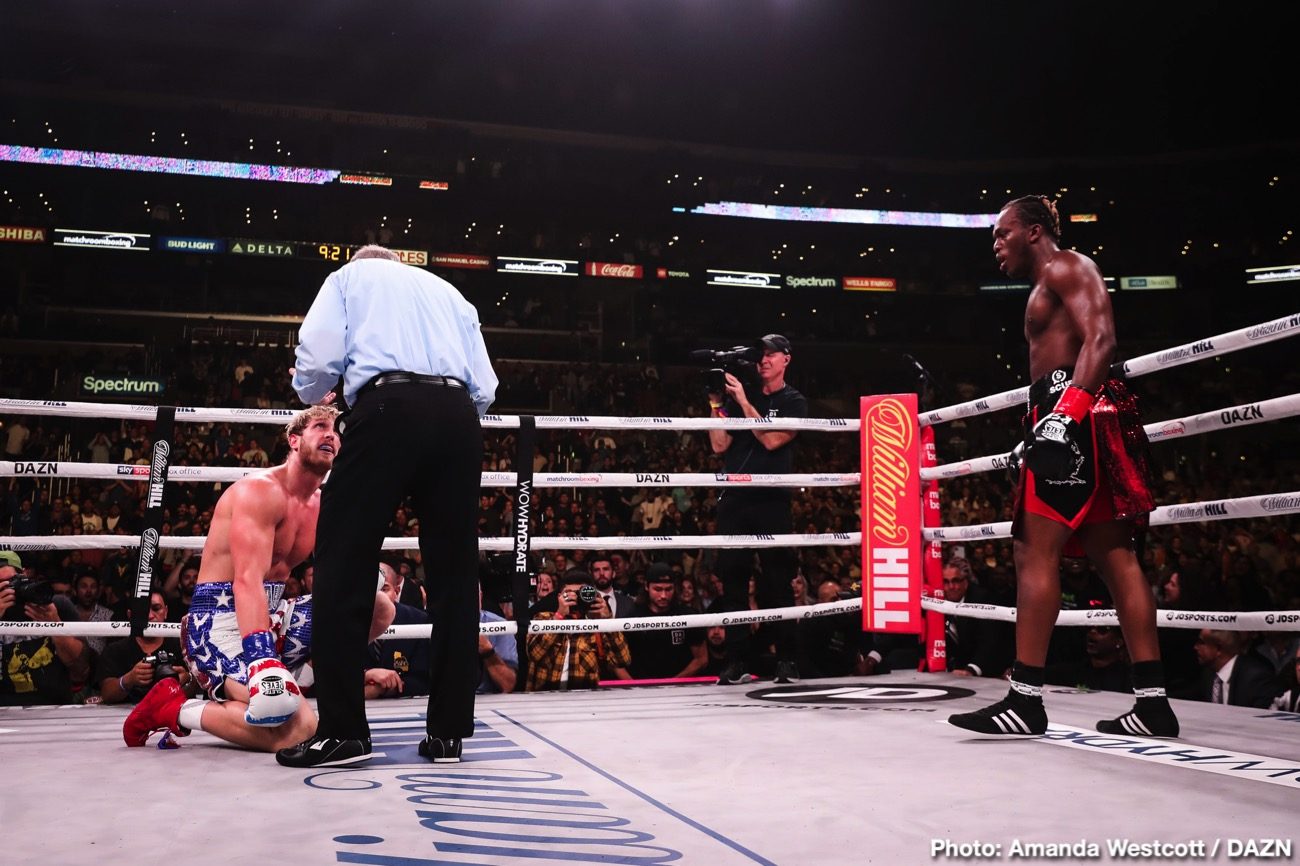 By Allan Fox: Dana White of the UFC is amused by Floyd Mayweather Jr’s choice of opponent in selecting YouTuber Logan Paul to fight an exhibition against on pay-per-view on February 20th.

White views Mayweather’s fight against the recently beaten Paul (0-1) as indicative of the state of boxing right now. Dana quite rightly points out that Logan Paul, 25, lost his pro debut to fellow YouTuber KSI in 2019, and now he’s facing Mayweather in an exhibition.

In other words, Mayweather is making a joke of the sport of boxing with his fights against over-matched opposition and charging fans to watch these mismatches.

Mayweather’s exhibition fight against Logan Paul will be selling for $69.99 for fans that purchase the event on pay-per-view beginning on February 11th for the February 20th match. 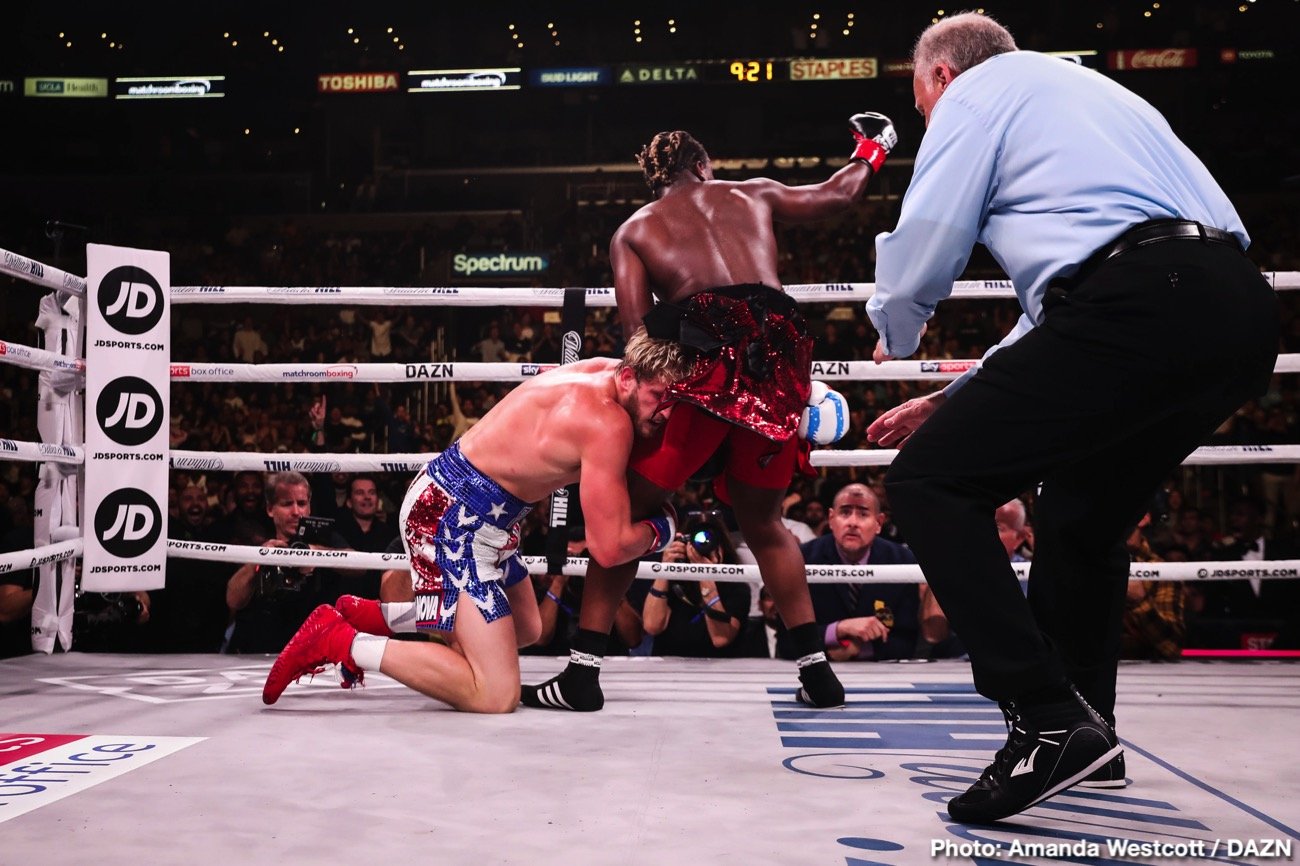 “When people ask me, ‘What’s the state of boxing right now?’ That’s where it’s at. Didn’t that kid [Logan Paul] get beat up by the f***ing video game kid [KSI] from England and now he’s going to fight Floyd Mayweather?” said Dana White to the @NelkBoys.

Logan Paul didn’t get beaten up by KSI, but he definitely lost to him by a six-round split decision a year ago on November 9th. The fight wasn’t even reportedly entertaining to watch, though, as Logan looked exhausted almost immediately, and KSI was throwing wild windmill punches that mostly missed by a mile.

Although KSI had an advantage in hand speed, his coordination and punch accuracy was woeful. It was like watching someone fight with their eyes closed. Even with Logan Paul standing directly in front of him, a big muscular lump, KSI was still missing badly.

Both fighters looked terrible, and it was unwatchable. That’s why it seems incredibly odd that Mayweather would pick Logan for his next exhibition match rather than someone not coming off of a loss.

It’s obvious why Mayweather selected Logan Paul though as his opponent because of his huge social media following. 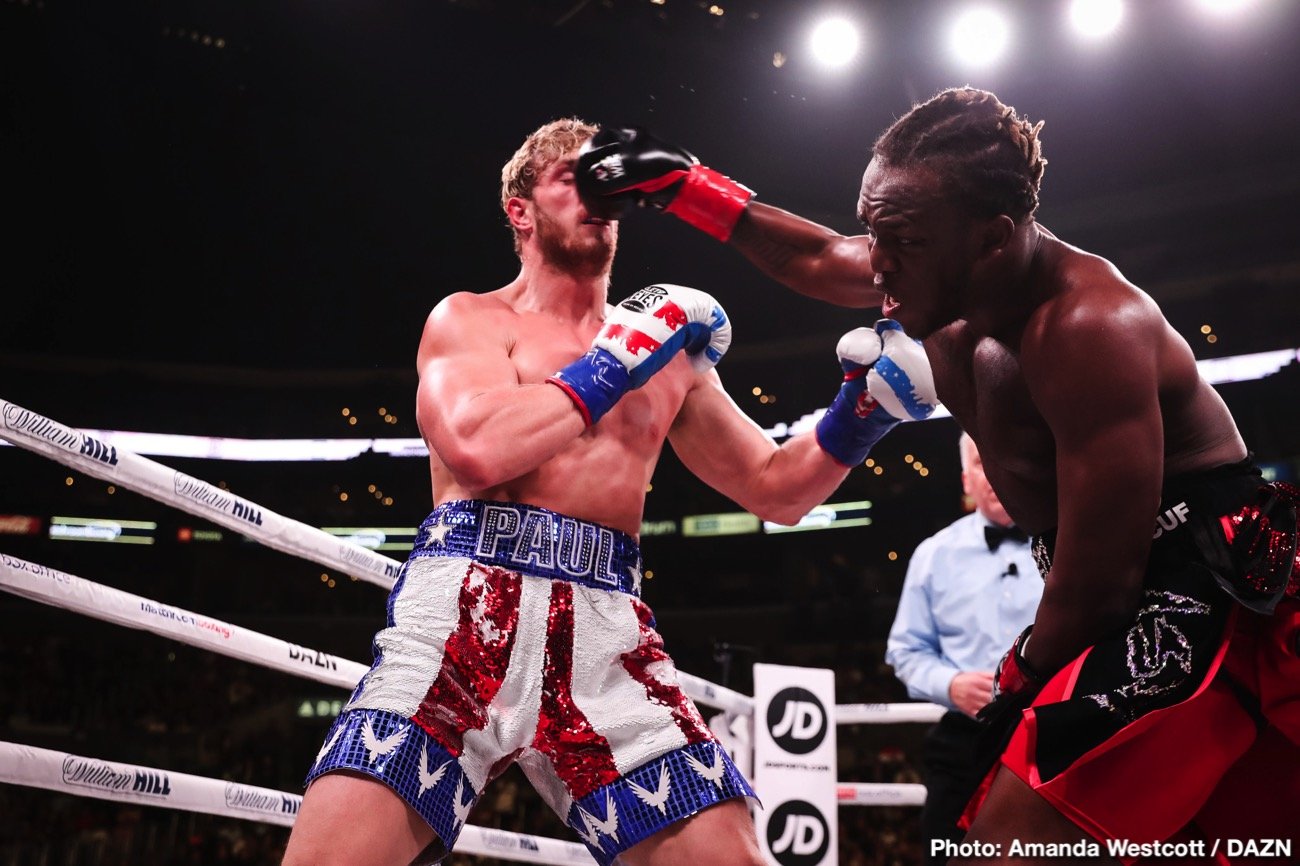 With that many loyal fans following Logan Paul, Mayweather doesn’t even need the boxing public to purchase the exhibition match on pay-per-view for it to bring in a huge amount of money.

Logan’s followers, many of them you teenagers, will purchase it just to watch him, and not necessarily Mayweather.

The potential good that can come of it is the possibility that some of these people may become boxing fans, and strengthen the sport.

If top fighters from boxing realize that they can make more money fighting popular YouTube celebrities in exhibition matches, then this is the type of event that will be continually shown on PPV.

The next effect would be people viewing boxing as a joke sport, and something not to be taken seriously as other sports like the NFL and NBA. 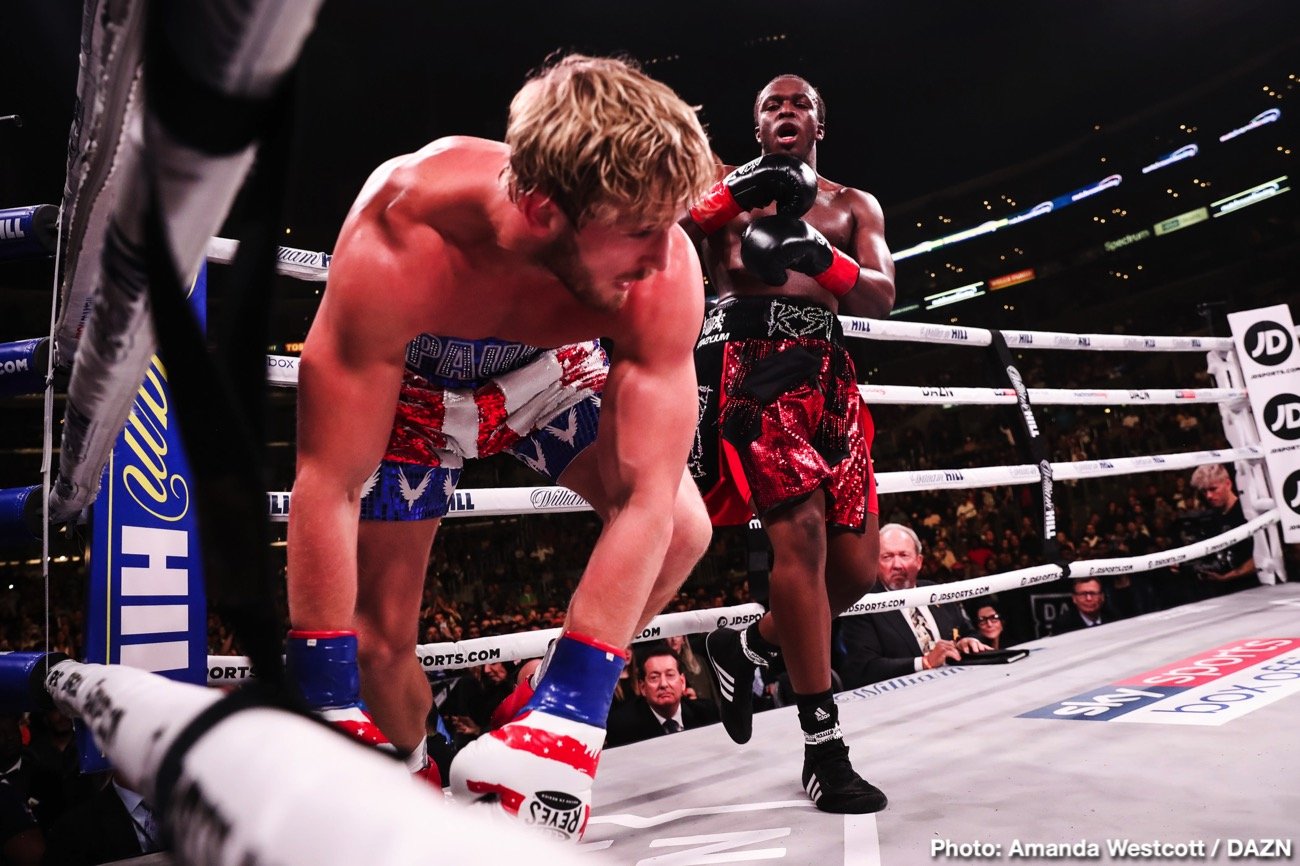 Can you imagine a top NBA team like the Los Angeles Lakers taking on a bunch of YouTube celebrities in a basketball game and selling it on PPV? You can argue it would hurt the sport, and that’s something that could happen in boxing.

« Shawn Porter expects to fight Spence or Crawford next

Liam Williams Out To Show Middleweight Division Who’s The Boss »