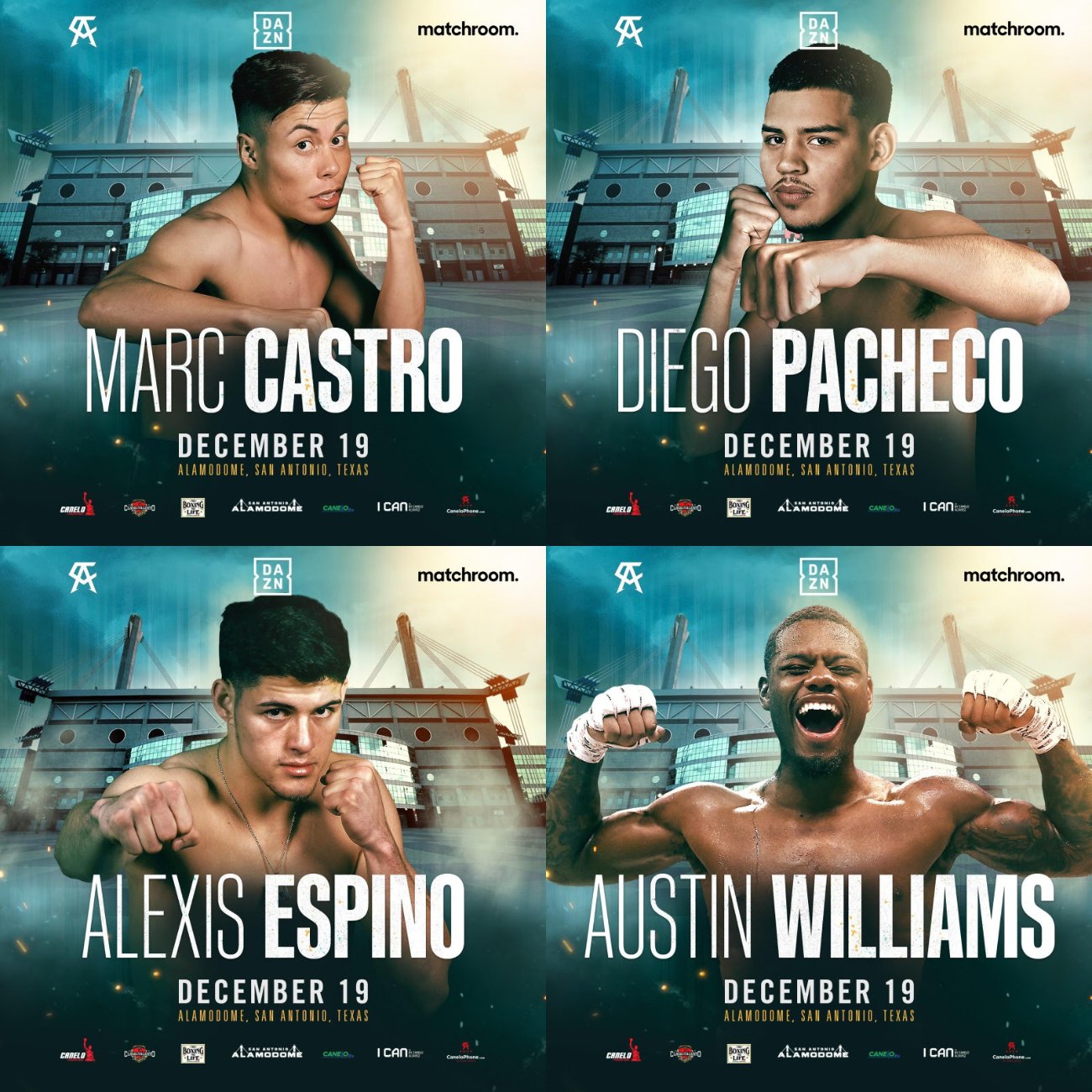 Marc Castro, Diego Pacheco, Alexis Espino, and Austin Williams will perform on the biggest of stages on the undercard of the World title clash between Canelo Alvarez vs. Callum Smith at the Alamodome in San Antonio, Texas on Saturday, December 19, live on DAZN in 200+ countries and territories worldwide and TV Azteca in Mexico.

The third time lucky for Castro as the amateur sensation makes his professional debut after false starts in Tulsa and Florida. The Fresno talent amassed a 177-7 record in the amateur code and won countless titles worldwide, and now the 21-year-old will finally step through the ropes, having missed out in Oklahoma due to COVID and in Hollywood with an ankle sprain.

“It’s been a crazy year, but I’m ready to get my pro career started on one of the best cards of the year, God willing,” said Castro. “The positive COVID result and the ankle injury were just little setbacks that I have fully recovered from, and I cannot wait to get started in the pros on December 19.”

Pacheco (10-0 8 KOs) moved into double figures in Mexico City in October with his eighth stoppage win – and the powerful and rangy teen takes another big step on his pro journey, with his first eight-rounder against Rodolfo Gomez Jr (14-4-1 10 KOs) in Texas.

“I’m pleased and excited that I get to close out the year on the biggest show of the year,” said Pacheco. “I’m moving up to eight rounds, which is exciting for me, and I really hope I can push on and on from here into 2021.” 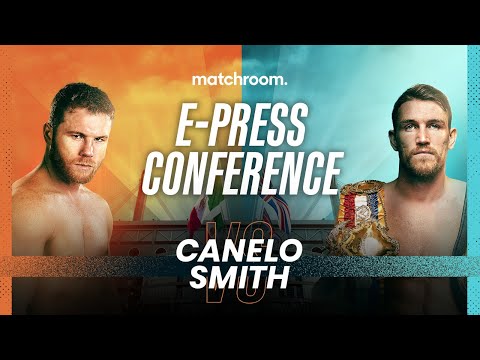 Espino (6-0 4 KOs) completes the trio of Mexican-American Matchroom talents on the card, and the 20-year-old will fight for the seventh time in the paid ranks in Texas against Ashton Sykes (5-3 1 KO) and for the first time since fighting in the Lone Star state in February.

“I’m so excited for the opportunity to be on the biggest card of the year,” said Espino. “I’ve been working harder than ever, and I’m ready to put on a great show.”

‘Ammo’ Williams (6-0 5 KOs) recorded his fifth KO win from six pro-outings in Mexico City alongside Pacheco. The Houston native faces Isaiah Jones (9-3 3 KOs) in his home state for the second time, having fought in Arlington in June 2019.

“2020 was the toughest and most unexpected year of my life,” said Williams. “I was tested mentally, physically, and emotionally but I overcame all my trials! Now I get to put a guy to sleep on the biggest card of the year! Hard work, faith, and dedication always pay off!”