By Mark Eisner: In a one-sided performance, WBO super middleweight champion Billy Joe Saunders (30-0, 14 KOs) put on a boxing clinic on Saturday night in defeating the past his prime Martin Murray (39-6-1, 17 KOs) by a lopsided 12 round unanimous decision at the Wembley Arena in London, England. 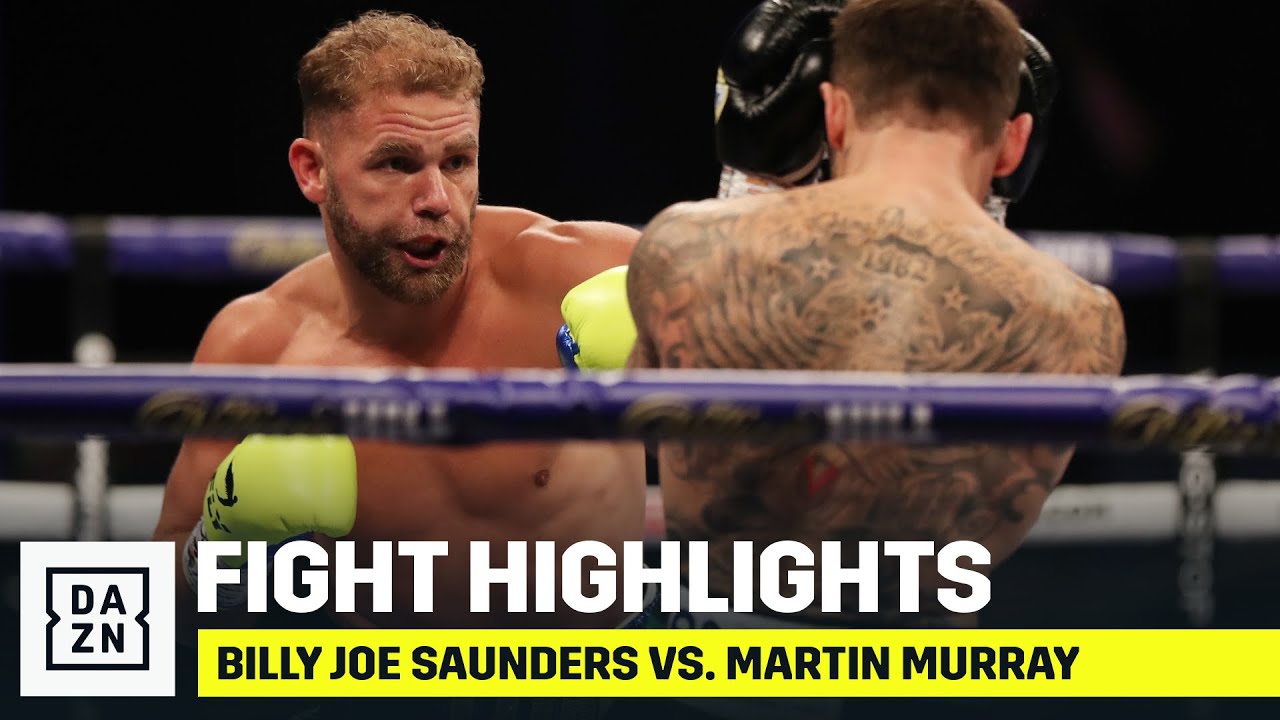 Saunders, 31, got away with a lot of fouling with low blows, rabbit punches, and the use of the head. The stuff that Saunders was doing with his head should have led to him being docked points.

If Saunders is going to fight Canelo Alvarez in the U.S, he’ll need to change his tactics because he’ll get disqualified if he uses his head as much as he did tonight.

Murray, 38, was beaten to the punch the entire night and took a lot of punishment. Like in Murray’s past losses, he spent too much time hiding behind his guard.

“It was a clear knockdown. I’m not a moaner. It was definitely a knockdown, watch the replay.”

Saunders actually pulled Murray to the canvas by hooking his head in the 5th round to cause him to fall. It was obvious, but you can understand why Saunders would mistakenly think it was a knockdown.

“Let’s make these big fight happen,” Saunders said. “They have to be unification fights. Everyone wants Canelo. That’s the fight in the New Year that I want.” 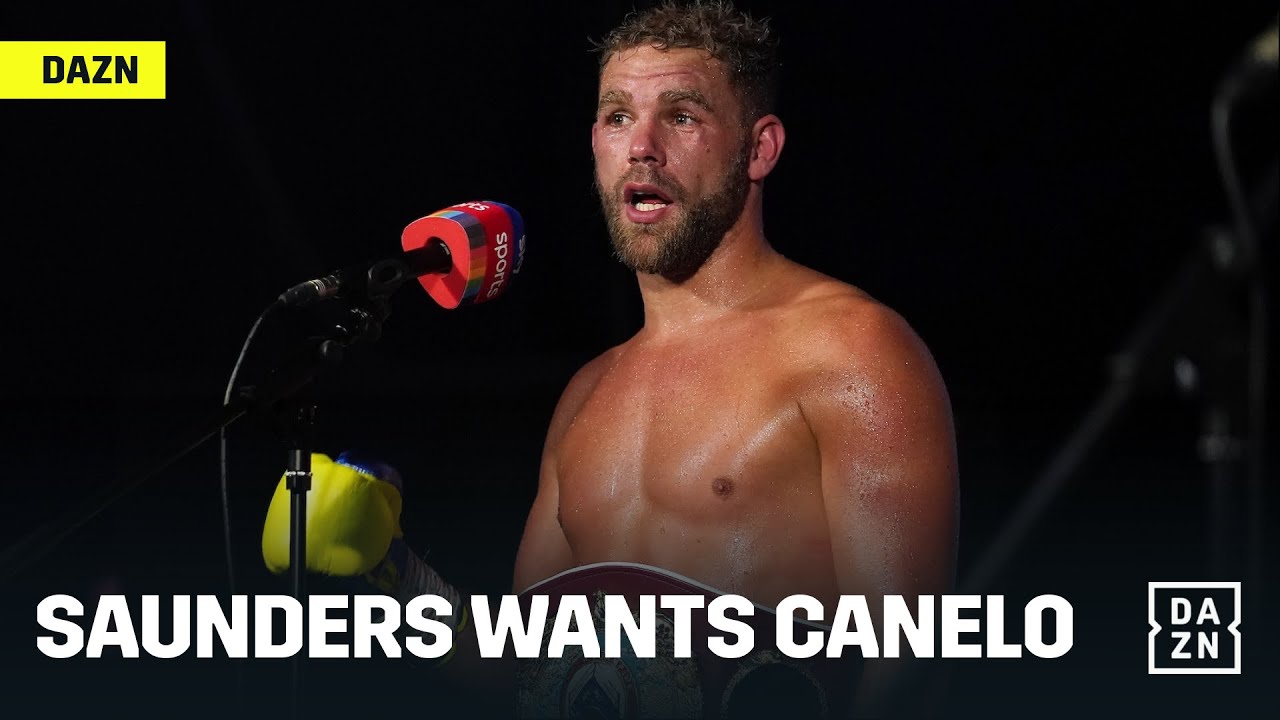 Billy Joe Saunders vs. Martin Murray live updates for tonight’s clash on DAZN and Sky at the Wembley Arena in London, England: 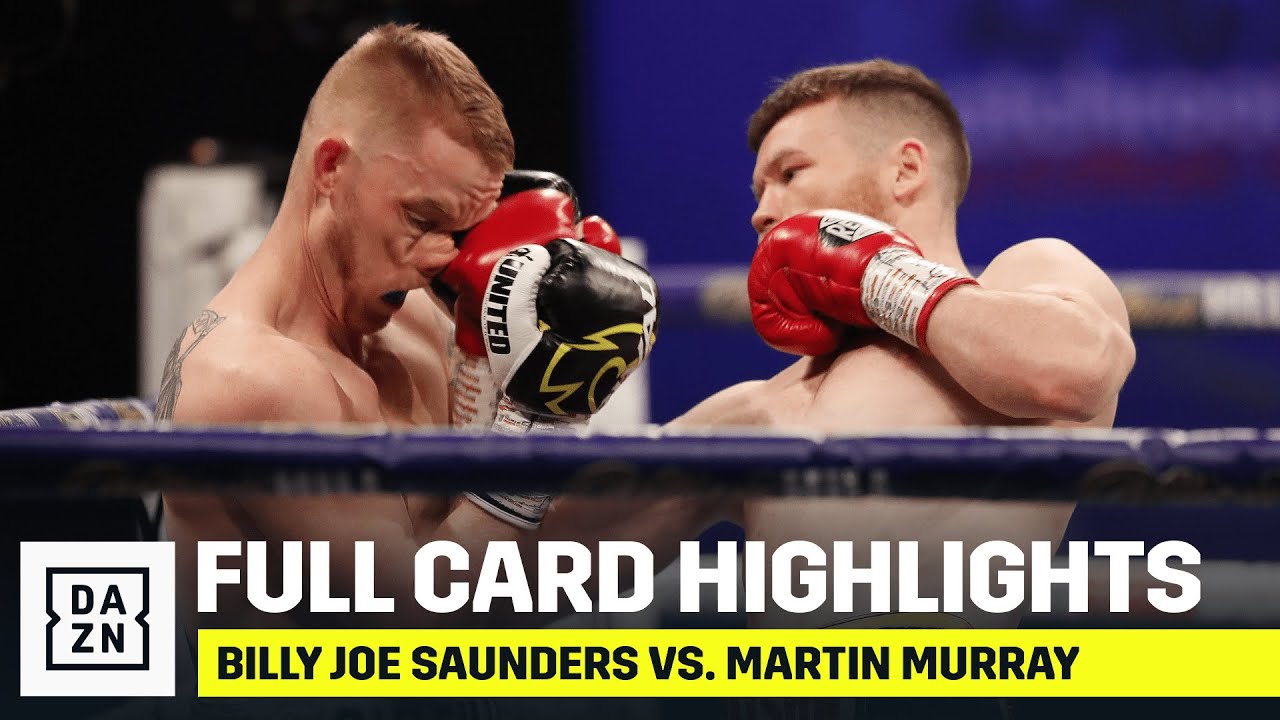 WBO super middleweight champion Saunders (29-0, 14 KOs) will be defending against the capable Murray (39-5-1, 17 KOs) in the headline attraction tonight. Murray, 38, will be looking to go all out tonight

Murray likely knows that this could be the last time he fights for a world title, but you never know. Martin has fought for world titles on four occasions, but he keeps getting chances despite his lack of success.

“I’ve got it in my head that he’s going to want to make a statement and prove to everybody that he’s ready for the Canelo fight,” said Murray to Sky Sports.

That’s the match-up that Saunders has been pining away for since 2017, and he probably would have gotten it had he fought better opposition.

The careful match-making that has been done on Saunders’ behalf has resulted in him being largely invisible in terms of casual boxing fans. Billy Joe has continued to win and nurse his unbeaten record, but he’s faced lesser opposition has done nothing to boost his opposition.

It wouldn’t be a complete shock if Murray were to pull off the upset tonight, as Saunders has looked like a shadow of his former self in his last two fights.

The 31-year-old Saunders had lost something from his game that he had when he defeated Andy Lee by a 12 round majority decision in 2015, but it probably won’t matter tonight.

“When you look at Martin Murray, what’s the point of feeling out through the 12 rounds? This is it,” said Eddie Hearn to Before the Bell. “Everything you worked for in your career, this is one last chance.

“This fight could show signs of that as well, I think depending on how sharp Billy Joe is. I’m mad to think when a fighter moves up in weight, you think, ‘How did he make middleweight?’

“I know he’s not a big super middleweight, but you ask him if he could take an extra eight to ten pounds off yesterday,” Hearn said about Saunders. “There was a part of me that thought that [160 lbs] were his best weight, but I’m not so sure now.

“He has to because he gets to the point where, and that’s why I was so happy to deliver the [Canelo] fight for Callum Smith,” Hearn said when asked if Saunders needs to face the winner of the Canelo vs. Callum fight. “As a fighter, you get to a point, ‘This is my moment. I’ve got to find out how good I am now.’

“But if you’re as good as some people think you are, maybe you beat everybody. I still like Billy Joe against Golovkin as well.

“That’s a good fight. Of course, everybody wants the Canelo fight. We hope that Callum Smith beats Canelo.

“You’ve got Demetrius Andrade, and that’s two fighters that nobody wants to fight, Billy Joe and Demetrius. There’s a bit of history with them. Danny Jacobs is still chasing Billy Joe and Callum Smith,” said Hearn.