Bob Arum: Joshua has a ‘big weakness’ which will see Pulev knock him out… 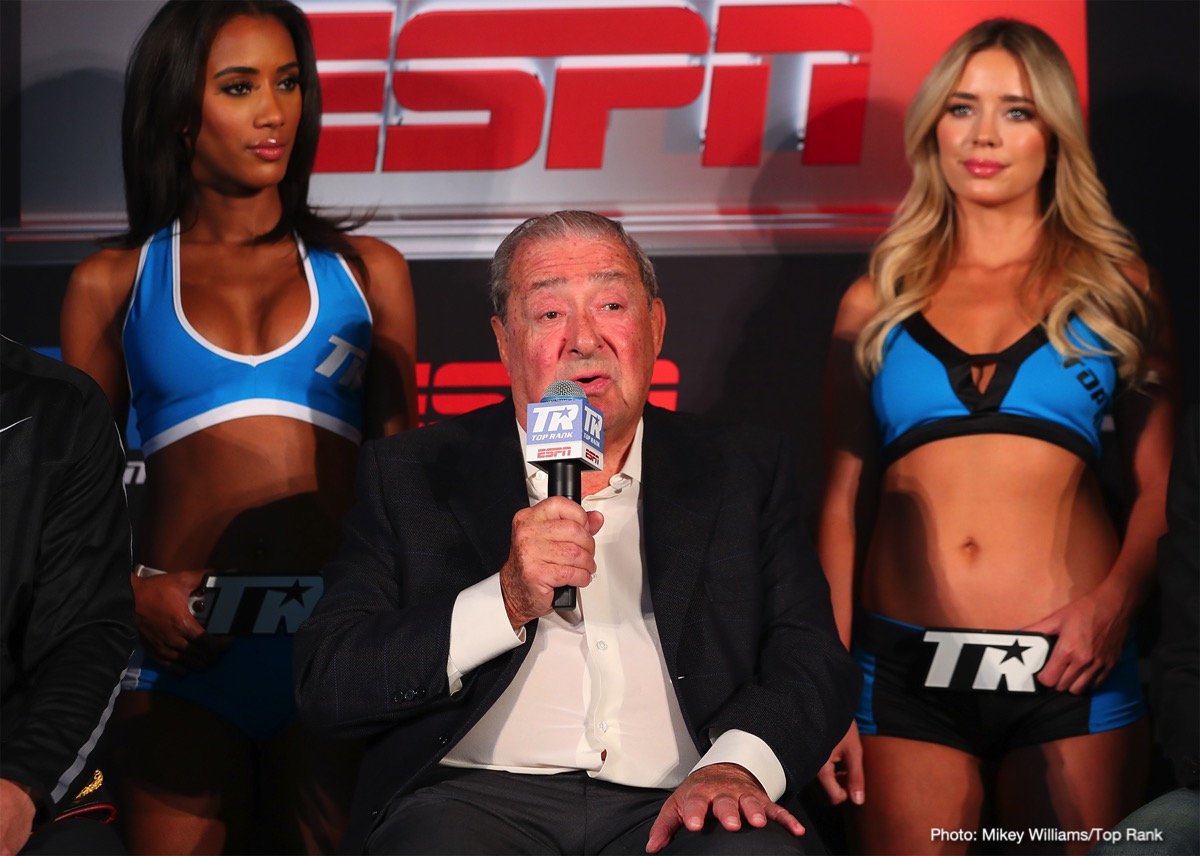 Arum, speaking to Marc Gatford via the Betway Insider blog, said: “Joshua has a ‘big weakness’ which will see Pulev knock him out… but if AJ
wins, the Fury fight ‘belongs in the UK’ if the price is right”

“I believe Kubrat will be able to match Joshua with boxing ability and will have an opportunity to catch Joshua and knock him out. Pulev is very strong and has good pedigree, so Joshua won’t be able to run and do what he did to Ruiz in the rematch.

“Pulev has the ability to corner Joshua and to take him out, so I believe not only is Pulev going to win the fight but he’s going to win it by knockout.”

“We promoted Ruiz 30 times and most of the time he had trouble impacting opponents with his power, so the fact he devastated Joshua so badly indicates to me Joshua has a big weakness and that is his inability to take a punch.”

“I’m not a fool, I’m talking about what I’ve seen: I saw Anthony Joshua got knocked on his ass and thoroughly beaten not so long ago.”

In the news this week, Joshua said he’d take a pay cut in order to stage a fight with Fury in the UK – could that happen?

“If Joshua beats Pulev then the promoters, Frank and me on Fury’s side and Eddie on Joshua’s side, will get together and figure out where the best place to do the fight is and what the revenue differences are at the sites.

“One thing I’m clear about is: the fight does not belong in the United States. If it’s between the US and the UK, the fight certainly belongs in the UK. But if it’s between the UK and some other locations, which might be willing to pay a big site fee, then that’s something the parties will have to consider.

“If it’s a few million dollars difference we might do it in the UK, but if it’s a lot more money then it probably does not make any sense [do it in the UK].

“There are a lot of locations all around the world that want to do that fight, on a weekly basis I’m besieged by calls from possible locations and so is Frank and Eddie. Everybody wants to stage this fight if Joshua beats Pulev.”

What’s the latest on Deontay Wilder’s legal challenge to force a third fight with Tyson Fury?

“It’s all on hold, we are going to see what happens with Pulev. If Pulev beats Joshua there’s no Joshua fight for Tyson Fury because Joshua has a rematch clause. At that point, Fury is out there looking for opponents and I’d think the best available opponent would be Wilder.

“But it’s up to Fury to decide. Wilder has said some weird, Trumpian things that make no sense – he sounded like Donald Trump! Fury took offence and rightly so. If Joshua is not available, Fury will have to decide whether to overlook his remarks and go with a Wilder fight – that’s upto Tyson Fury.”

Does Wilder have a valid legal challenge for a third fight?

“It’s one thing to bring a claim and it’s a second thing to be successful. I believe that Wilder has no rights any longer for a third fight and therefore his claim will be denied. But I can’t stop them from thinking otherwise and taking it to litigation.

“The contract says Wilder’s rights ran out at the end of October and I really believe that contract displays clearly that Wilder does not have a claim for a third fight. Wilder had some surgery but that was taken care of in the contract, a 90-day delay from the date of the proposed rematch in July – and that has ran out.

“But I think we’ll have a resolution on December 12. If Joshua is beaten and is then unavailable, i’ll have a talk with Tyson as to whether he wants to pursue a fight with Wilder.”

Oleksandr Usyk mentioned on his Youtube Channel today that he may split with his promoter – are you interested in working with him?

“We’d be happy to have him. I’ve become friendly with him, a very funny charming guy, and I know him pretty well because of the Lomachenko situation. Top Rank would love to promote him if there are no impediments. He’s a wonderful boxer and athlete but more than that a great person, he’s very smart and a lot of fun.

“He hasn’t reached out but he has the same manager as Lomachenko, Egis Klimas. Egis would reach out to me if there was an opportunity for us to get involved with Usyk, so i’d leave it up to Egis to contact me – we have a great relationship.”