Angel Garcia says Errol Spence is not at 100% for Saturday 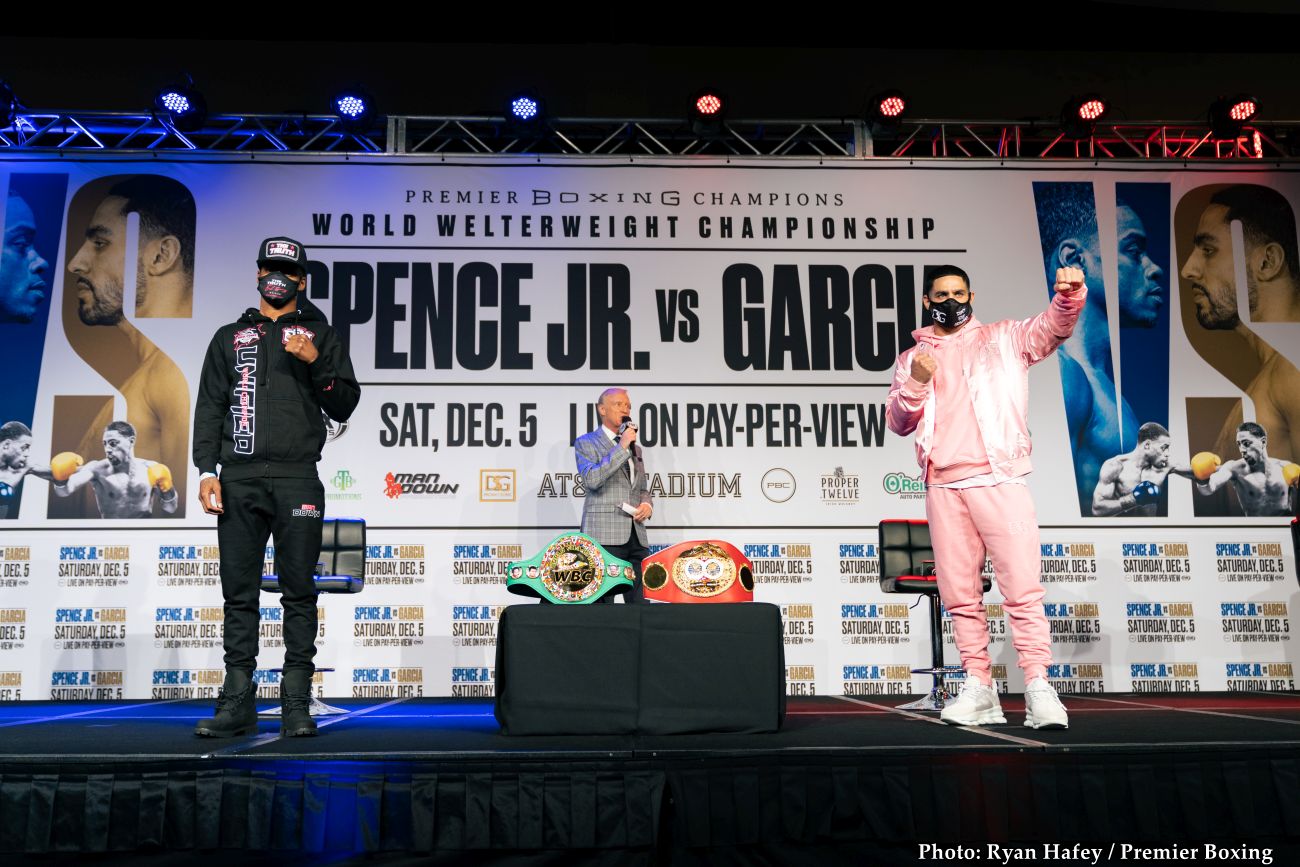 By Dan Ambrose: Danny Garcia might have an easier fight than many people believe against Errol Spence Jr on Saturday night if his father/trainer Angel Garcia is correct with his belief that Errol isn’t 100% after his car crash.

Angel says that despite IBF/WBC welterweight champion Spence (26-0, 21 KOs) having been cleared medically after his accident, doctors make mistakes, and they’re not perfect. He says he’s seen enough of Spence to know that he’s not mentally 100 percent.

If this theory by Angel is correct, Spence might not last longer than a round or two before Danny (36-2, 21 KOs) zaps him with one of his devastating left hooks, and sends him down and out. Of course, if Angel is wrong, Garcia, 32, could be on his way to his third career defeat.

Spence and Garcia will be meeting in the main event this Saturday night on December 5th on Fox Sports pay-per-view at AT&T Stadium in Arlington, Texas. 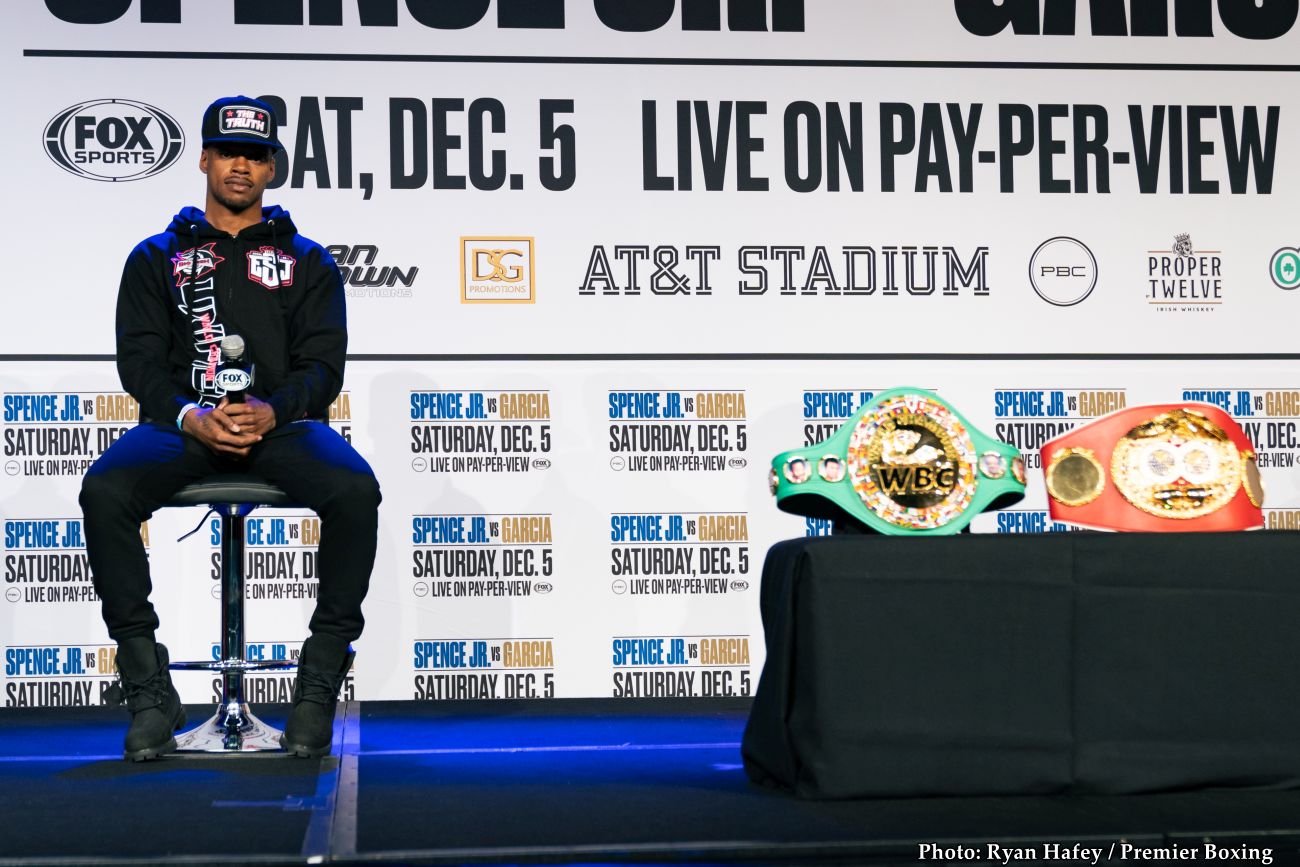 “We’re going after him,” said trainer Angel Garcia about Spence. “We respect him as a champion. He’s [Spence] not there mentally. There’s a mental thing and a physical. He’s not there.

“You could try and lie for him and cover him up. I could see it, man. I’m just reading his spirit. I can see it. You got medical people saying he’s clear. To me, all doctors aren’t perfect.

“I’ve been through s***, and the doctors almost killed me in the operating room. I’ve seen family members of mine killed by medical malpractice. So doctors aren’t perfect all the time,” said Angel

Man, if Angel is right, Spence could be walking into a disaster in facing Garcia, who is arguably the biggest puncher in the 147-lb division. Danny may not be the most talented fighter in the weight class, but his power might be the best.

Spence, 30, could have fought a lesser puncher in returning from his car accident, and no one would blame him. Common sense tells you that Spence shouldn’t be taking a risk against the bigger puncher in the 147-lb division in his first fight back from a car crash.

Spence was lucky to survive the car accident, and now he’s putting himself at risk in that fight could go badly for him.

Danny rates his skills above Spence’s

“Definitely,” Danny said when asked if he has better skills than Spence.

“You’re going to have to see on December 5th,” Danny said when asked if he plans on taking advantage of Spence’s possibly diminished punch resistance after his car crash. 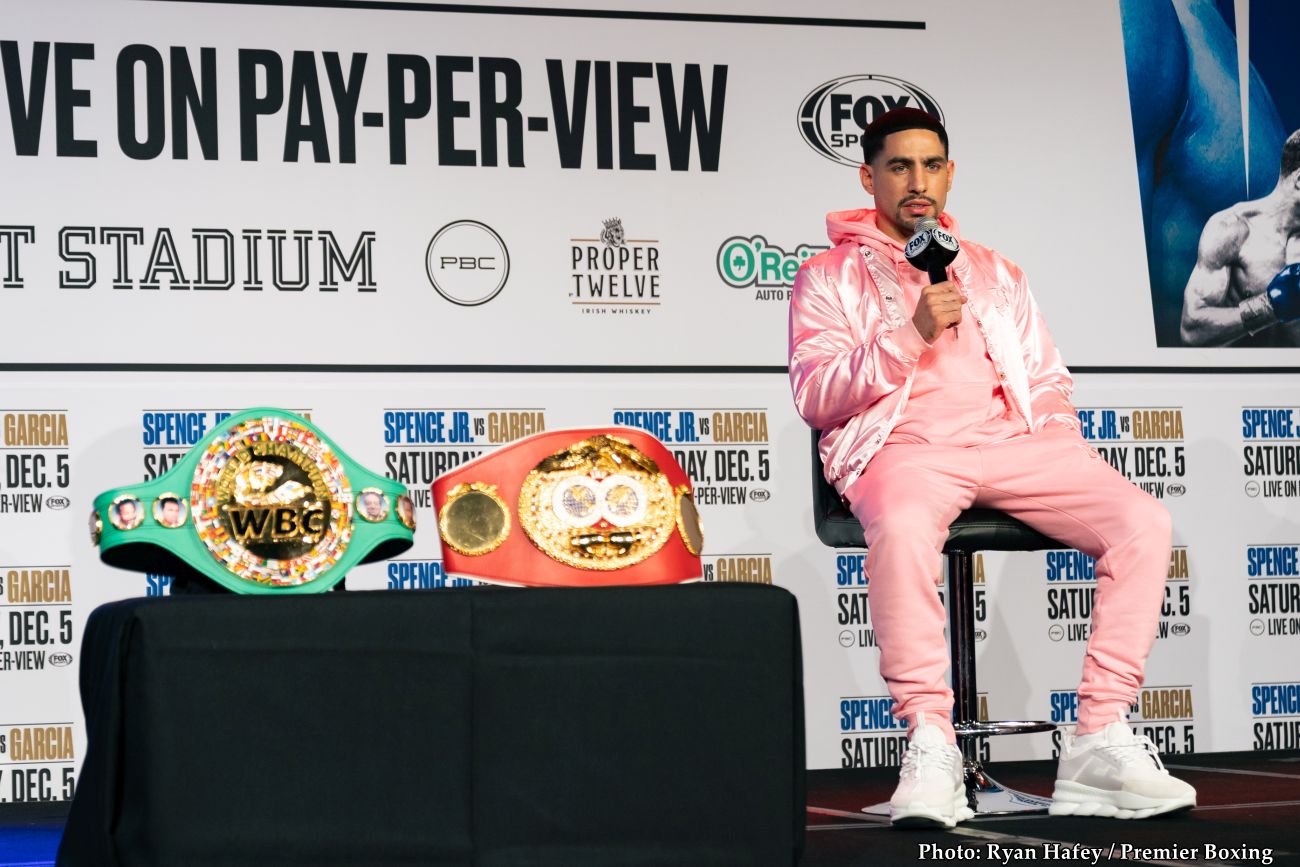 Danny has better defensive skills than Spence, who got hit a lot in his last fight against Shawn Porter. Errol took a career’s worth a punishment against Porter last year, and he was lucky to get 12 round split decision win.

Saunders needs to impress against Murray to get Canelo’s attention »